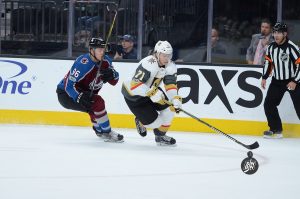 This is what an All Star looks like. (Photo Credit: SinBin.vegas Photographer Brandon Andreasen)

The NHL All-Star Fan Vote is now open. Fans have the ability to vote for the captain of each division for the 3-on-3 tournament being held this year in Tampa on January 28th.

To simplify the voting process, the NHL has selected a few players from each team as the potential options fans can vote on. For the Golden Knights, they’ve selected Marc-Andre Fleury and James Neal.

Here’s the link to vote. 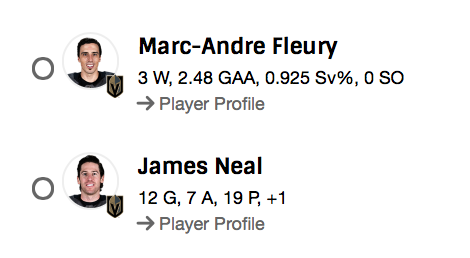 Most teams have three or four representatives, the Sharks and Penguins have five. Vegas got two, and one of them has only played in four games!

There’s only one other team with just two players to vote for, that’s the Carolina Hurricanes. C’mon NHL, you’re better than this.

Nonetheless, it’s still neat to see Golden Knights players and the logo on the ballot, even if all the correct options aren’t available without putting in a little extra work.