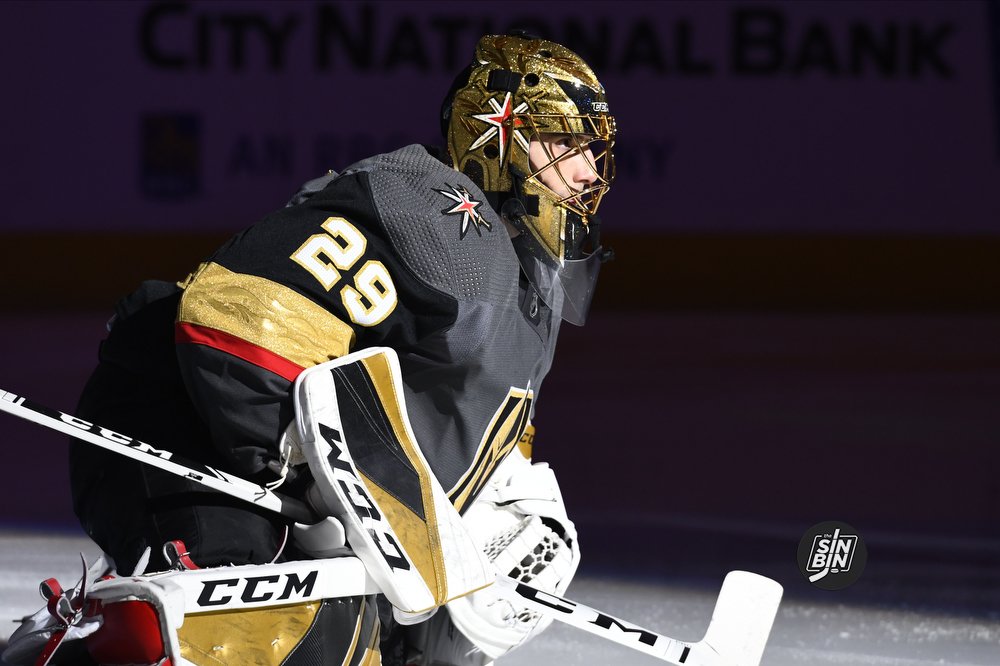 At some point, Marc-Andre Fleury will need a break. He’s in the midst of a seven-game start streak, his fifth-longest regular season consecutive game stretch as a Golden Knight. With Vegas though, Fleury tends to thrive in these situations. When the 36-year-old is given the reins for an extended amount of time he’s been extremely reliable.

Since 2017-18, Fleury has started seven-straight games or more six separate times. His combined point percentage is .666 in those 57 contests and has a losing record just once.

Fleury’s current streak is mostly out of necessity. Going into the season, the veteran goalie was expected to split most of the games with Robin Lehner. With Lehner unavailable, Fleury has played 11 out of 16 games this season and is on pace to start 38. Much more than the coaching staff had planned.

Last night’s performance was a great example of Fleury’s capability. After playing 11 straight periods against Colorado, the 36-year-old was making acrobatic saves late in the game to preserve his third shutout of the year. Even against the same high-powered Avalanche team he faced in four consecutive games, Fleury seemed the least tired player out there.

Now that the Golden Knights have finished their four-game series against Colorado, the upcoming schedule allows some opportunities to rest Fleury. On Thursday night, Vegas will travel to San Jose, a team that struggles to keep the puck out of their own net. Maybe that’s a game coach Pete DeBoer can comfortably rest his netminder. Also, with there being two days in between games, Fleury could have four days of rest before his next start.

As the schedule creeps towards March, the heavy competition goes away for a few weeks. The next eight matchups are against the Sharks, Ducks, and Wild. The Golden Knights are significantly better than all three and the coaching staff should look to use their schedule to spell Fleury some starts, even if Lehner isn’t ready to come back. Vegas will need what we can now confidently say is their number one goaltender fresh for when they face St. Louis and Colorado later in March.

With his third shutout of the season in his pocket, we all know the 17-year veteran will want to play the bulk of the remaining games. Who can blame him? Fleury’s having an All-Star type season, wants to be in the Vezina discussion and prove to his bosses they were wrong. I say let him compete for trophies, just as long as he can take a few games off here and there. DeBoer can save Fleury’s 28 consecutive start streak for the postseason.