Before Christmas, a college hockey showcase took place at the City National Arena featuring dozens of hopefuls looking to be recruited by NCAA hockey programs. I spoke with several college coaches, and not many of them were there to scout goaltenders. Mostly centers and defenseman. I asked why such low interest in goaltending, and one coach told me that all of the good goaltenders in the country have already committed or is currently playing in college. So the odds of finding a goaltender at a college showcase is very low.

What was interesting was this coach went on to explain he tries to sway youth players away from playing goaltender. And he’s looking out for their best interest.

Haha, yeah I’ve heard that. Different goalies and coaches tell their sons to play out in the ice and score some goals. -Marc Andre Fleury

If you’re the number one or one of the older guys a lot of the times they play more. Otherwise you sit on the bench. You don’t improve because you’re not playing. -Fleury

Think about it, in a game only one goalie plays for a team. There’s only two per dressing room. On every NHL roster you’ll notice nineteen positional players and only two goaltenders. So essentially, there are only 62 NHL goaltending jobs in the world. Keep in mind there are roughly 600 other players in the NHL. Pretty tough to make the show with such limited number of netminding jobs.

“The parents pay for a season and the kid sits on the bench all season. It stinks. So I can definitely see that point of view.”-Fleury 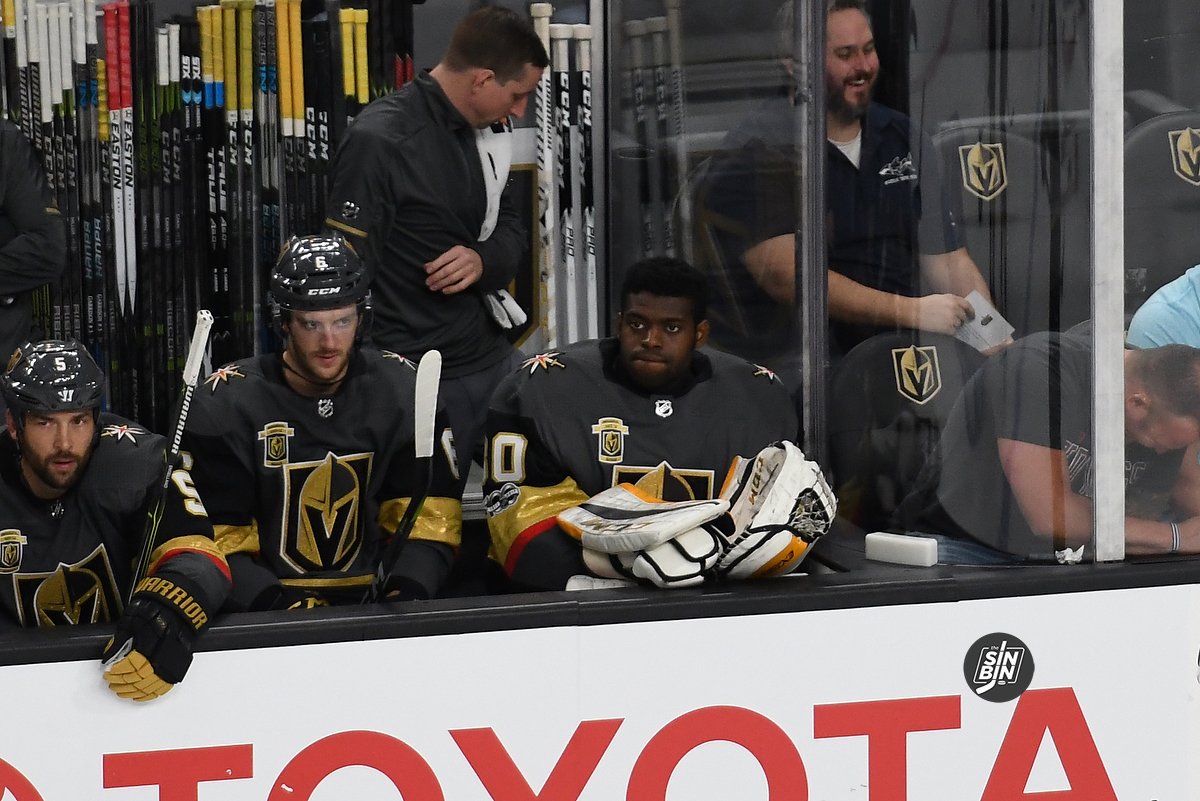 Subban looks lonely on the VGK bench, imagine how it feels for the backup on a bantam team.

Like Fleury mentioned, if a young goaltender isn’t playing then he’s sitting on the bench not improving. Possibly missing out on future opportunities on the ice. A young, less skilled forward or defenseman will get the ice time to work on their craft, a backup goalie does not. Which is why youth and college coaches suggest kids try all positions to see which really fits best. Not all young goalies can be the consensus number one goaltender in the world at age seventeen like Fleury was.

“My mom always thought it was a little stressful watching me playing goalie growing up. People yelling when they scored on me. I just had the most fun out there.”-Marc Andre Fleury

At the youth level the cost of goalie pads are more expensive than other positions. Competition is tight so ice time is limited. Scholarships don’t come easy for goaltenders, leaving parents footing the tuition bill. And if a young goaltender ends up getting drafted, there are less than 100 NHL positions too look forward to. The odds are certainly stacked against them.

So, I guess the moral here is tell your future NHL’er that it’s best to start off as one of the other nineteen positions. I don’t know, tell them chicks dig centers, and d-men are the best skaters on the team. This way they can look ahead to playing in high school, college and possibly further. Unless, of course your child is the next Marc-Andre Fleury. In that case email Dave Prior.