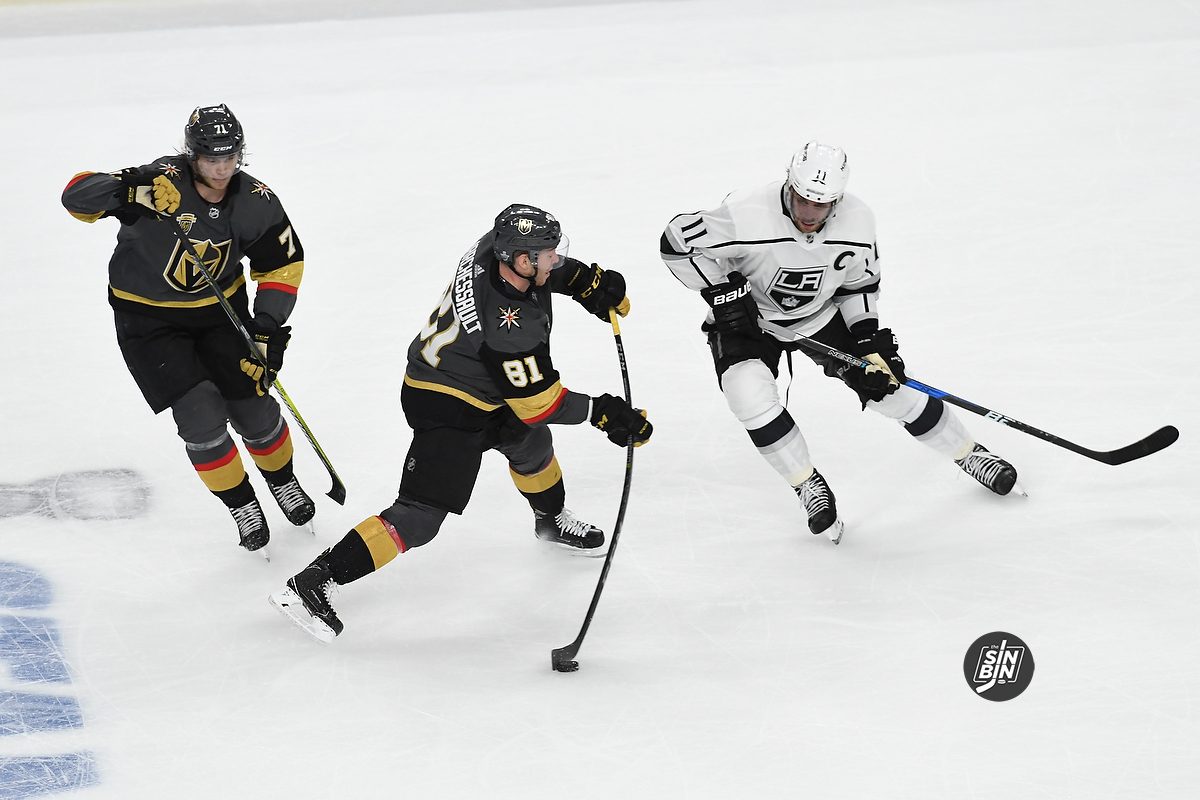 What the heck is happening to our beloved 1st line?!? (Photo Credit: SinBin.vegas Photographer Brandon Andreasen)

Over the course of the first 10 games of the season, the Golden Knights top line of William Karlsson, Jonathan Marchessault, and Reilly Smith tallied 10 of the teams 21 goals. They also accounted for 24 of the team’s 49 points. In short, as we wrote about at the time, they were carrying the team.

Unfortunately, that has come to a screeching halt. In the past five games, the top line has scored just two goals, racked up a measly three assists, and have a disastrous combined -11 rating. They’ve also allowed four even-strength goals after allowing just four in the first 10 games.

To make matters worse, their shot totals, scoring chances, and high danger chances are all down, while their goals against, shots against, and chances against are all up. We also haven’t seen the killer forechecking we’ve grown so accustomed to over the past five games either. Quite simply, they are no longer carrying the team, and with the injury to Erik Haula, that has to change.

I’m not sure I’m ready to say it’s time to break them up, but with the lineup in a bit of turmoil, it has to at least start creeping into consideration. A move like this could ignite Max Pacioretty, it could breathe a little more scoring into the 2nd line, and if reigning Jack Adams winner Gerard Gallant decides to really shake it up it might lead to the return of the balanced attack that the Golden Knights became known for a year ago.

Much like a majority of last season, the top line had been scoring almost three points a game as a unit, but it’s been nearly two weeks since that’s been the case. If it returns, all will be well, but if it doesn’t, that line may look a lot different in the next two weeks.

Man Down; What Now?