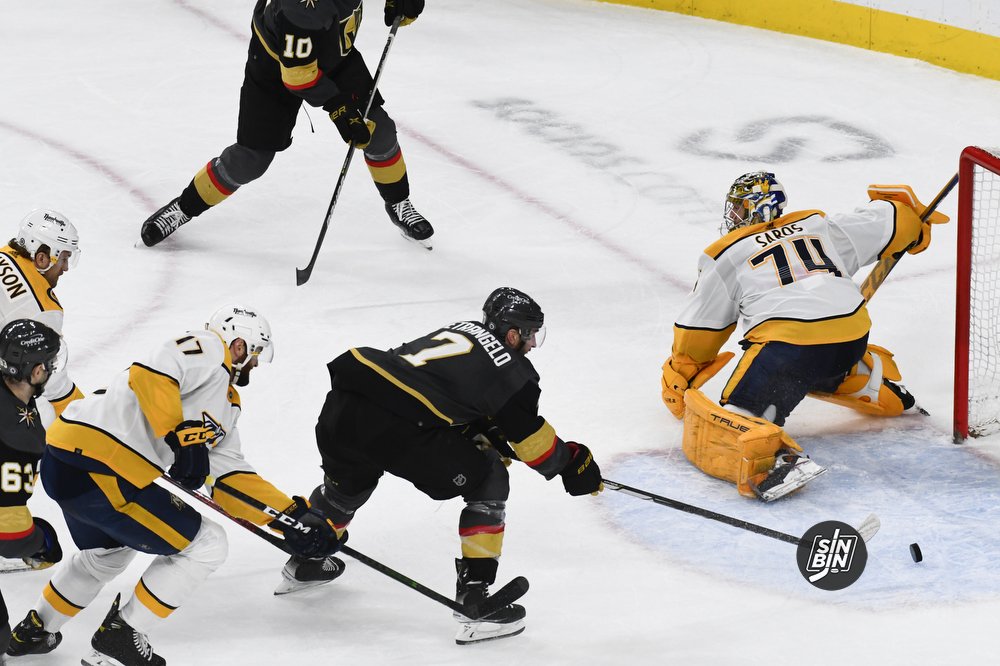 In a sport where the victor usually only needs to score three goals, it’s not terribly surprising that the team who scores first tends to win the game more often than those who concede. But, for the Golden Knights, it appears scoring first goes much further than simply putting them one step closer to three.

The first goal is a difference-maker for our group. Early in the season, we were getting it all the time, then we went through a stretch where we weren’t and we were playing from behind and that’s tough for our group because we aren’t scoring easily. -Pete DeBoer

During the five-game win streak, the Golden Knights have scored the first goal in all but one of the contests. In fact, not only have they gotten the first goal, but they’ve even scored the second in four of the five games as well.

What has happened for the Golden Knights when they get the lead is that they seem to settle into the game and play the style that makes them most dangerous. That style includes mucking up the neutral zone, taking safe possession-seeding exits out of the defensive zone when under pressure, and making good decisions with the puck to limit transition chances going the other way.

The team that has scored first has won 13 of the Golden Knights’ last 15 games with the two outliers both resulting in Vegas wins.

It’s the second goal that has been even more telling though. In each of the last eight games, the team to score first has also scored second. When Vegas gets the first goal, they tend to play a much safer style that makes life difficult on their opponent. Then, when mistakes are made, the Golden Knights are excellent at capitalizing.

On the flip side, if the Golden Knights concede first, their own transition chances dry up which often leads to the issue that has plagued this team for years, ineffectiveness with extended offensive zone time.

Down the stretch, the Golden Knights are going to need to win a majority of the games left on the schedule. The number of times they score first will likely have a huge impact on whether or not it happens.

It’s All About Points Not Image For The Golden Knights