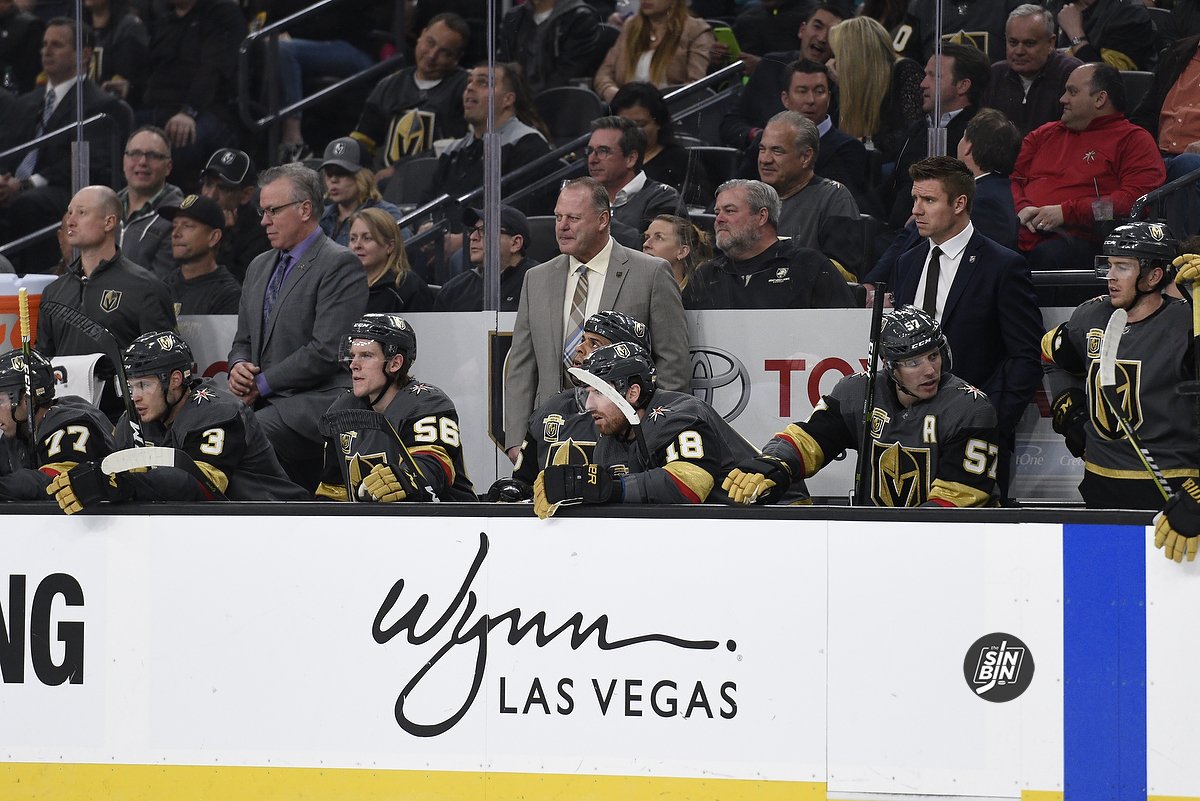 Gerard Gallant doesn’t sugar coat. He hasn’t in the past and he didn’t after the first 20 games of this season. So far, he isn’t impressed with his team’s start.

It’s way, way too early to panic. Vegas’ roster is incredibly talented and the team will have plenty of time to perfect their game before the postseason. However, if we’re calling out poor play, the first quarter of the season left a lot to be desired. Sure, Vegas has four more points through 20 games this season, but there are areas of concern.

Last season the Golden Knights had 12 games in which they scored 2 or fewer goals, which was a major reason why they struggled out of the gate. To start 2019-20 Vegas has had 9 games in which they couldn’t muster up enough offense. You could make excuses for last season, but when the team adds Mark Stone to the mix it’s hard to comprehend why they’ve scored so little.

Another puzzling area of concern for the Golden Knights is their poor play against inferior opponents. In 2018-19, Vegas mopped up on non-playoff teams early, going 7-3-1 in their first 20 games. This season the Golden Knights are 4-4-1, and realistically their record could be worse. Remember that game in Chicago?

Also, Vegas is 3-2-3 in one-goal games in 2019-20. At first glance, 9 points in 8 games, not bad. Realistically, the coaching staff looks at that record, cringes, and sees six lost points. Overtime losses earn a point but they still count in a losing streak, which the Golden Knights are on a four-game losing streak. The 2018-19 team only lost three in a row in their first 20.

So does Gallant have a reason to be upset with his club’s start? Sure, but we also know how reasonable can be. Will you be shocked when Vegas rattles off 5, 6, 7 wins in row? Gallant won’t be.