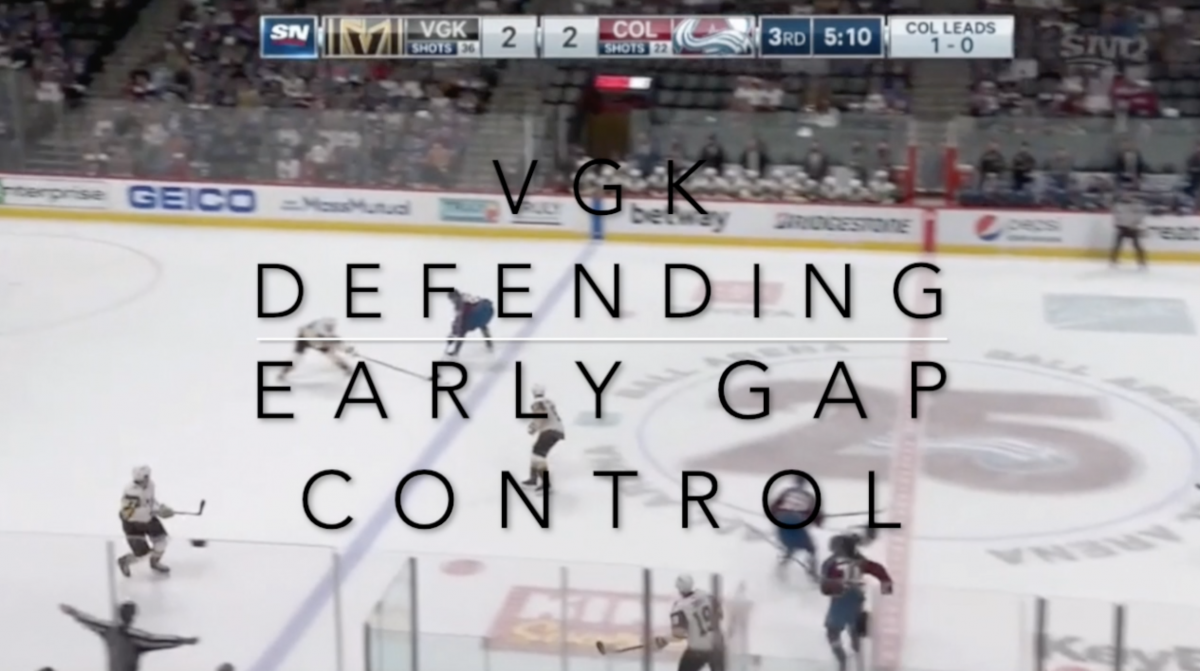 The Golden Knights turned things around from Game 1 to Game 2 defensively. One of the main reasons for the difference was the way they were attacking the Avs speed through the neutral zone.

In today’s film breakdown, we look at the importance of gap control, and especially early gaps, against the Colorado Avalanche.

One of the biggest reasons why the Golden Knights looked so much better in Game 2 than Game 1 was how they defended. They were much more aggressive with their gap control, which helped neutralize Colorado's speed.

I illustrate it in today's film breakdown… pic.twitter.com/Stm4gAaaUY