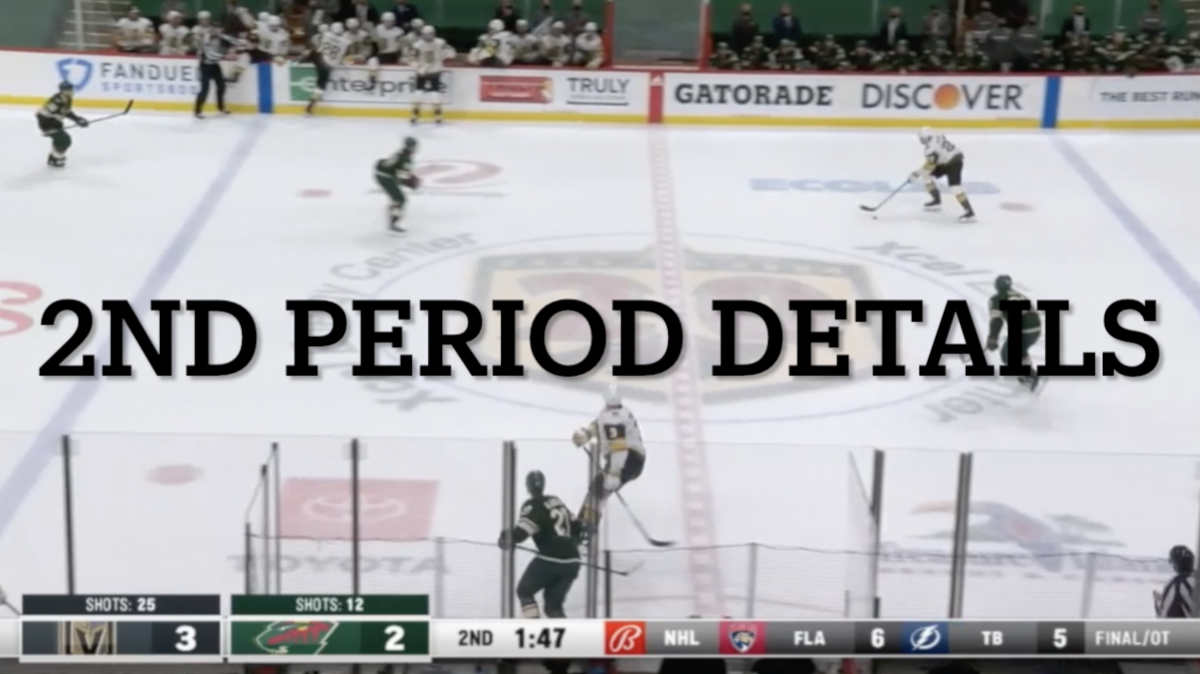 The keys to the turning of the tide was in the details, which I point out in this episode of film breakdown.

The Golden Knights needed a massive response in the 2nd period after a disappointing 1st.

They did just that overcoming a 2 goal deficit, taking a lead, and outshooting the Wild 22-5.

The keys to turnaround are in the details which I illustrate in this film breakdown. pic.twitter.com/Y20iWXch8q

Wild Continue To Give Life To Opportunistic Golden Knights