Las Vegas was a starving sports city for decades before the NHL made it’s mark in Southern Nevada. The city had been turned time and time again by pro sports teams rumored to make the move to Sin City, unfortunately it was all talk and no action. In 2017, the landscape changed, and the Golden Knights took the sporting world by storm. In that cyclone the sport of hockey became incredibly popular in the valley and not just among men.

It’s estimated that VGK’s fanbase is made up of 40% of women. It could be as simple as the NHL being the first major professional league to operate in Las Vegas, or hockey is so damn entertaining that it draws in women just as much as their male counterparts.

According to NHL research, 37% of hockey fans are female, including an eye-popping 26% growth in that demographic since 2016. Most of those new fans are likely within the coveted 18-49 age demographic, too, since nearly 40% of all NHL fans are under 50.-Boston Globe

Any fan that has attended a Golden Knights game have witnessed groups of women enjoying a night at the rink. From season ticket holders, to casual or diehard fans, women are showing up in droves. While it might be a surprise in many NHL cities, it isn’t to anyone who has stepped in to T-Mobile Arena.

We’re seeing more player interviews, family moments and those heartfelt things that happen off the ice, as well as this mix of the great highlights that we’re also seeing. That’s been really great to help get more people in the game because people who don’t know the sport will connect more with the human moments. And then the highlights will keep their attention.-Kali Mack, NHL’s Youth Advisory Board

We’ve seen dedicated VGK fan clubs run and organized by women. Social media sub groups have rapidly grown over the years. Player jerseys, jean jackets and golden shield tattoos have become commonplace for women in Las Vegas. Let’s not insult some in the fanbase, women aren’t in it to socialize, they want to win. 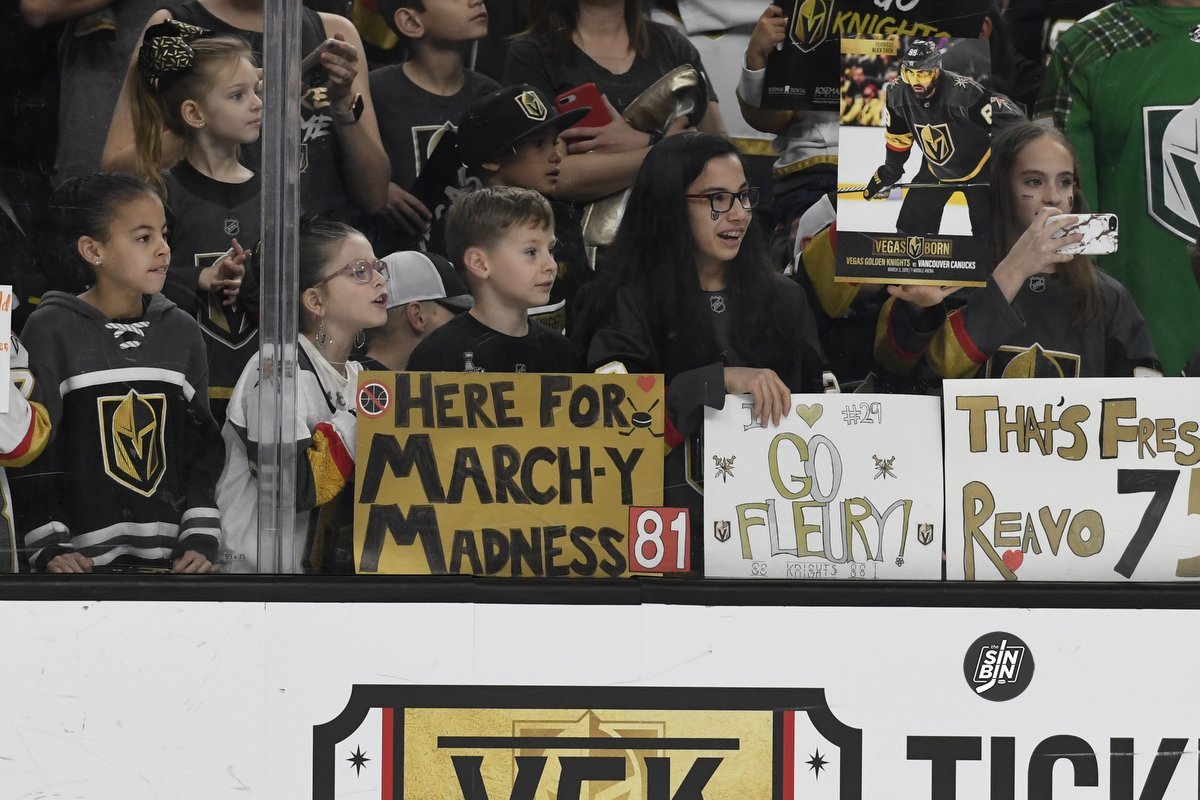 The league uncovered that the ratings jump was largely due to more women tuning in. TNT offered a lighter alternative to the boring over analysis other hockey networks produce. Studies proved to the NHL women were more drawn to off-the-cuff type coverage than intermission propaganda.

Not only do we want to give our avid fans the content that they love, but how can we share it with casual and new fans and make sure that they feel welcome. -Heidi Browning, NHL’s Senior Executive VP

Another promising trend for the league was the increase of younger fans over the past few years. Now that the NHL has a bigger footprint on social media, TikTok, and Twitch, it’s been working in their favor. NHL researchers found that 80% of their digital audience were Gen Z’ers and Millennials.

They’ve taken a less professional approach to their marketing. And I mean that in the best way possible. It’s so much more personal. I truly believe that social media is basically an elevator pitch, you have two seconds to capture somebody’s attention. And I think in the NHL that’s entirely reflected in their marketing strategy recently. They’ve done so much better with sprucing up all of their content.-Aiden Gunn, NHL’s Youth Advisory Board

The commissioners office projects higher revenue from the fresh injection of newer and younger audience. The league may be behind the other three major leagues in evaluation and popularity but growing their product to a diverse crowd is a start in the right direction.

Should The Golden Knights Trade For Matthew Tkachuk?