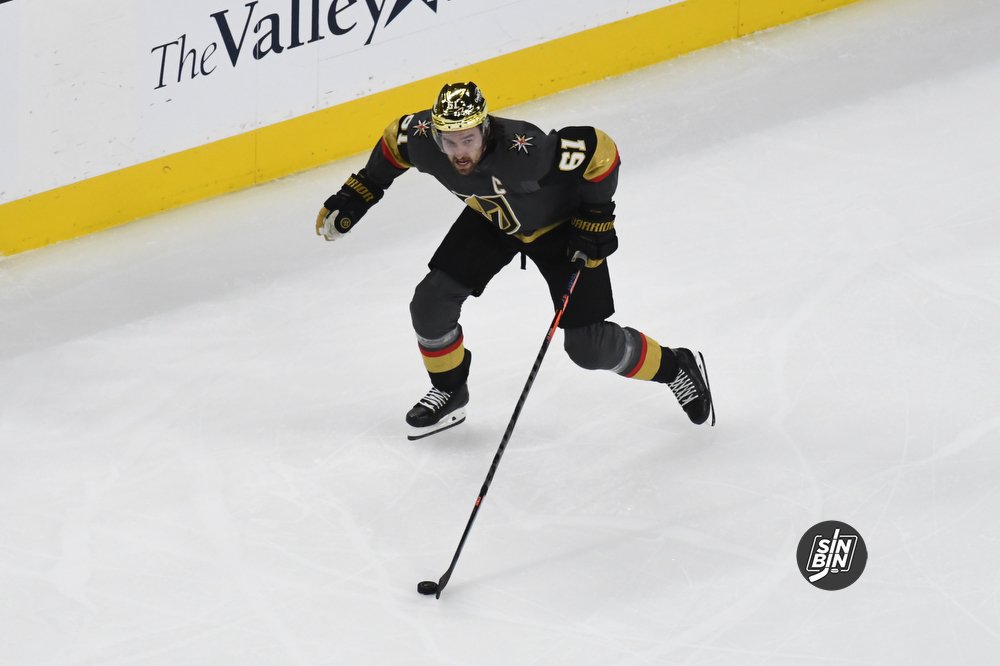 Last season the Golden Knights missed the playoffs. This offseason they traded away Max Pacioretty, Evgenii Dadonov, and Dylan Coghlan and watched Mattias Janmark leave in free agency. Then, they found out starting goalie Robin Lehner will be out for the season after undergoing double hip surgery.

The combination of all of this has many believing the team not only is no longer a true Cup contender, but wondering if they are even a playoff team at all anymore.

The Golden Knights captain has taken notice of these opinions.

That’s fine. People can think what they want. After spending the summer in Canada, you wouldn’t believe how often I was told how bad we were. It’s great. I like that. All of a sudden we’re David instead of Goliath. It’s alright. I believe in this team. I believe in the guys, I believe in the leadership. –Mark Stone to Gary Lawless on NHL.com

So has the presumptive starting goalie.

It was too long of an offseason for us, and I think we’re hungry. The whole hockey world is doubting us right now, so we’re looking forward to getting back at it and showing people wrong, proving people wrong. It’s similar to how my career is, everyone has always pushed me to the side. I like it for our group, like I said we’re going to come out hot and hopefully prove a lot of people wrong. –Logan Thompson to Fox 5 Las Vegas

Even Jack Eichel got in on the action, seeing himself listed at #41 on NHL Network’s top 100 players list.

Obviously, I haven’t put a lot on tape over the last two years so I’m not going to argue with that. Do I think I’m the 41st best player in the NHL? No, but I don’t care about their rankings. –Eichel to Gary Lawless on NHL.com

It appears the Golden Knights are officially past the woe-is-me stage and are into the fiesty, almost angry, prove-you-wrong phase many non-playoff teams go through.

Vegas isn’t used to missing the playoffs and they really aren’t used to entering a season anything other than the Pacific Division favorites and Stanley Cup favorites.

They are neither this year and it appears to have struck a nerve with the roster. To a degree, it’s similar to the first season when the team banded together under the Misfits moniker. That team had an axe to grind with every team in the NHL and they made it their mission to embarrass as many as they could. This team seems to have its anger more pointed towards the rest of the world, which could be even more powerful.

The Golden Knights are confident in themselves and they are confident enough to take on all those who challenge them head-on. Now they need to do what the Misfits did and transfer that energy to the ice.