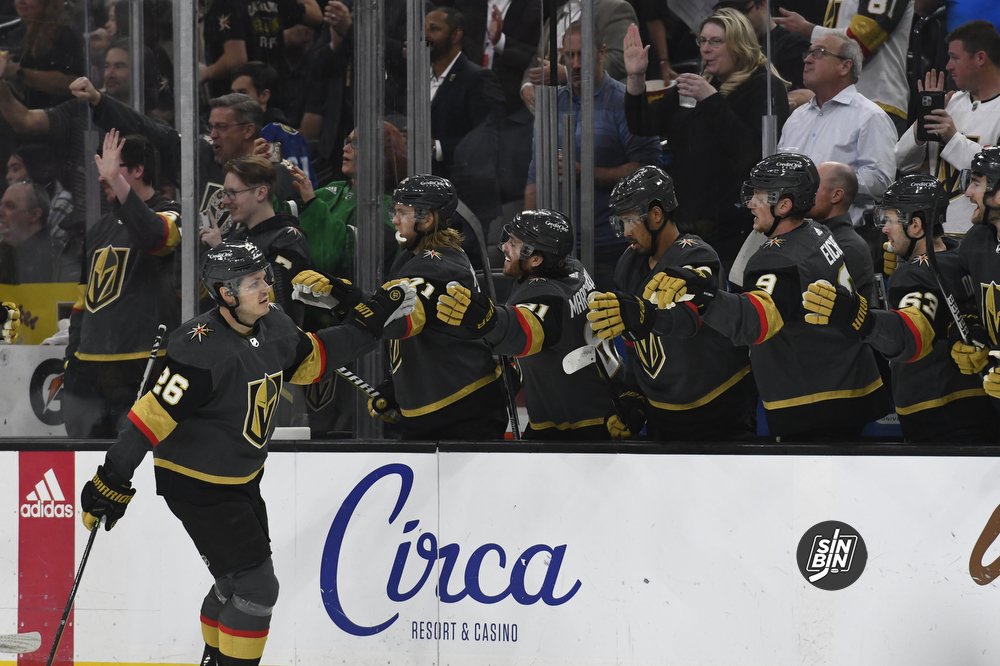 The Golden Knights are no stranger to the playoffs. They’ve been there every year in the history of the franchise. But they’ve never been in a true playoff chase before and have really never been in a position in which there’s a true chance they don’t qualify.

While the cliche states “the playoffs have already started for us” the fact is it’s not quite the same. Due to the nature of the schedule and compounded by the mathematic oddity that comes with the loser point, simply winning games isn’t always enough when you are hunting down a playoff spot.

On February 8th, the Golden Knights led the Pacific Division in points and points percentage. 34 days and 17 points won later, they had fallen to 4th in the Pacific, 12 points out of 1st, and on the wrong side of the playoff cut line. It was a drastic fall and it happened in the matter of just over a month.

On March 24th, the Golden Knights were still a point out of a playoff spot and beginning a stretch of the schedule that looked very winnable. They did just that and have continued by beating playoff caliber teams like Calgary, Nashville, and Washington. Last night’s OT victory pushed them to 8-3-1 yet they haven’t moved an inch in the playoff standings. 28 days later, Vegas still sits on the outside looking in, now two points behind Dallas who has a game in hand.

It feels like we’ve been down 2-0 in a playoff series for about a month here. We’ve been doing a good job and winning games but you don’t get that much closer, you don’t get to 2-2 if you win two in a row. -Mattias Janmark

It’s the perfect analogy and you can tell it’s wearing on the Golden Knights players. They’re doing their part, but it still hasn’t been good enough.

Like the feeling when you are down 2-0 in a playoff series, the climb seems nearly impossible. You have to win four times in five games against a team that just beat you twice in a row. But, one game can change everything, and that’s exactly where the Golden Knights are right now.

Tonight in Calgary, the Flames host the Dallas Stars. If Calgary wins in regulation, the Golden Knights are right back in control of their own destiny. Assuming Vegas takes care of business on Sunday, Tuesday’s game in Dallas between the two teams becomes a true playoff type game where winning not only helps yourself, but damages the direct opponent as well.

Vegas’ climb still looks like it hasn’t gotten them anywhere, but one game tonight could change that in a hurry.

In many ways though, it’s really like the Golden Knights are down 3-0 in the series now. Dallas could help them out by dropping their 3rd in a row, but the fact remains, if the Golden Knights don’t win them all, nothing else will matter.