February Is More Than A Light Schedule For VGK 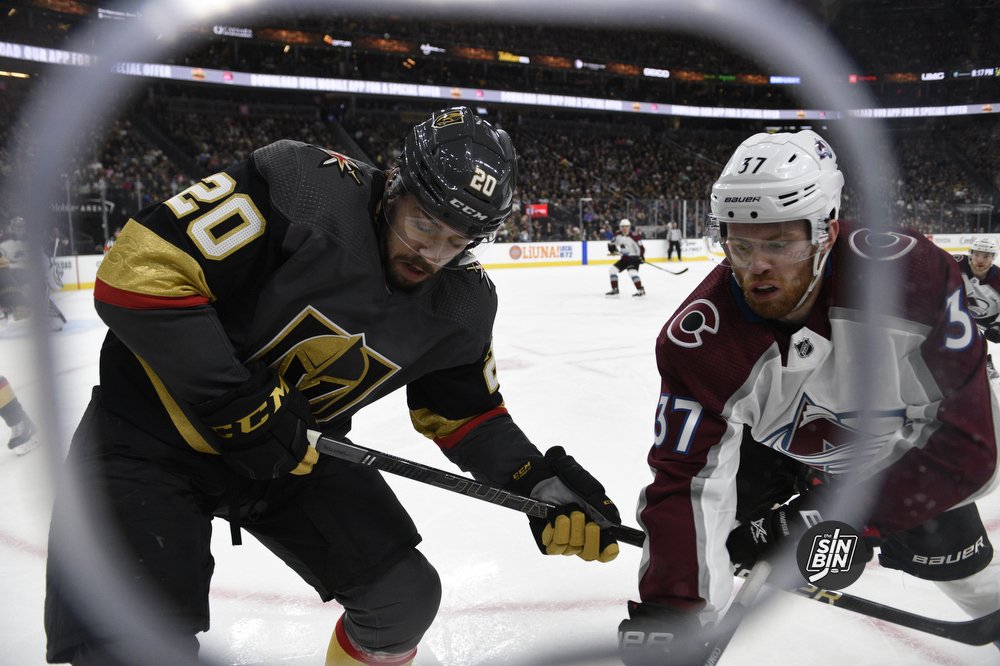 Now that All-Star weekend is through, the Golden Knights will prepare for an extremely light February schedule. With only eight games this month Vegas will have a chance to take advantage of the unusual time between games. The Golden Knights’ first game of the month was last Tuesday’s 5-2 victory over the Buffalo Sabres and have six days in between their next game.

Six days is normally an eternity for NHL teams to wait between games, but for VGK, it’s going to start to fee normal.

February Schedule (Days In Between Games)

Too Much Healing Time?

Will time off help or prolong injuries? Might seem like a stupid question but with so few games this month it may impact a player’s progression. Let’s be honest, Mark Stone’s back could use an easy month. He may be having fun shooting pucks in the Bellagio drink but chances are his back still aches. With a lighter than normal schedule, his soreness should decrease. Then there’s the Jack Eichel situation. A light month makes for more games in March and April in which the star center can build chemistry with his new teammates.

Pacioretty on the other hand needs more action. More games, more minutes, more shifts. The sharpshooting winger needs to get his accuracy, stamina and timing set for the postseason. If Pacioretty plays all remaining games in February he will have dressed for only 26 of them on 140 days. It’s difficult getting into a rhythm. Of course, you can say that for any player that misses extended amounts of time but Pacioretty is Vegas’ biggest offensive weapon. It’s likely the team won’t score enough if he’s running out of gas in a postseason game.

In the Pacific, Calgary and Edmonton will be on the ice more than the rest of the division. Vegas will see both on back-to-back nights after the All-Star break. Their first opponent, the Oilers have 12 games in February. The Flames are scheduled for 11 this month. Depending on how the perform both teams could make or break their season. Also, like Vegas, Anaheim and LA both have light schedules. It’s possible the extra days off disrupt either the young and energetic Ducks or overachieving Kings.

The Minnesota Wild will have two more games this month than the Golden Knights but currently have two more points in the overall conference standings. Vegas isn’t necessarily chasing a team from the Central but there’s a good chance they face off early in the postseason. As of right now, the Golden Knights and St. Louis Blues would duel it out in the opening round of playoffs. Not sure that’s the matchup Vegas wants to see first, although it’s not like Minnesota would be any easier.

It’s possible the Golden Knights roster this month will look much differently in March than it does right now. Without any additional injuries, Vegas will need to make room before Eichel’s highly anticipated debut. The front office will have to do more than massage the cap in order to make it happen. Difficult decisions will be made. By the end of this month is it possible we’ll get an idea of the front office’s plans.

Of course none of this discussion would have mattered had NHL players traveled to the Beijing Olympics. Under those circumstances, we would be arguing if time off would hurt Vegas’ momentum. However, the same salary cap strain exists so a trade or a player landing on LTIR would have to happen.

In short, the light month should benefit the Golden Knights. Lingering strains and tweaks could heal faster with fewer minutes and stress on the body. Extra practice time will help the coaching staff prepare Eichel for his on ice role, as well as allow more observation time for the front office. With only seven games remaining in the month, February should answer several questions.

Starting with, how did Alex Pietrangelo win the Breakaway Challenge?