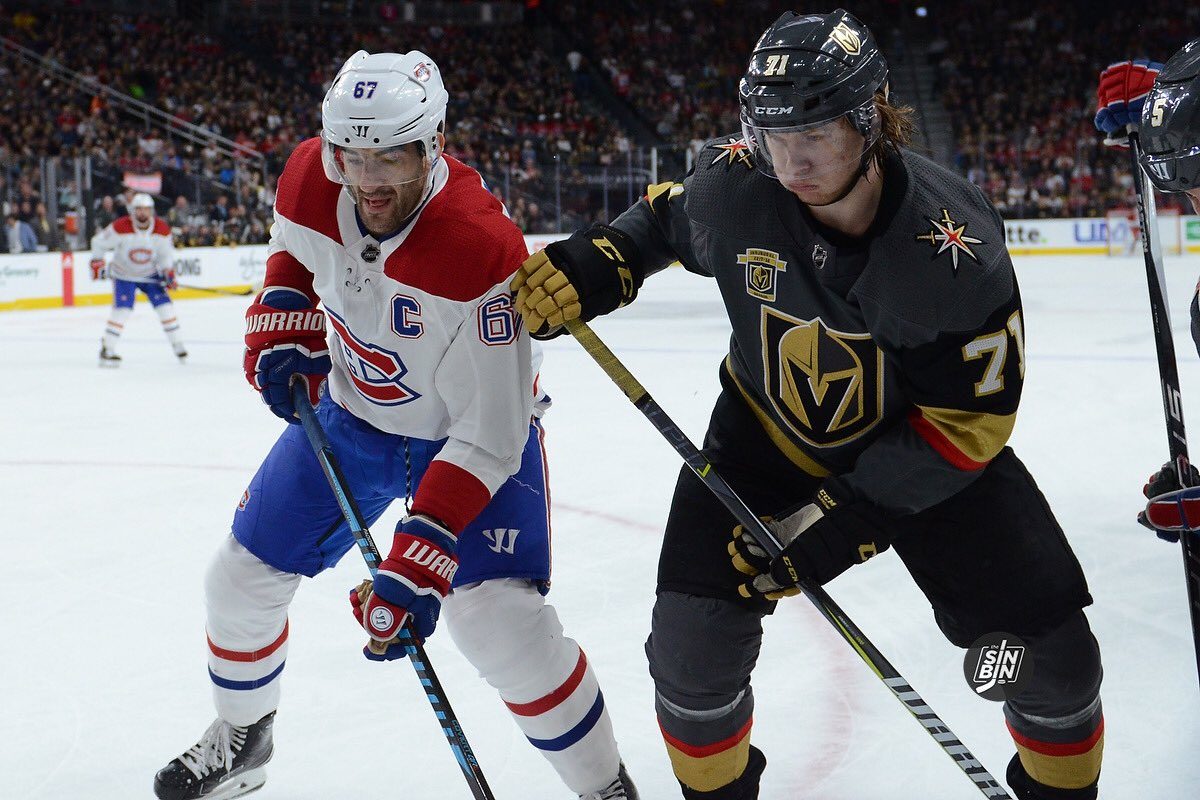 The final score didn’t get in the way of a night Pacioretty has since called “one of the most memorable” of his career. (Photo Credit: SinBin.vegas Photographer Brandon Andreasen)

The French-Canadian media had packed up and shuffled out of the visiting team’s locker room after a 6-3 Golden Knights victory. There were only a few of us (local media) leftover when Montreal captain Max Pacioretty stood by his stall looking to chat. A few questions and three and a half minutes later, I knew I had a few gems.

That quote ended up creating a bit of a storm back east as some Habs fans took offense to Pacioretty’s comments. The next day, sports talk radio hosts in Montreal were trying to calm down unreasonable fans. Realistically, the veteran NHL’er was being a good team ambassador praising the newest franchise.

Everyone around the league that I’ve talked to that has already played here said the same thing and I just said, ‘oh yeah that’s great,’ but when you experience it for yourself, that was a treat to play and I wish we played them more than once a year. They do such a good job with the entertainment in this building. It was really a lot of fun except for the result.-Pacioretty 2/17/18

After another lopsided Montreal loss, I was shocked how open Pacioretty was, and I believed every word. It wasn’t lip-service. He really did enjoy playing at the T-Mobile Arena. The music, the in-arena entertainment, the Las Vegas pageantry, Pacioretty loved it all. For one February night in Las Vegas, in the midst of a tumultuous season, the 29-year-old had fun just playing hockey.

Until I saw it with my own eyes, I didn’t really believe it. I’m not sure exactly what I said something along the lines of it was one of the most amazing hockey experiences of my life.  -Pacioretty

After that postgame exchange, I got the feeling Pacioretty would consider playing for the 31st franchise. On Wednesday, he essentially confirmed that.

As soon as I left the rink, I still had goosebumps, I was all fired up after we played them. And I said to my wife, if I’m a free agent, we’ve got to come here, this place is unbelievable. -Pacioretty

The veteran forward has played in traditional hockey markets his entire career, going back to high school. So to hear him speak about getting goosebumps in a “desert” market is an ironic jab to the hockey traditionalists.

Imagine that place in the playoffs. It would be crazy. -Pacioretty 2/17/18

Pacioretty won’t have to imagine anymore.

…so we went on YouTube and we put in the show and it was all the playoff shows. It was the Imagine Dragons playing before the teams came out, it was the ceremony before each round and I feel like this organization has changed the game. -Pacioretty

The Pacioretty acquisition should really encourage Golden Knights fans. More visiting stars will play here, fall in love, and want to sign with Vegas. #67 may be the beginning of a potential flow of future free agents.