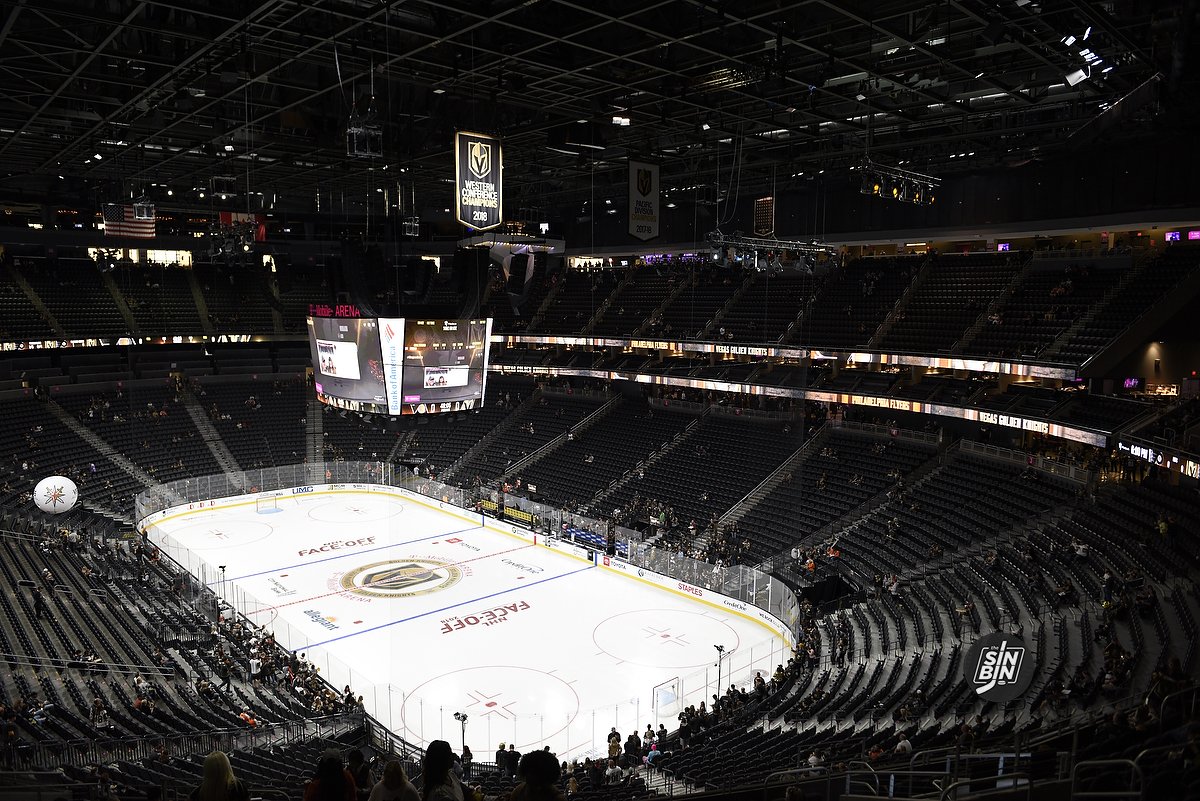 We’ve pretty much all resigned to the fact that the next time we see live hockey, it will be played in an empty arena. With all the discussion of the NHL’s phases, hub cities, and the return to play scenarios, fans remain an afterthought in the grand scheme of completing the season.

However, that doesn’t mean that door won’t open back up assuming the spread of the coronavirus continues trending in the right direction as it has over the past few weeks.

During an interview on NBCSN, Gary Bettman alluded to the league keeping their options open for the possibility of fans returning to the arenas at some point during the playoffs “depending on where the world is” at that point.

With all the restrictions still in place across the US and Canada that seems like a pie in the sky idea, but The Creator seems to believe it might be possible much sooner than most would believe.

Fans will be watching it on TV, certainly through the play-in round. I’m hopeful that by the time we get to August 10th, 1th, or 12th that we’ve successfully come across (the pandemic) and we’re back from the dark side. Then we can start getting some fans in arenas and start playing at home and away. That’s what I’m really hopeful for but we just don’t know. –The Creator on Vegas Hockey Hotline

Speaking on the Vegas Hockey Hotline on Friday, The Creator made it clear he is ready to get fans back in the building as soon as it’s safe, even if it doesn’t mean a full 17,500 capacity crowd we are used to at T-Mobile Arena.

I’m hoping if we take long enough that we may be able to get back to some sort of social distancing but people being in the arena, even if it’s only 4,500 people or 5,000 people. I don’t see a reason why we shouldn’t be able to get to that point. –The Creator on Vegas Hockey Hotline

Obviously, this will all come down to the health and safety of the public, but rest assured the owners in the NHL are not going to wait long once the go-ahead is given that fans can once again be in arenas.

Hockey is based upon gameday revenue, that’s the whole key to the success of an NHL team. If we don’t have gameday revenue, I don’t know what’s going to happen, it’s pretty scary really. I’m just hopeful we get through this situation and we can get back to having fans in the arena. –The Creator on Vegas Hockey Hotline

The league must have plans for neutral sites, but those plans would evaporate almost instantly if there is any way to resume making revenue from gate receipts.

The NFL’s plan remains to play their season as scheduled with fans in the seats. Their first regular season game is scheduled for September 10th. Hockey would likely be wrapping up the second round at that time.

The NHL may wait for the lead of football, basketball, and/or baseball but there’s no way the Golden Knights would be playing behind closed doors for long if other leagues are playing in front of paying fans.

It may sound optimistic, and it will probably turn out to be when all is said and done, but exactly three months ago, the Golden Knights hosted the LA Kings in front of 18,419 people. Where we’ll be three months from now, no one truly knows.

And while it may not feel that way with the constant discussion of fan-less games, everyone wants the same thing. Fans want to be in the buildings to watch their favorite teams play while owners want to return to taking their money to do so. If there’s a way to pull it off, they’ll make it happen, and the most powerful man in Vegas hockey has high hopes that it’s still possible for the 2019-20 season.