With Adidas taking over as the official jersey supplier for the NHL things are a changin’ for fans looking to buy jerseys. There are now two options for fans to purchase. First is the “Fanatics Breakaway” jersey which is priced at $120 without a name on the back. The other is the “Adidas AdiZero Authentic” jersey, which goes for $180 blank and $249 customized.

Golden Knights season ticket holders will be receiving their Fanatics jerseys on Friday and Saturday of this week.

So, let’s examine the differences between the two. Fanatics on the left, Adidas on the right. 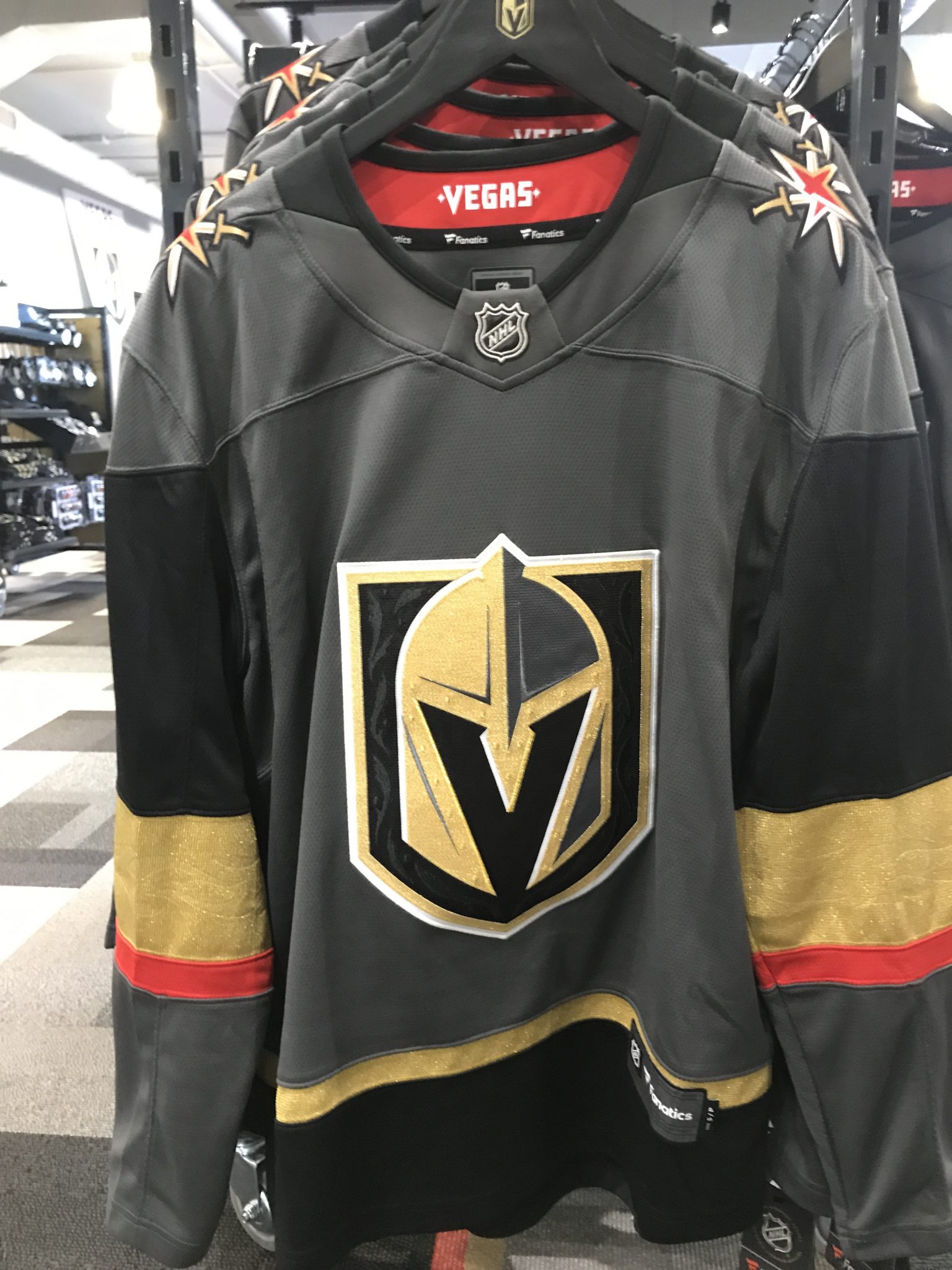 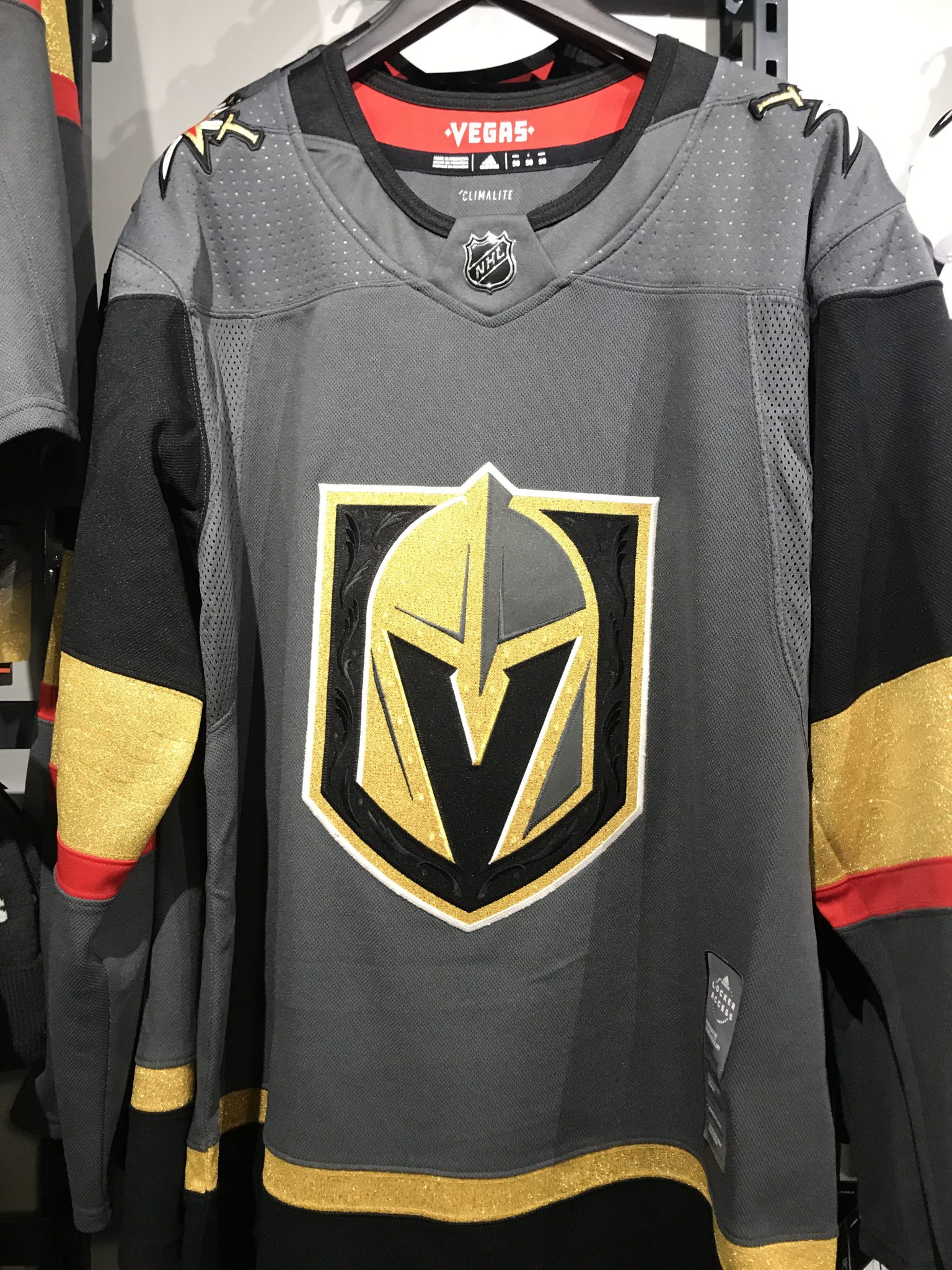 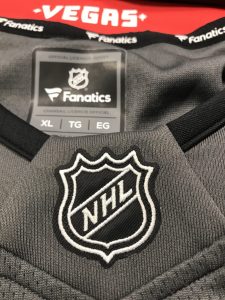 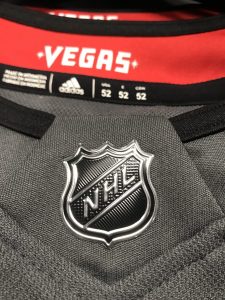 One of the first noticeable differences is with the NHL shield. All Adidas official “on-ice” gear has a shiny silver NHL logo. We’ve already seen it on the Draft Hat and if you head down to The Arsenal you’ll notice plenty of Adidas gear with it on there. That shiny shield comes at a price though. $110 sweatshirts, $70 polos, etc. 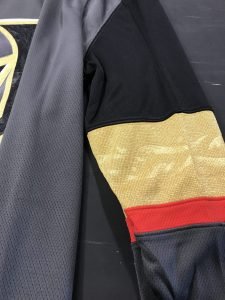 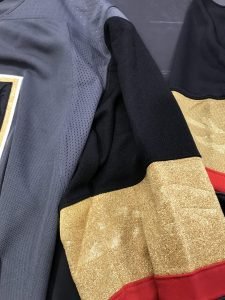 The difference here is in the fabric. The Fanatics jersey uses a more mesh fabric and it does not change for the underarm area. I’m not that in to textiles so I don’t know exactly what the Adidas jersey is made of, but take my word for it, the Adidas one is a nicer material. 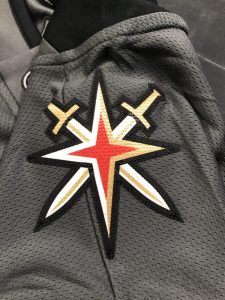 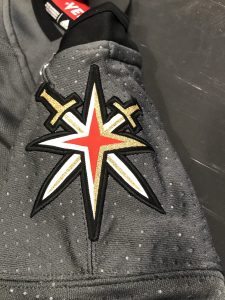 Shoulder patches are probably the clearest difference on the jerseys. The Fanatics jersey has the logo screen printed on, and the Adidas one is fully embroidered. There’s also a slight difference in fabric. In this case (in my opinion), the Fanatics fabric looks and feels better, however, it’s way different looking than what the players wear and it screams, this jersey is not the authentic one. 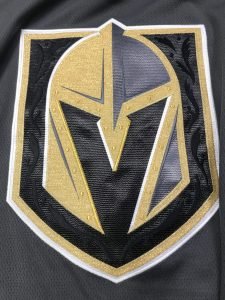 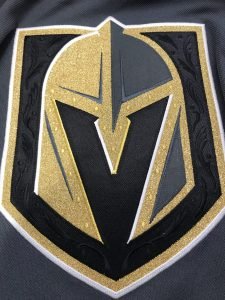 On to my favorite part of the jersey, the intricate design inside of the Vegas Golden Knights primary logo. Both jerseys have the rivets around the V and the “floral” pattern inside of the shield. But, there’s a pretty clear difference in quality between the two. Also, the grey portion of the shield looks much better on the Adidas ones. 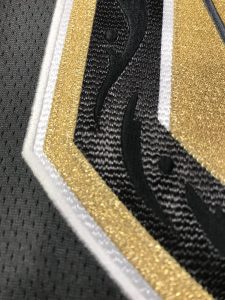 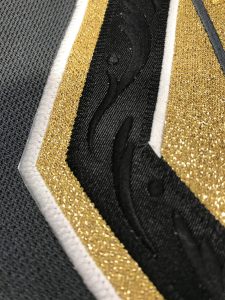 Here’s a little closer look at the difference. 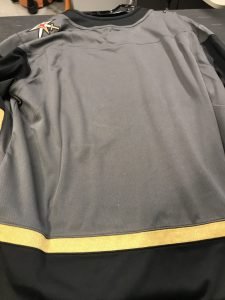 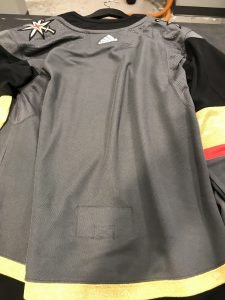 The back of the jersey has two differences. First, the obvious one, the Adidas logo below the neck. The Fanatics jersey is blank. The other one is more subtle, and you’ve got to be a true hockey fan to appreciate what it is, otherwise, it looks like a poorly sewn tag. It’s not, it’s actually the velcrow strap that connects the jersey to pads. Without knowing what it is, it looks really odd. (Hockey fans are mad at me for not calling it by its proper name, “fight strap.” Thought that was too inside baseball, apparently not, so fight strap fight strap fight strap.) 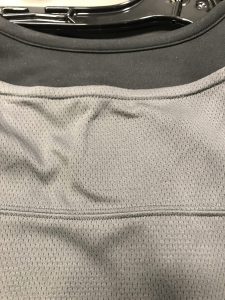 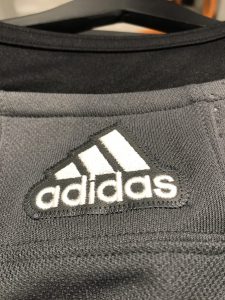 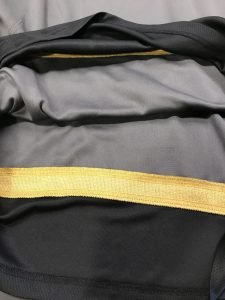 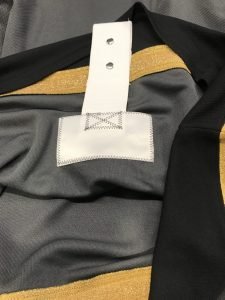 The piece with the two buttons is the fight strap. 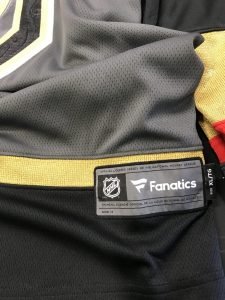 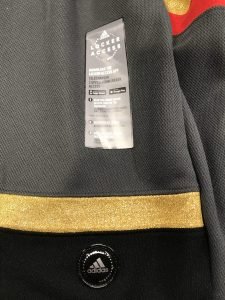 Finally, these are the tags on the front of the jersey. The tall skinny one on the Adidas one is a sticker meant to be taken off.

Are these differences worth $60?