Family-Like Atmosphere Around Golden Knights Appears To Have Disintegrated 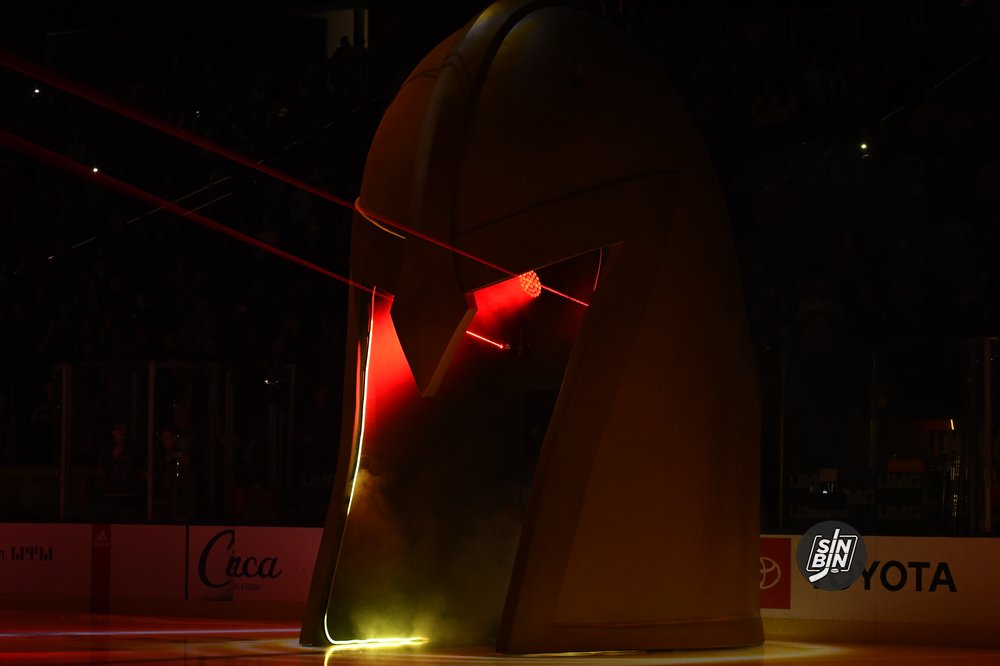 Tonight, the most tumultuous season in Vegas Golden Knights history officially comes to an end.

It’s been a year in which the storyline has been dominated by injuries, but was also marred by reverted trades, salary cap manipulation, goalie controversy, and so much more “outside noise” as the organization likes to call it.

A team that was expected to compete for a Stanley Cup fell woefully short and the diagnosis of why will shape the most important offseason the franchise has ever seen.

Because of the spotlight that has followed the Golden Knights since their arrival in the NHL, pretty much everyone has an opinion on what went wrong. These opinions are wide-ranging too.

Many believe there’s simply nothing the Vegas organization could have done to avoid a season in which they lost nearly 500 games and $26 million of salary cap value due to injuries. While others completely discount the injury issues and point to intangibles surrounding the team, some of which even include mythical constructs like curses and karma.

Everyone views it slightly differently as each person has a different background that helps them frame a season that truly is unexplainable. Some lead to wacky off-the-wall over-exaggerations (admittedly, I fall in this category from time to time), while others just chalk it up to the randomness and sports.

Recently former NHL player and current analyst Bill Lindsay weighed in on how he viewed the situation surrounding the Golden Knights. As a former player of more than 700 games and color commentator for the Florida Panthers, he took a unique angle as to what has changed inside the walls of City National Arena.

There is a personal part of a family and believing that it’s a core there. And they had that, they were the Misfits early on, the underdogs and everyone was discounting them. Even though it’s a business when people do good work for you it’s a family throughout the whole organization. -Bill Lindsay, former NHL player and NHL Network analyst

Lindsay cited the firing of Gerard Gallant, the casting off of Marc-Andre Fleury, and the failed trade of Evgenii Dadonov as examples. He also tied it back to his playing days when he was part of a situation he feels is similar to the one here in Vegas.

My first three years with the Florida Panthers, first couple years we miss the playoffs. Third year we go to the Stanley Cup Final. We’re on track, everything’s going good. Fourth year we go to the playoffs but we traded Stu Barnes that year. They felt that they had to get younger because they had success and that kind of ripped the heart out of our dressing room and it started a downward spiral that they never recovered from. -Lindsay, former NHL player and NHL Network analyst

In that first season, everyone, and I mean everyone, was singing from the same page of the lyric sheet. From the players and coaches to hockey ops to marketing to ticketing to in-arena production, it truly felt like a family more than an organization. Since, we’ve seen massive turnover across the entire organization, and that family-like atmosphere appears to have gone away with it.

And while this is far from uncommon in sports, sometimes it can go too far, and that appears to be the case with the Golden Knights.

They’ve stripped down some of the most important and influential characters in every corner of the organization. Crucial players like Marc-Andre Fleury, Nate Schmidt, and David Perron, role players and locker room guys like Ryan Reaves, Nick Holden, Pierre-Edouard Bellemare, and Brad Hunt, coaches Gerard Gallant, Mike Kelly, and Dave Prior, key figures around office including Murray Craven, Brian Killingsworth, Jonny Greco, Ayron Sequeira, Jim Frevola, and so many more, have all left the team.

When people do really good work for you, you should reward them. – Lindsay, former NHL player and NHL Network analyst

Many who have left the organization do not feel this was done for them.

There are many directions the Golden Knights could go this offseason to get them back on track towards winning a Stanley Cup. Reinstalling a “family-like” culture is certainly one that should be at the top of the priority list.