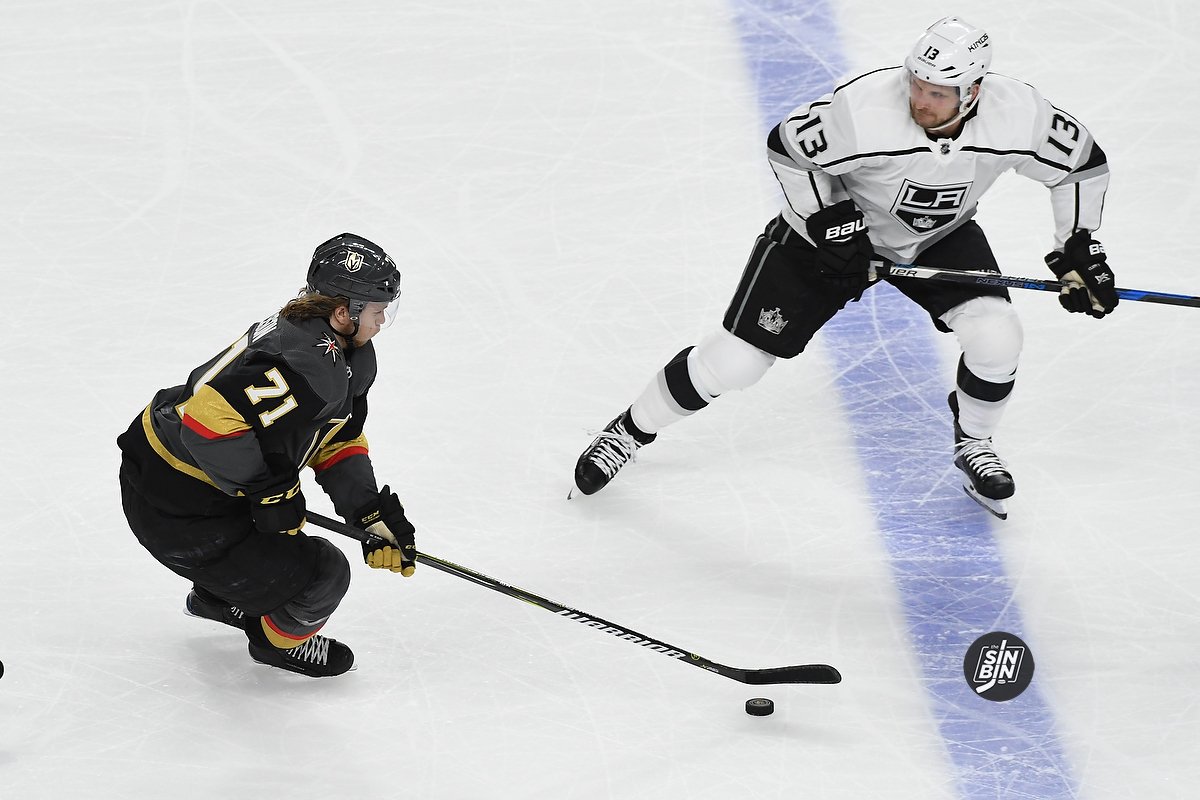 There aren’t many head coaches as familiar with the Golden Knights as LA’s Todd McLellan. Last night represented the 23rd time McLellan faced Vegas in their six-year franchise history.

I was impressed with our group the way we played early. We were fast, we executed well, our passing was crisp, we worked into position. Let’s call it what it is, [coming out of a break] it’s usually pretty or ugly and you have your fingers crossed that pretty shows up and that was the case for us in the first period. If you recall a year ago coming back, it was ugly against Vegas, so maybe somewhere in the back of their minds they remembered that. -Todd McLellan, LAK Coach

Since being hired in LA, McLellan is 8-10-0 against Vegas. With the exception of the shortened 56-game season, the Kings have had some level of success against the Golden Knights under their current coach. Vegas took six of eight from Los Angeles in 2020-21, but are a combined 4-5-1 outside of that NCAA-style schedule.

Also, as coach of the Edmonton Oilers, the veteran bench boss posted a 3-2-0 record against the Golden Knights. Last night, McLellan joined Jared Bednar, Craig Berube, and Bruce Boudreau as the only four to beat the Golden Knights under all three coaches in team history. To say he has experience coaching against Vegas would be an understatement.

Yeah, I think we played great. I think we started the game well, we were all over them at the start and I think that was that was good and the team kept it going. -Victor Arvidsson, LAK Forward

Prior to Tuesday’s game, McLellan mentioned ways his team needed to play in order to beat the visiting Golden Knights. His first message was to match the Golden Knights’ opening pace and tenacity. His team did that. As of today, Vegas is second in the NHL with a +22 1st period goal differential. LA was able to neutralize that advantage by scoring the opening goal of the game.

McLellan added his players needed to be disciplined and keep VGK’s power play units off the ice. Not only because the Golden Knights’ PP is scorching hot but also the Kings happen to have the second-worst penalty kill in the NHL. McLellan’s team ignored his advice and Vegas took advantage of a minor 1st period cross-check. Without that power play goal by Michael Amadio, last night’s game feels much different.

Lastly, McLellan was simply able to motivate his club by reminding them of missed opportunities. That’s right, losing to the Golden Knights on October 11th in the final minute still haunted the Kings.

I feel like it’s become more of a rivalry with Vegas over the years, it’s always a tight game. Obviously we lost our first game at home this season against them and we’re excited to play them again. -Adrian Kempe, LAK Forward

On the flip side, it’s fair to argue LA caught Vegas at the right time. The Golden Knights were down several impact players and had same-day travel coming off Christmas break. Picking up two of four points in LA this season was likely what was expected from Vegas. Hopefully, the Golden Knights will have some of their injured players back by the next time they face the Kings. Coaching familiarity is one thing but a healthy lineup is another.