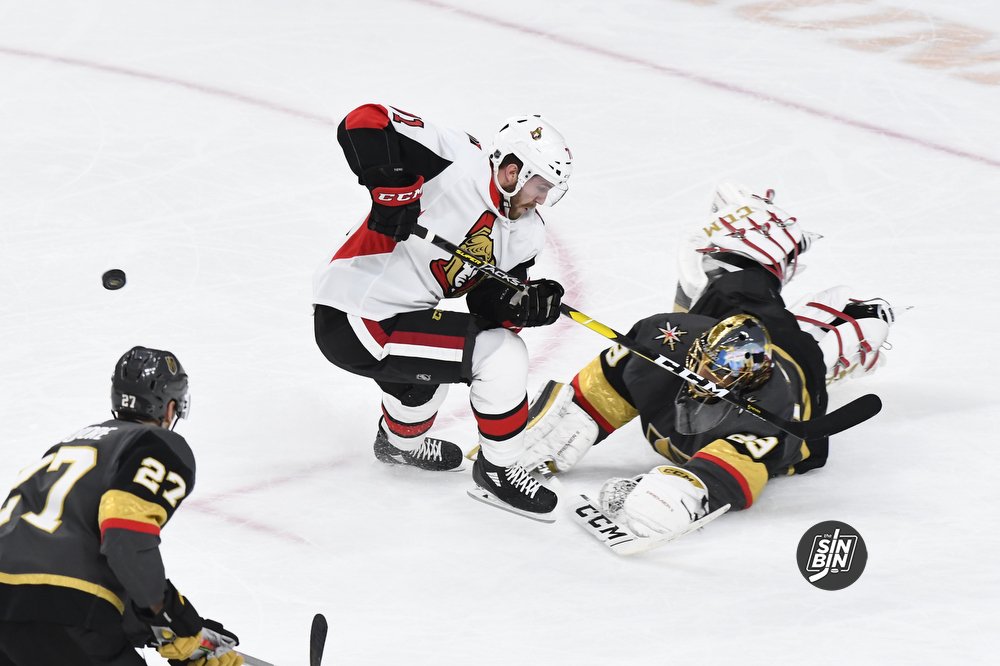 You might remember Jordan Greenway from him dominating portions of games against the Golden Knights in the First Round. He and linemates, Joel Eriksson Ek and Marcus Foligno, were a handful for Vegas, especially in front of the goal. He’s a massive guy standing 6’6″ 230 pounds and one of his best skills is winning battles in front of the net. The Wild’s situation calls for them to be forced to protect both Ryan Suter and Zach Parise due to their NMCs which could make things sticky, much like they were in the Vegas Expansion Draft. The cap hit is manageable and he remains under control beyond just the one year as an RFA. It might cost about a 2nd round pick, but he’d be well worth it.

It’s no secret the Golden Knights could use some help at center. The same reason the Golden Knights are in the situation they are in now is that the Expansion Draft is not set up to be ripe with center talent. However, Kerfoot could be the odd-man out on that loaded Maple Leafs forward group. He was relied upon much more heavily for offense in Colorado and he produced, posting back-to-back 40-point seasons with 15 and 19 goals. The numbers have dipped a bit in Toronto, but that’s to be expected playing a bit further down the lineup. No, Kerfoot is not the elite #1 center everyone would love to see VGK add, but he’d certainly be an upgrade if added to the group VGK have right now.

Johnsson had a miserable year in New Jersey (shocking) and suddenly looks like he’s massively overpaid. Because of it, there’s a real chance he’s left unprotected by the Devils. This is a player who scored 20 goals just two seasons ago and finished 8th in Calder Trophy voting. He’s 26-years-old, can skate like the wind, and added excellent defensive value in his best year in Toronto. Put him on the same line as Alex Tuch or even with a couple of Misfits and he’s likely to return to being a 20+ goal guy. If he’s left exposed or if the Devils want to maneuver their way around the Expansion Draft before the 18th, Vegas should absolutely be in on Johnsson.

It’s Time For Alex Tuch To Crack The Top Six