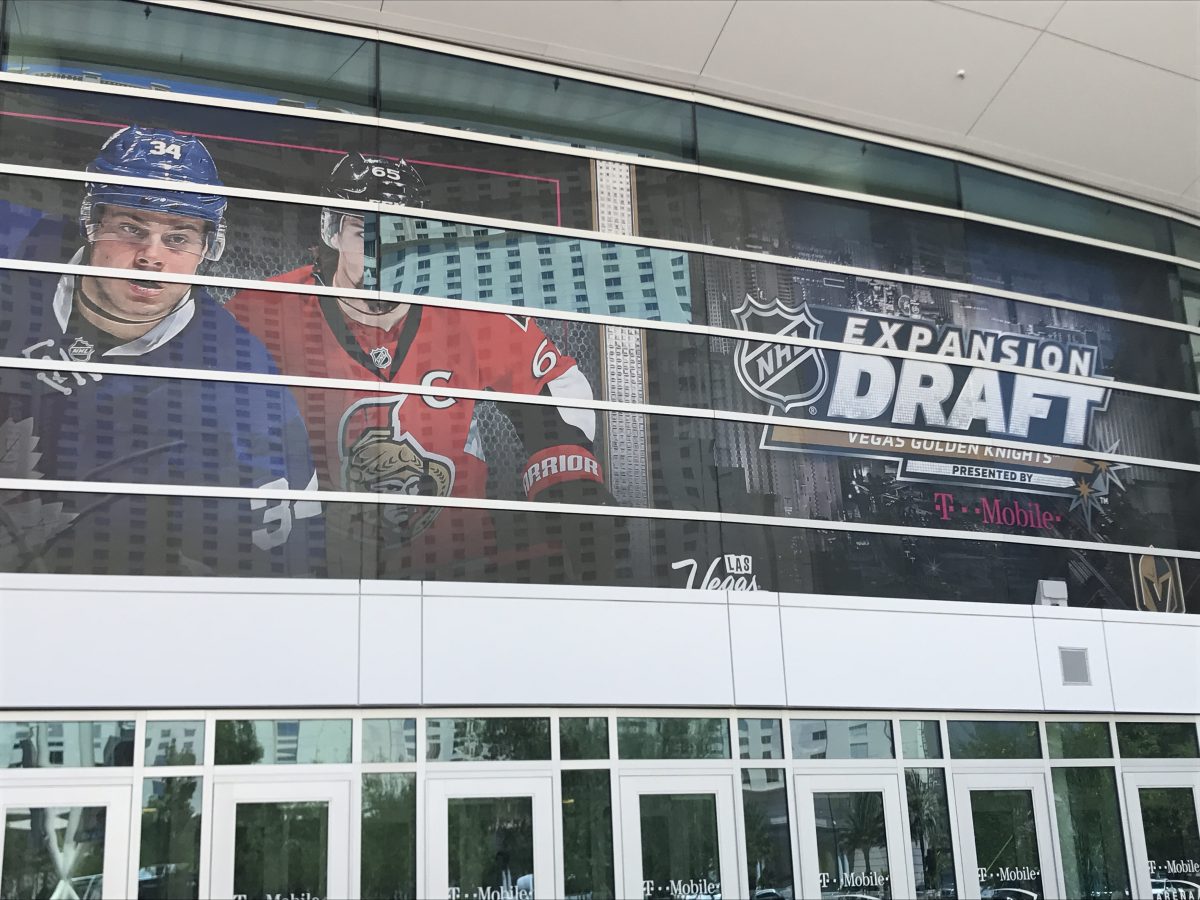 In late June of 2020, Seattle, the 32nd franchise, will have the opportunity to pluck other teams talent at the Expansion Draft like the Golden Knights did on June 21st, 2017. George McPhee and his group masterfully duped 30 other NHL general managers, and whoever is at the helm in Seattle (maybe Kelly McCrimmon) will try to do the same. Okay maybe not all 30, but a good percentage of the league felt slighted, enough that those same general managers may just reach out to McPhee this time so it won’t happen again.

TSN’s Pierre LeBrun was on Montreal radio this week and brought up how teams are very concerned with next year’s expansion draft. Teams aren’t in the business of giving away good players… again.

It’s also created I think a bit of a unique situation… because Vegas doesn’t have to worry about a protection list and all of that jazz. I think they’re going to be a team that some clubs are going to look to as a safety valve in trying to navigate the waters around the Seattle expansion process. -Pierre LeBrun, TSN Radio Montreal

LeBrun explained that the way McPhee and his staff maneuvered the expansion rules has teams running to protect themselves this time around. LeBrun used Nashville as a team that could find themselves in a protection problem and may be forced to expose one really talented defenseman. In the scenario, this is where McPhee gets a call.

It would behoove them to try and send them to Vegas for a first round pick or a top prospect. As opposed to losing them for nothing to Seattle. I don’t know at this juncture how the league feels about that kind of trade. -LeBrun

Another twist to the expansion process is the side drama from other clubs. LeBrun noted several general managers are upset Vegas is protected from the expansion draft and won’t be losing a player.

There are GM’s I think who felt that once Seattle’s start was delayed by a year, that Vegas should be subject to lose a player like everyone else. There are definitely GM’s grumbling behind the scenes. But as Bill Daly said because Vegas is not getting a piece of the pie from Seattle, they’re the only one not getting a check, then they’re not losing a player… so that’s created some tension for obvious reasons. -LeBrun

What makes GM’s mostly worried, with good reason, is that McPhee could take advantage of franchises with protection issues, or get a jump on adding players.

Because Vegas doesn’t have to worry about a protection list they’re more willing too add players during that particular time then any other team. -LeBrun

Bill Daly told league officials not too fret about Vegas abusing their exemption. Other teams want to be reassured that the Golden Knights wont be making unfair trades during that small window before the 2020 Expansion Draft. The league will be keeping an eye on Quick Draw McPhee.

Daly hears that Vegas can’t interfere with the Seattle expansion process. The league will pay close attention to the type of trades the involve Vegas around that… Bill Daly says he’ll know when he sees it as far as something that doesn’t pass the smell test. -LeBrun

One scenario that clearly makes sense for Seattle is hiring Vegas Assistant GM Kelly McCrimmon. Obviously, as McPhee’s right-hand man he’s fully capable of handling the pressure and creativity of an expansion draft. However, if McPhee is whispering to 30 other compadres it’ll make McCrimmon’s job much tougher the second time around. Any other Seattle general manager would be at even more of a disadvantage.

All along we’re always under the assumption that Seattle will have a bit of a tougher time this time around. Teams are more familiar with the rules and the process, saw what happened with a couple of teams overreacting and overpaying on side deals with Vegas. -LeBrun

Teams like Anaheim, Columbus, Dallas, Florida, Minnesota, and Washington gifted Vegas a core to win with immediately. I’m sure most teams would like a redo. Well, they’ll have their chance in the summer of 2020. With McPhee watching on with a bowl full of Crunch ‘n Munch.