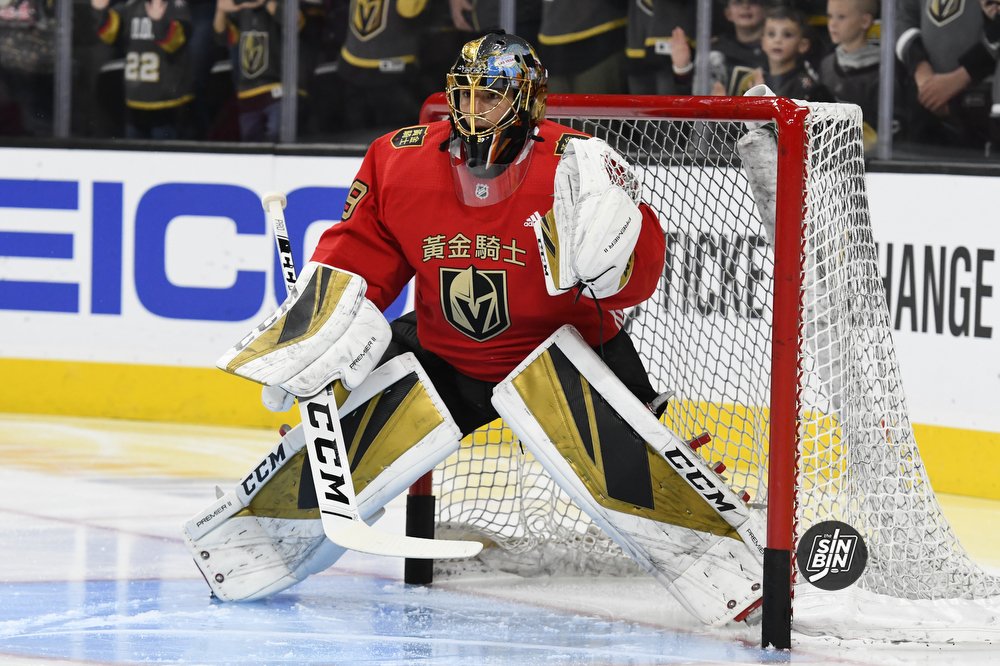 Marc-Andre Fleury. Robin Lehner. Winning the Stanley Cup (or even getting there).

Salary cap history says the Golden Knights can only select two, not all three.

Since 2009, there have been 11 Stanley Cup Champions. None of them have had a salary cap allotment of goaltenders reach higher than 11.31%. 22 teams have reached the final, the highest allotment was 12.26%. The average of all Stanley Cup Final participants since 2009, 8.83%.

Fleury is set to make $7 million next season. That’s 8.81% of the salary cap for him alone.

Here’s the cap allocation for every team to make hockey’s final four since 2009.

The highest allotment of any team to reach the Conference Final was the 2008-09 Chicago Blackhawks with Nikolai Khabibulin ($6.75M) and Cristobal Huet ($5.65M). They spent an absurd 21.83% of the cap on the goaltender position and went on to receive a .899 save percentage and 2.97 goals against average in the playoffs. That team was paying Jonathan Toews $850k, Patrick Kane $875k, and Duncan Keith $1.475M. The very next year, monster contracts kicked in for their skaters, they got rid of  Khabibulin and went on to win the Cup with an allotment of 11.31%. (They also won two more Cups and reached another conference final over the next five years without an allotment over 10%.)

Quite simply, having multiple high-paid goalies is not a method for success in the playoffs. In the regular season, both goalies see plenty of action and there’s no question a solid tandem helps teams reach the postseason, but once there, one of the goalies, and his contract, is forced to sit on the bench and the skaters pay the price for it.

The Golden Knights enter this postseason with an allotment of 10.18% with Fleury at $7M and Lehner at $1.3M. If they were to win the Cup, they’d rank 4th of the previous 12 winners. Reaching the Final would put them in 7th of 23, and making the conference final would mean 15th of 45.

Thus, currently, they couldn’t possibly be in a better spot with a reasonable allotment and two stellar goalies. But if they want to keep Lehner, they’ll have to do something no other team has done this decade, and that’s win with more than 11.5% of the cap dedicated towards goalies.

No one is saying it’s impossible but improbable is fair.

*All salary cap figures in this article are sourced from CapFriendly.com and Spotrac.com*