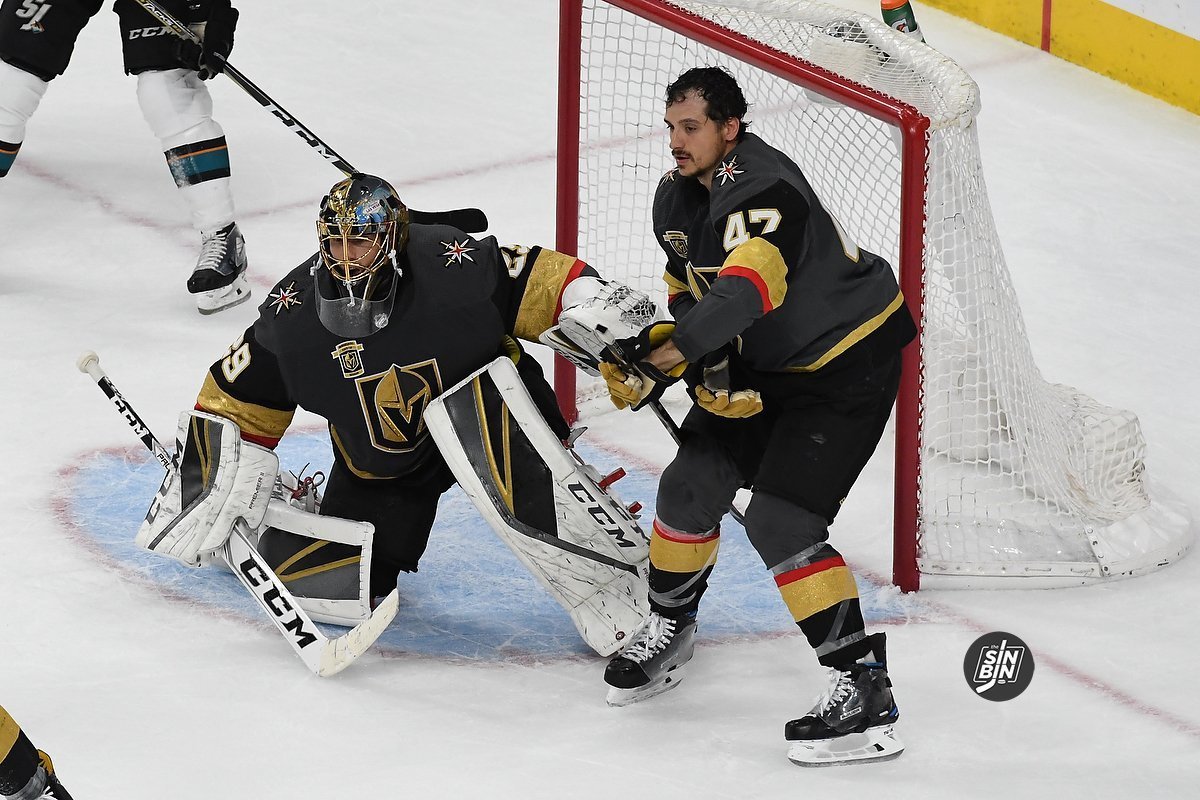 Players will move on from the Vegas Golden Knights each offseason. It’s just a part of hockey. The crumby business side of things. But one roster, one group of misfits, that became the 2017-18 Western Conference championship team will never move on from Las Vegas or the hearts of Golden Knights fans.

This past week, former Vegas players Luca Sbisa and Tomas Tatar made their first appearances back to Vegas since their painful Game 5 loss in the Stanley Cup finals.

After their brief return to their old place of business the two players were all smiles happy to bump into their old teammates, coaches, trainers, and heck even us.

A lot of memories. A lot of relationships that I keep in touch with. I love those guys over there, but it’s always fun to play against them. -Sbisa

With limited action this season, the former Knight normally isn’t requested by the media after a game. But when I requested him, he came out with a warm smile on his face. Glad to have the old gang of misfit reporters, like myself, to chat and reminisce about last season.

It’s different. I’ve never stepped foot in this dressing room. Obviously, I was used to the other side. Definitely nice when we touched down here, I felt like I was just going to drive to home. Instead I went to the hotel. -Sbisa

Like the entire 2017-18 roster, Sbisa is proud of his accomplishments with the Golden Knights. The d-man was a steady player when healthy, and an outstanding person off the ice.

It’s hard to be mad about whatever happened here, it was just a great run and we all enjoyed it. – Tomas Tatar, Canadiens forward

Like Sbisa, Montreal forward Tomas Tatar spoke highly of his experience in Vegas, although short, and called it one of the best moments of his career.

It’s always nice to be back. As soon as we landed it reminded me of a lot of good things. Like you said that run that we had, even though I came late, it’s a memorable thing and that other locker room is a great group of guys. I miss them that’s for sure. They were really nice to me and you just give a little extra effort when you are playing your old team and I enjoyed it. -Tatar

One former teammate that welcomed Tatar and Sbisa with open ice hits was the big and lovable Ryan Reaves. Both players had brief tie-ups with #75 in their separate games against Vegas. Perhaps just a few love taps.

I was really close with Reaves, he’s a super nice guy. He’s doing his job. I could feel that he is really strong but it’s just part of the game. -Tatar

Me and him have a good relationship. Last year we messed around with each other. Even before we played together we’d hit each other pretty hard. We try to have fun out there. -Sbisa

Playfully, the Islanders defenseman even mocked Reaves, suggesting he needs to step up his smack game.

I mean who says who’s trash talk is good? I think it’s trash. Tell him that. -Sbisa

Tatar and Sbisa are aware of the impact they made on fans in Las Vegas. Somewhere, there are Sbisa and Tatar jerseys hung up in Golden Knights fans closets. They may not be worn for years, maybe never. However, the fans that bought them will always cherish those keepsakes. It didn’t matter who, every Vegas fan had a favorite player from the 2017-18 Western Conference Championship team.

The run and the friendship and all the other stuff means a little bit more to me at the end. The fans, this building, this team will always be special to me. -Tatar

Players show very little emotions beyond happy or frustrated, but the former Golden Knights players that have returned to the T-Mobile Arena have shown a range of emotions. From elation, appreciation, reflective, and sadness.

I just played here so I got used to how awesome this building is. I was just trying to get my teammates ready for it. They all enjoyed this building, its loud and people are chanting all game so it’s something as a player that you enjoy. -Tatar 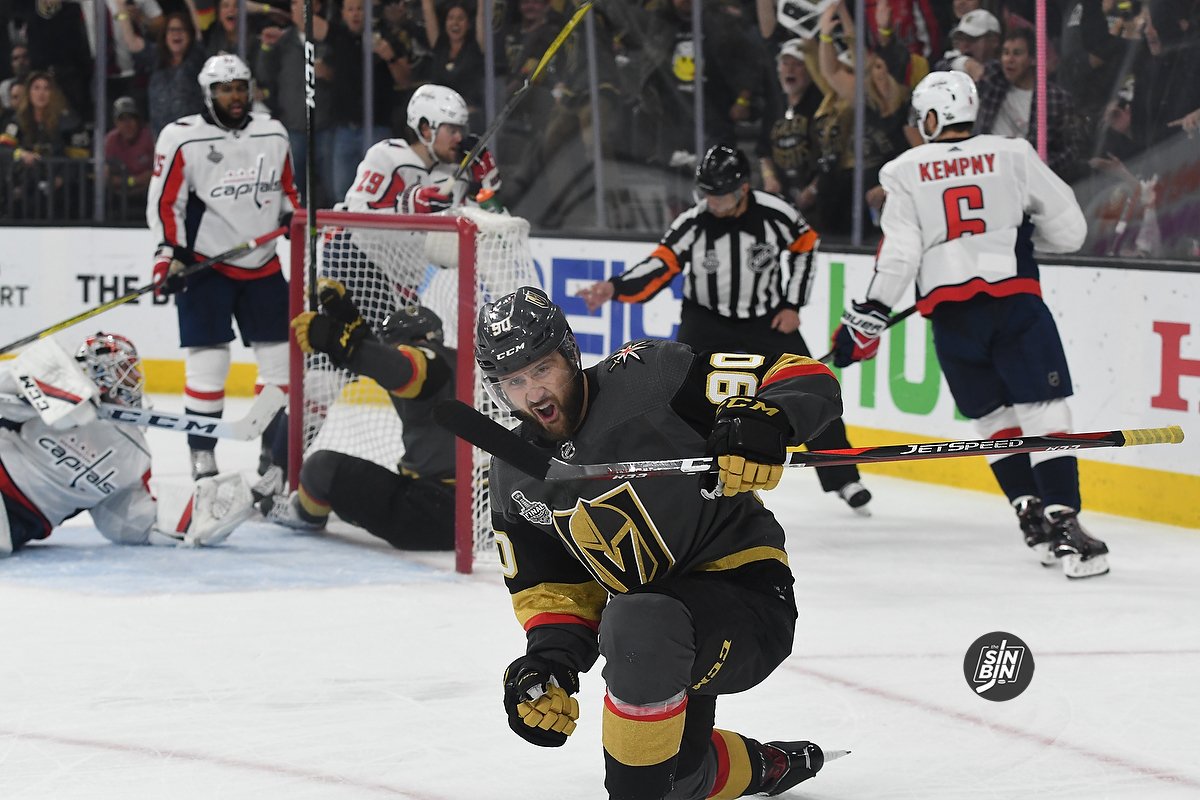 James Neal, David Perron, Sbisa and Tatar have made more money, played more games, and scored more goals on other teams, but all had more impact with the Golden Knights. And that goes for every other player on the 2017-18 Western Conference championship team, with the exception of Marc-Andre Fleury. He’s made historical impact on two franchises now.

Vegas fans will forever remember the 2017-18 team, but just the same, the players will never forget the Golden Knights fans. I know it’s tacky but it’s true. It didn’t matter the length of service, but for every player, even Sbisa and Tatar, made a connection with Vegas fans. More than any other fanbase they’ve played in front of. Just ask them next you see them at Smiths, Starbucks or the Red Rock. Or on Twitter. They’ll tell you.