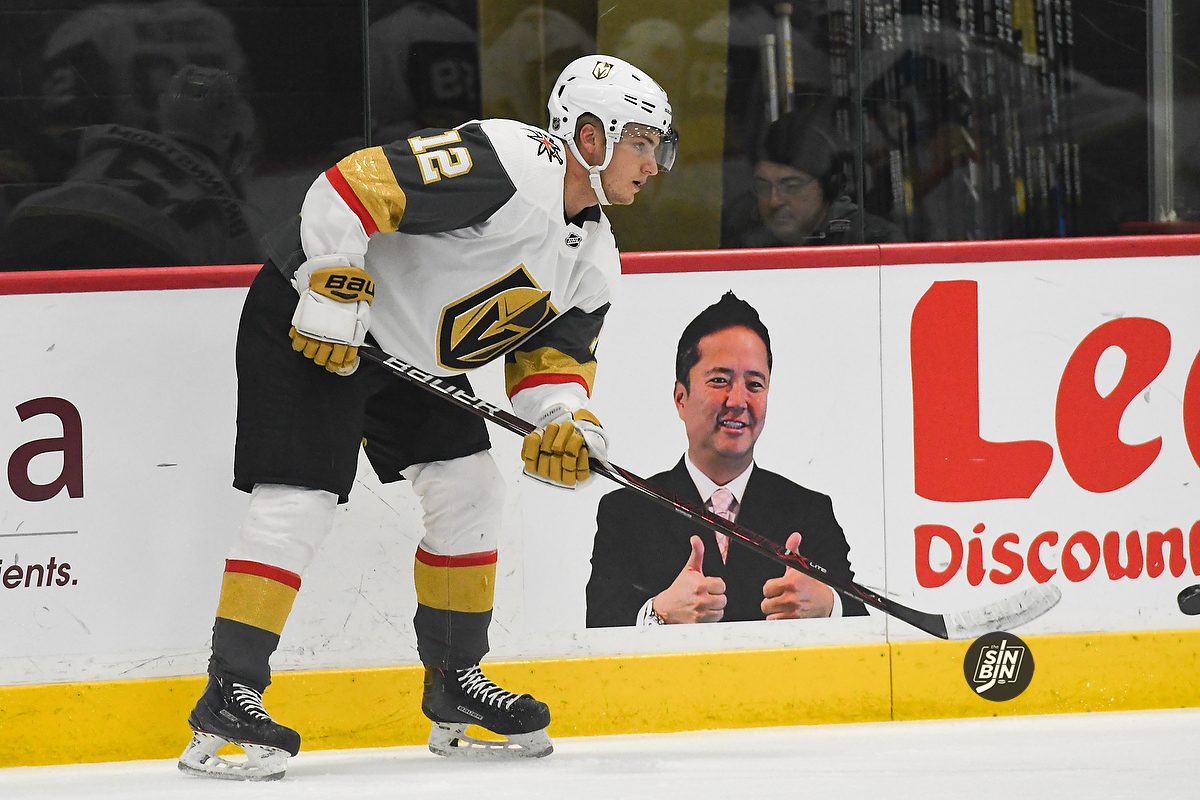 Top billing for the Golden Knights first preseason game of 2018 will likely go to Max Pacioretty. The newest Golden Knight will be making his T-Mobile debut wearing “the shield” as he put it. Many other eyes will be focused on William Karlsson and Jonathan Marchessault returning to the ice together for the first time since June. But the real headliner for this preseason game isn’t any of those three, we know where they’ll all end up. No, the real headliner is Erik Brannstrom who will be stepping onto the T-Mobile ice for his first officially sanctioned NHL game.

Brannstrom was the third of the Golden Knights three first round picks in 2017, but he’s risen, at least in my eyes, to become the clear favorite as the top prospect in Vegas’ somewhat stacked system. With the suspension of Nate Schmidt and Shea Theodore still not in camp due to contract negotiations, the Golden Knights blueline is wide open with roster spots. Brannstrom, who just turned 19, dominated in the rookie games and he’s looked very good in the couple of scrimmages he’s played with the veterans.

However, doing it at City National Arena and doing it in T-Mobile Arena are different animals sometimes. Brannstrom is part of a defense group of Nic Hague, Nick Holden, Brad Hunt, Colin Miller, and Jake Bischoff. Brannstrom needs to stand out, every single game he’s on the ice if he wants to make the roster. Impressing GM of the Year George McPhee and Jack Adams winner Gerard Gallant enough for them to forego a young player’s waiver exempt status is a tall task. We’ll see if Brannstrom can get it done, but one thing we do know is he’s already impressed his teammates.

He’s smooth, he’s effective, he’s really skilled in tight, he’s an offensive defenseman but he’s still solid defensively. I think he’s got a lot of room to grow defensively and he’ll grow a little more maybe get a little thicker in his body but the kid can flat out skate, he moves the puck really well and he has an offensive instinct like I’ve never seen before. -Alex Tuch

He’s a fun kid to play with, I mean he’s got great offensive instincts and he’s really good in the defensive zone and it’s just fun to feed off him and have him feed off me. We’ve been bonding together for like 10 days now and it honestly does make it a lot easier playing out there when you know who you’re playing with and kinda what his personality is like, as weird as that sounds. -Zach Whitecloud

I think it’s just a matter of time before he gets (to the NHL). You can just tell by his skill set, his hockey sense. He’s a great skater. A few years ago little defenseman were overlooked but now it’s a common theme, guys who can make plays but be reliable in the D-zone. I think he fits in that category. He’s a tremendous player from what I’ve seen. -Brayden McNabb

If you are going to the game tonight (because you can’t watch it otherwise) keep your eyes on #12. He always does something special on the offensive end, and his skating is an absolute joy to watch, but he has to be careful to not overextend himself and give up rushes the other way.

Tonight is step one to Brannstrom staking his claim to the NHL roster. In a game with likely only a few bonafide NHLers on the other side, he’s got to stand out, and in a big way. Based on everything we’ve seen in the past though, he probably will.