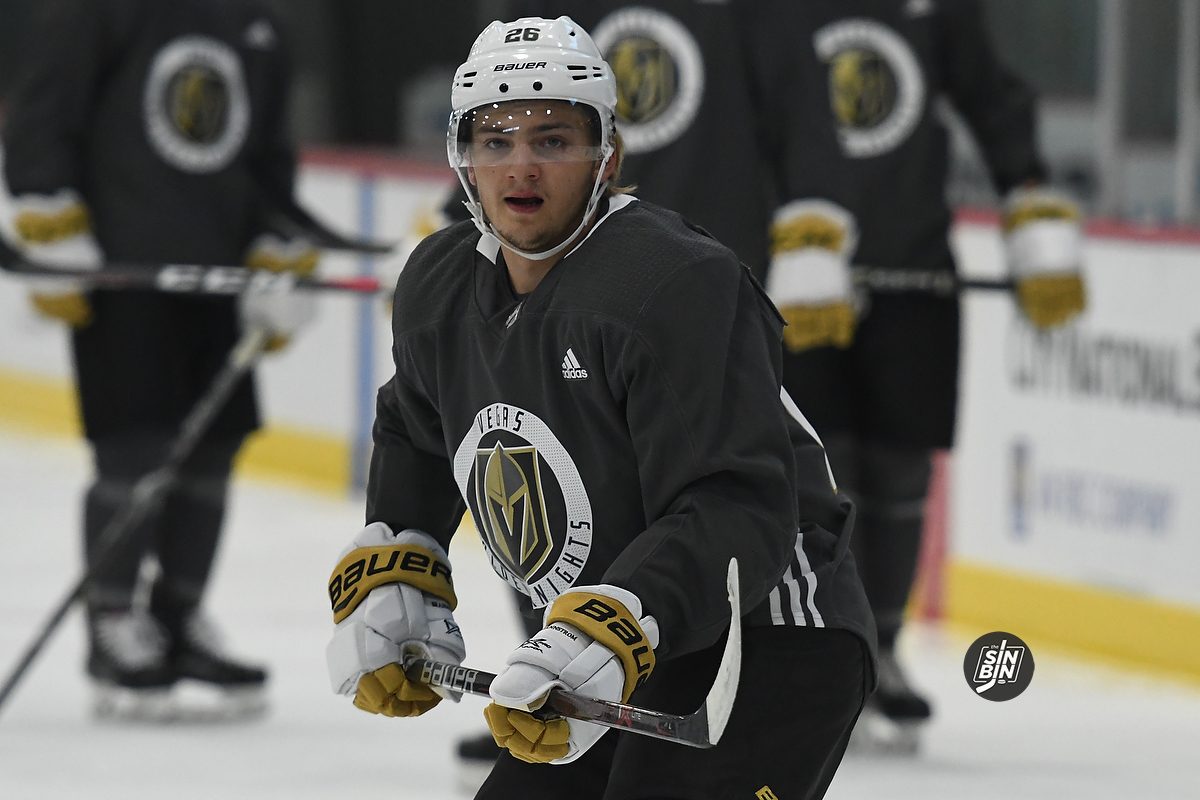 The expectation for Brannstrom, if he doesn’t make the NHL team, was for him to play this season in North America, likely in the AHL. That may have changed early this morning morning when a new option opened up.

Interesting: The Brandon Wheat Kings just drafted 2017 15th overall pick Erik Brannstrom (VGK) in the CHL import draft. Not sure if that's the first option for him next season or if they'd prefer him in the AHL, but safety net there to ease him into North America if needed.

The CHL Import Draft is a yearly draft in which Canadian junior teams can select eligible non-North American born players to potentially add to their rosters for the upcoming season. Brannstrom was the 44th pick to the Wheat Kings.

His mind is not on the CHL though.

No, I wouldn’t say that (it was on my mind). Obviously, my goal is to play for the Vegas Golden Knights next season so we’ll see after that what happens. -Erik Brannstrom

He seemed a bit surprised he had even been selected.

The likelihood of Brannstrom making the NHL roster out of camp still remains fairly low. With the selection of Brannstrom in the CHL, there are now three options of where he could play in the likely event he’s not on the 23-man Golden Knights roster.

Option A: Return to Sweden and play with HV71

Option B: Go to the AHL and play for the Chicago Wolves

Option C: Go to the CHL and play for the Brandon Wheat Kings

Option C doesn’t seem to make a lot of sense, and if it were any team other than the Wheat Kings it would (and probably should) be laughed off as the CHL team taking a shot in the dark hoping he’d have a change of heart. However, because it’s Brandon, which is owned by Golden Knights assistant general manager Kelly McCrimmon, the option has to be taken seriously. Clearly, the Wheat Kings took Brannstrom for a reason and odds are a conversation with McCrimmon occurred before the selection.

If there was a reasonable belief that Brannstrom was expecting to play in the CHL this year, he wouldn’t have slipped to the 44th pick, behind multiple late-round NHL draft picks. There’s strong reason to believe the Wheat Kings had intel others did not have, and it’s possibly tipping us off to Brannstrom’s future plans. 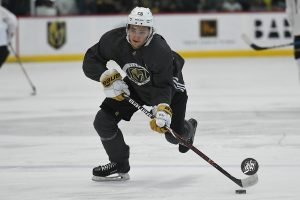 If you’ve never seen this guy play, he’s as fun to watch as any defenseman can be. (Photo Credit: SinBin.vegas Photographer Brandon Andreasen)

However, there’s also the possibility McCrimmon advised the Wheat Kings to take the 18-year old defenseman to assist the Golden Knights. The plan still may be to give Brannstrom a shot at the NHL roster and then put him in the AHL, but if he struggles in camp the CHL is now a fallback plan option. It would not have been if he were not to have been selected today. He did not attend training camp in Vegas in 2017 because he went to camp with his team in Sweden. He will be in camp this year.

According to Wikipedia, the only “risk” in taking a player in the CHL Import Draft and having him not report is the loss of the $2,000 fee it costs to select a player. With McCrimmon owning the Wheat Kings, it would be coming out of his pocket, and odds are, the Golden Knights would have no problem covering that if they see value in the Wheat Kings being a fallback plan for Brannstrom.

He’s very solid, he’s very strong on his feet. He doesn’t get knocked around. Every day that he plays with the older guys over here he’s going to get better and learn his limitations physically. -Ryan McGill, Golden Knights defense coach

Anytime you can play with people that are older than you or better than you I think you are only going to get better. As long as you don’t take any steps back with you confidence level then you’ll be really on a good track to succeed. -McGill

From a development purpose, I don’t see any reason he can’t develop with guys in the CHL. -McGill

McGill also added that he doesn’t seem to notice any issues Brannstrom has had transitioning to the smaller rink, and said even if they do pop up, he’s a player that should be able to adapt.

He’s a dynamic player for sure. He’s got real quick feet. He’s one of those guys where in every zone he sees the play develop. He’s a quick thinker. He moves the puck up quickly. You can tell he’s a little bit young too. He’ll become efficient, he’s not quite there yet, but he’s really good at reading plays defensively and offensively. -McGill

In addition to Brannstrom, the Wheat Kings selected goalie Jiri Patera, another Golden Knights draft pick. Patera confirmed to SinBin.vegas he’s thrilled he was selected and looks forward to “taking the step up” from the USHL to the CHL.

We talked to all of the teams in the NHL. We have connections with a lot of teams. Every year we do our homework with all the teams and their players and this year it just worked out that it was Vegas players. -Brandon Richie, Brandon Wheat Kings director of scouting

Patera makes sense for the Wheat Kings. Brannstrom does not. That being said, Brannstrom was selected, and if we know anything about Kelly McCrimmon and George McPhee, there’s a purpose for everything. Whether we ever find out that purpose is a completely different story though.