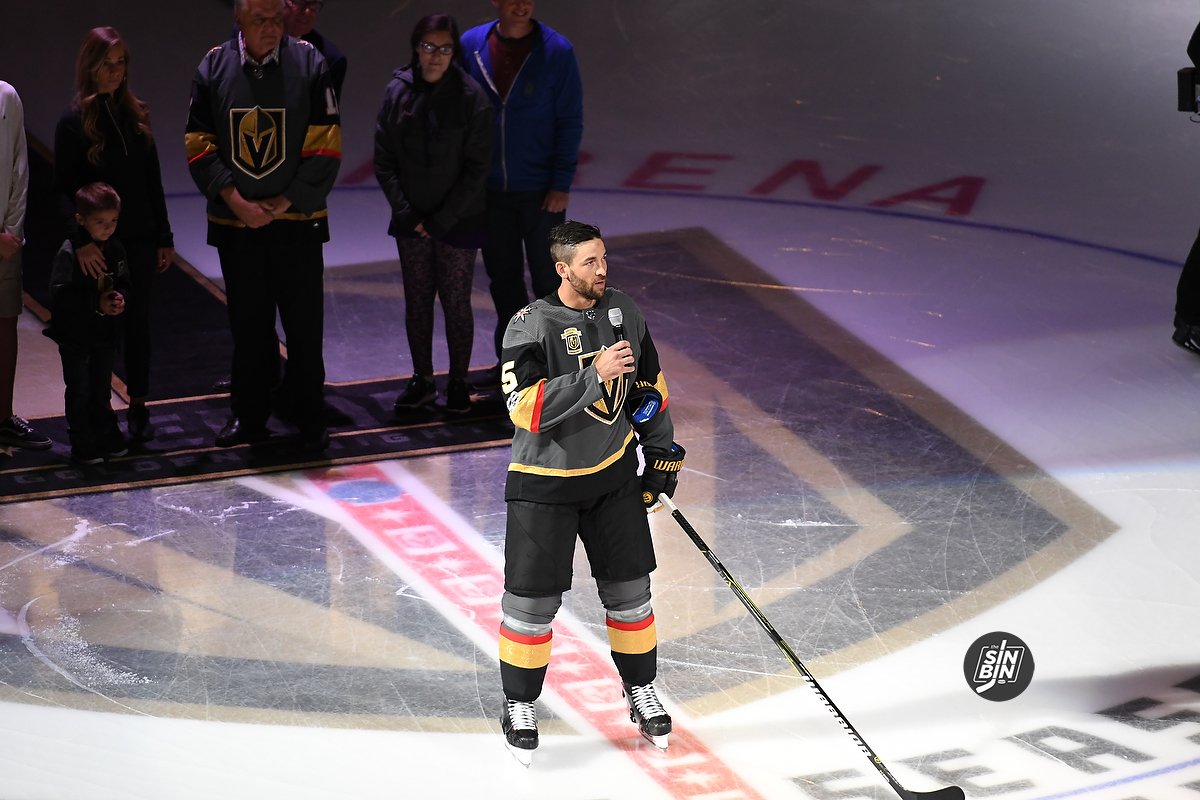 Earlier this month Sportsnet flooded Las Vegas for NHL All-Star weekend. While the network’s insiders and reporters partied away, their production crew documented some of the stops along the Strip. Over their 72 Hours in Las Vegas, Sportsnet wanted an insider’s tour of the city so they broke bread with one of the original Golden Knights.

You have the Strip, you have the best food in the world all wrapped up into one. You have the entertainment. The atmosphere in the rink is a show inside of a hockey game. –Deryk Engelland to Sportsnet

While their table-side Caesar was being prepared the trio reminisced about the unexpected 2017-18 Golden Knights run to the Stanley Cup finals. The original team’s early success caught everyone by surprise including the players. Engelland told Cabbie and Colby that by late December, his teammates were desperate to keep pacing for the playoffs because they didn’t want to get traded out of Las Vegas.

I don’t think anyone saw that coming. By Christmastime everyone kept saying ‘we gotta keep on winning’ because no one wanted to leave. The city is amazing. –Engelland to Sportsnet

Right about when the slow-cooked Spanish octopus was served the conversation shifted to the current Golden Knights roster. The Sportsnet crew asked about managing expectations in which Engelland stated past results swiftly changed the process. The time is now for this organization.

You go to the Finals and Bill’s five-year plan goes to a two-year plan. With the moves they’ve made this year and the guys they’ve signed, I think if they come up short of the Stanley Cup or the Finals it’s going to be a bust in their minds. –Engelland to Sportsnet

In between courses, Armstrong asked his former Penguins teammate about the truth behind the Vegas flu. Engelland compared it to “playing guilty” in the AHL.

For timing sake, this interview was released this week but recorded before Mark Stone was placed on LTIR and Jack Eichel made his debut. It’s possible expectations have slightly dropped for some in the organization. However, it continues to show that this isn’t a ‘we’ll get them next year’, throw-away type season. Between injuries, lack of chemistry, defense, and goaltending issues this organization still believes they are a champion. Fans should as well.

They do have high expectations right now. –Engelland to Sportsnet

For those curious, Carbone served the three an array of timeless Italian dishes that included tuna calabrese, lobster ravioli, signature meatballs, their famous macaroni and veal parmigiana. After seeing the veal it might be time to hit up the SinBin expense account.