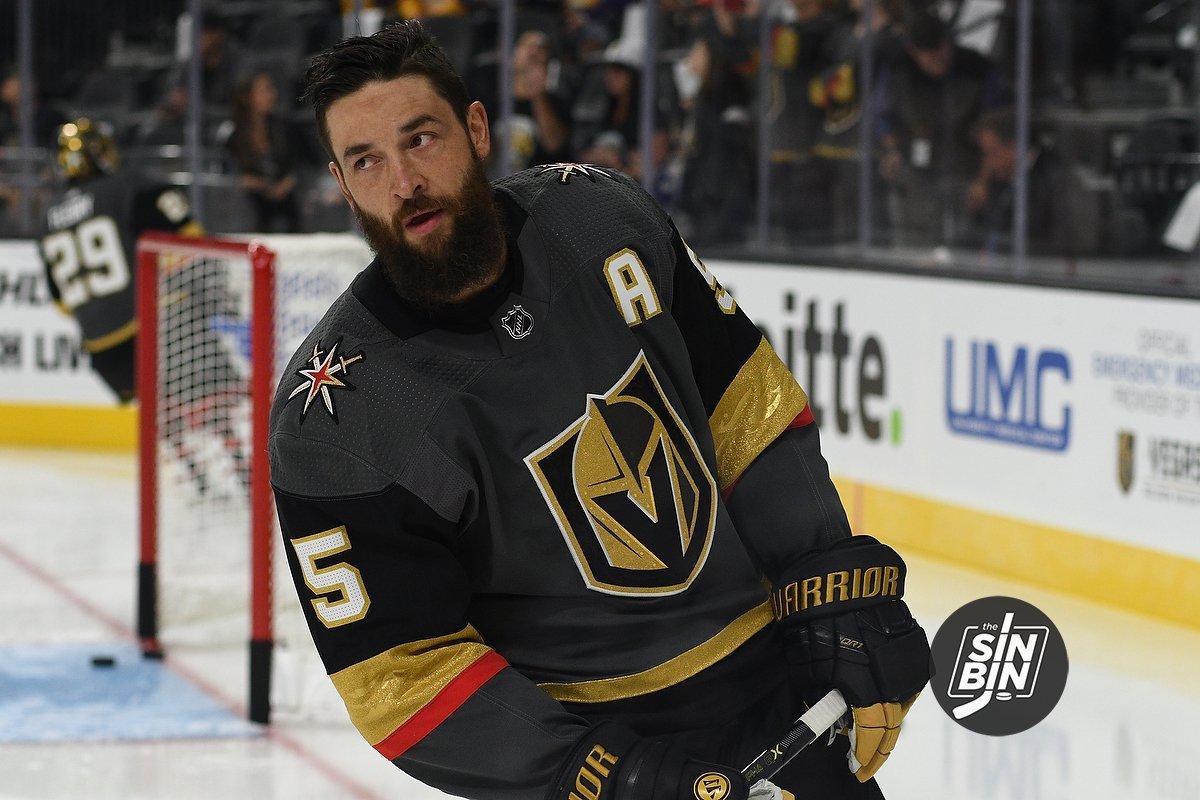 It shouldn’t come as a surprise to anyone that Deryk Engelland isn’t ready to call it a career in the NHL. After playing 79 and 74 games (plus 27 playoff games) the last two years, the 37-year-old thinks he has at least one more year left in him.

My goal is to play at least another couple of years. As far as how many years we’ll just take it one at a time right now. -Deryk Engelland on The Press Box with Ed and Clay

Waking up at an older age isn’t always the best feeling, but you still love the game, loving playing it, love being around the guys and there’s no better place to play it than here Vegas so hopefully that all works out.

I did what I can do this season, and now it’s just up to them. I’ll just sit back, see what we hear from them and go from there. -Engelland on The Press Box with Ed and Clay

It’s up to the Golden Knights to decide if they want to keep Engelland moving forward. However, every indication they’ve ever given points to the two parties reuniting for at least 2019-20 season.

Engelland remains one of the best penalty killers on the team, one of the two right-handed defensemen on the roster (Colin Miller being the other), and a clear leader both on and off the ice. Plus, the head coach has used him every time he’s been healthy both years.

If it were to be listed on the William Hill Mobile Sports App, Deryk Engelland to be a Golden Knight in 2019-20 would be a massive favorite.