Eichel’s Debut Gets Closer This Week 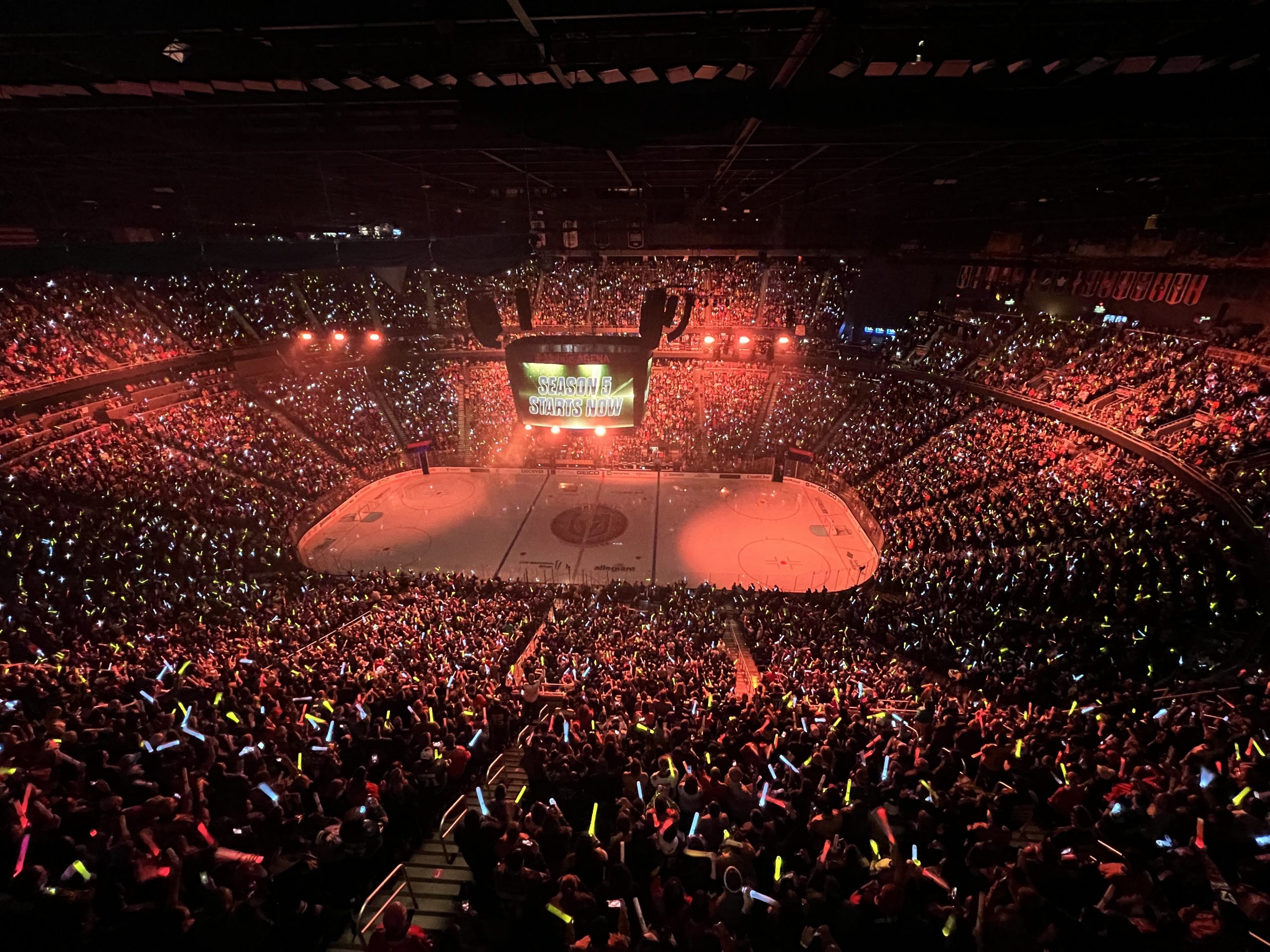 It’s expected that Jack Eichel will make his arrival this week to officially join the organization. Since his successful neck surgery two months ago Eichel has been showing positive signs of rehabbing and doing light on-ice workouts. Now, it’s time for the Golden Knights training and coaching staff to prepare for his much anticipated Golden Knights debut.

Jack’s rehab has gone real well. We’re getting closer to two months since he’s been rehabbing. We’ll get him to Vegas sometime in January. Confident he will be in the lineup this season. -Kelly McCrimmon on ATTSN intermission on 1/2/22

While it’s impossible to predict where Eichel’s performance level will be, his presence alone will create more challenges for an opponent. We know the obvious reasons why Vegas’ front office made the trade; rare talent, center depth, adding another playmaker, improving the power play, but Eichel will help in dozens of ways. Here are three he will impact immediately.

With Eichel in the lineup, the Golden Knights will be considered one of the deepest teams down the middle. Rank them how you want but Vegas’ depth of William Karlsson, Chandler Stephenson, and Nic Roy to center the bottom three lines will frighten any postseason team.

I can write down all the line combinations and dream all the dreams I want to as a coach about what we could look like, and yet we know this game changes every day. It’s a bit of a fruitless exercise to try to (look ahead). -Pete DeBoer, VGK coach

Considering what we’ve seen from Stephenson this season, the coach will have no problems slotting him on as third-line center if necessary. With Stephenson anchoring the bottom six the Misfits would remain intact and allow DeBoer more options throughout his lineup. The addition of a highly-skilled center like Eichel might shift the lineup but it’ll undoubtedly improve it.

"These types of guys are never available… and I think we said that about Alex Pietrangelo." -DeBoer on Eichel

Prior to the trade most NHL organizations would consider the Golden Knights a higher echelon team. Stone, Pacioretty, Pietrangelo, and the Misfits are a handful but Eichel creates a new element of fear. However, some contending teams aren’t phased because of Vegas’ past postseason scoring droughts.

Without Eichel, the Golden Knights offense averaged a seventh-best 2.79 goals in the playoffs. Making it even more difficult for themselves, Vegas was dead last in power-play percentage. Insert Eichel on the top line and top power play unit and those postseason numbers should elevate. And eliminate opponents.

Let’s face it, we’re spoiled. Since their inaugural season in 2017-18 the Golden Knights have the fourth-best record in the NHL. They’ve never been in fear of missing the postseason and they’ve played entirely in a weak division. In the end, that equals up to a 196-108-25 franchise record. That’s a lot of wins and not much drama. It makes for dozens of expected outcomes against dull opponents. Do I need to remind you about all 21 regular season games against the Coyotes?

Eichel’s arrival adds a touch of drama to the mix, good drama. Vegas fans are ecstatic about the trade but many worry. Will he return to form? Will there be additional roster moves? Will there be chemistry issues throughout the lineup? Will his impact put Vegas over the top?

Those questions are why we follow sports as closely as we do. We need some drama, we need a little anxiety. Ignore your therapist, there’s nothing wrong with adding more unnecessary stress to your life.

Chances are the slick centerman will quickly become most effective on the Golden Knights weakest unit. More room on the ice for Eichel should result in more postseason power play goals. Those crucial missed opportunities that cost Vegas a chance at the Stanley Cup Finals should be corrected.

By all accounts, Eichel is the most naturally gifted player on the roster and he’s only 25. At some point in the future, he will become the face of the franchise, an alternate captain, and maybe even the captain himself. It’s possible the championship years are just beginning.