Eichel Must Lift Teammates With Stone Out; He Hasn’t So Far This Season 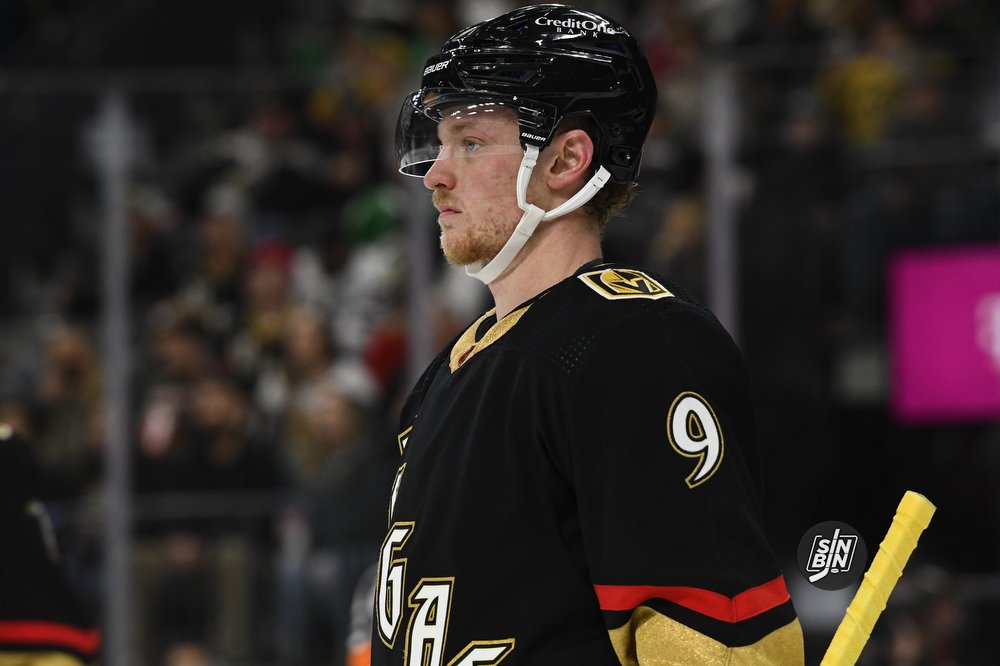 During the month of December, the Golden Knights had to play 13 games without their most expensive player, Jack Eichel. Vegas went 7-5-1 including wins over Boston, Winnipeg, and Colorado.

In that stretch, Mark Stone’s play was incredibly noticeable in all three zones. He posted 16 points (7G, 9A) in the 13 games, helped carry a line including Chandler Stephenson and Michael Amadio, and his pickpocketing superpower was on full display for the month Eichel was out.

Stone averaged 20:24 and was dominant in all phases of the games. He posted three even-strength goals, two on the power play, and two more shorthanded. He also scored a game-winning goal in shootout against St. Louis.

In a time of need, the captain raised his game.

Now, the time has come for Jack Eichel to do the same with Stone sidelined for an unknown length of time. In his first few attempts, that didn’t happen. In losses to Edmonton and Dallas, games in which Stone played just 3:57, Eichel was held pointless, posted a -5 rating, and recorded just two shots in 41 minutes of ice time. He was not on the ice for a single Golden Knights goal at any strength.

Eichel must improve not only his game but the play of those around him if the Golden Knights are going to have success without their captain.

While the numbers are limited that has not happened this season either.

The chart above shows four advanced statistics for the six Golden Knights defensemen with the most time on ice this season. They are all listed as “shares” meaning numbers above 50% are good while numbers below 50% are bad. The stats listed are on-ice Corsi For, Goals For, Expected Goals, and High Danger Chances and are all 5-on-5 only.

The “all” row shows each player’s overall numbers for the season. Then it’s broken down to show how each defenseman has fared with both Stone and Eichel on the ice with them, with just Stone, with just Eichel, and with neither. The colors indicate how far up or down the numbers are from the overall season number.

Unsurprisingly, just about everyone is better in every category while playing with both Stone and Eichel on the ice with them. The flip side is also true that the numbers suffer when they play without either. But the difference between playing just Stone compared to just Eichel is stark.

Five of the six defensemen see their goal share drop when playing with only Eichel. Three see their high-danger chance share drop and three see their expected goal share drop as well. Meanwhile, with Stone, only Martinez and Whitecloud have seen their numbers dip and for Alec his numbers are similar without either and Zach has not been on the ice for a VGK goal with just one or the other.

Of the 24 possible categories, Stone makes a positive impact on 15, or 63%, of his teammate’s stats. Eichel’s impact has been positive on just 10, or 42%. Plus, the two defensemen with the largest sample sizes with each player, Pietrangelo and McNabb, both heavily favor them playing with Stone over Eichel.

It’s important to note that many of these include limited sample sizes and there are clearly other extenuating circumstances including injuries that impact the numbers. So, these numbers could change, and quickly. But, every stat listed has at least 30 minutes of ice time together.

Eichel must find a way to improve these numbers if the Golden Knights are going to survive the weeks or months without Stone.