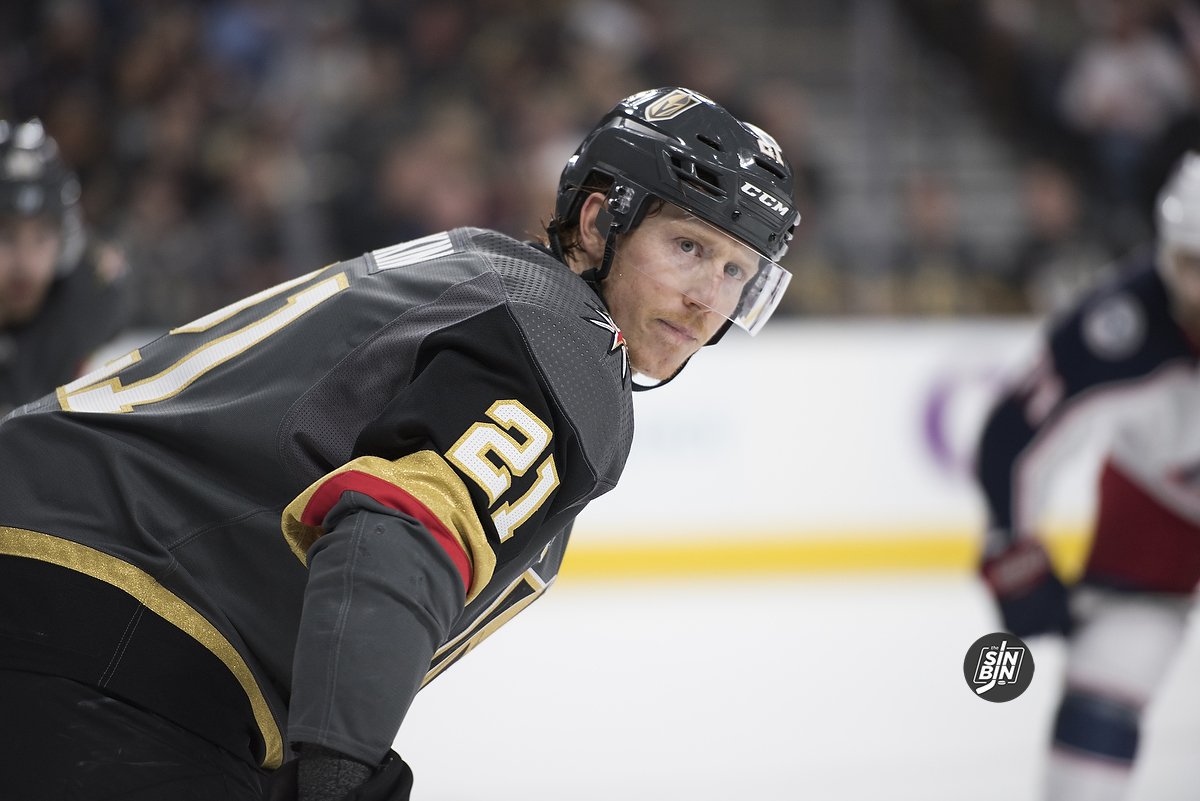 All signs point towards center Cody Eakin resuming the same role tonight he’s performed effectively for the past two seasons. Arguably, one of the better third line centers in the NHL, Eakin’s return to duty is integral to the Golden Knights and their Stanley Cup chase.

He’s a huge player to our team. He works hard, he’s quick and he wins a lot of draws. He’s an easy guy too play with. And on the ice he’s one of the leaders. I gladly welcome him back.-William Karlsson

A healthy Eakin completes Vegas’ depth down the middle. It allows Gerard Gallant to solidify his second line, by reuniting Paul Stastny with Max Pacioretty and Mark Stone. Unfortunately, it could be a harsh reality for young center Cody Glass. Who will either be on the wing or on the bench tonight against Calgary. (If practice Friday was any indication, it’ll be the latter.) (Update: It wasn’t any indication. Glass is headed to the wing.)

That so-called second line can play with each other, they’ve had a lot of success together. For our line, we get matchups that we can play against top lines because Cody [Eakin] can shut them down. It creates transition. -Brandon Pirri

Brandon Pirri will likely play on the third line anchored by Eakin. He quipped about Gerard Gallant’s ‘so-called’ expression, but there’s no question as to what the coach expects from his third line.

He’s so solid defensively and he allows creative guys a little more room to more to make plays. He can make up for the little mistakes here and there. With his speed he can get back and catch those guys. -Pirri

An underrated aspect to Eakin’s game is his speed. He has the ability to break out and create a rush, and quickly get back to defend. Eakin’s two-way play can greatly benefit offensive wingers like Pirri, and eventually Alex Tuch.

He creates a ton of speed, he’s one of the best skaters in the league. He pushes defenses back and creates a gap for guys like me who are looking for high ice a little more. -Pirri

We’ll see how Gallant sets his lineup tonight, but it appears Eakin is playing, and he’s almost certainly centering the third line. Which leaves questions about Glass’ immediate and long-term role this year. I’m sure it’ll be addressed eventually by the coaching staff and front office, but for now, it’s nothing but positive words in press conferences from the head coach and a spot on the wing for #9.