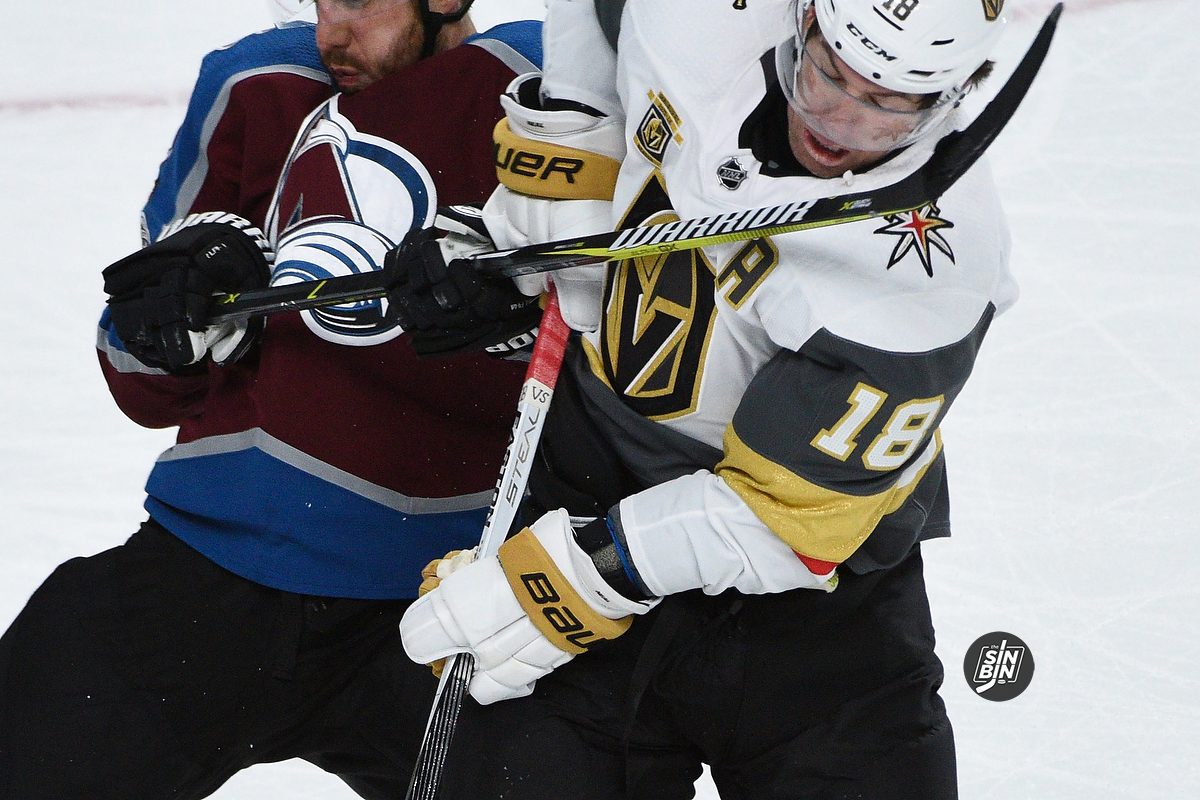 James Neal’s face seemed to attract sticks to it last year. VGK might need a new stick/face magnet if they want to keep up the scoring pace in 18-19. (Photo Credit: SinBin.vegas Photographer Brandon Andreasen)

Nonetheless, power play goals remain the easiest way to score in the NHL (aside from empty netters of course) and the Golden Knights certainly cashed in on a few big ones along the way to a Western Conference Championship.

During the year 26 different Golden Knights drew penalties. Two players made up for 55 of the 249, or 22%. Those two players are now members of the Calgary Flames and St. Louis Blues.

James Neal led the Golden Knights drawing 29 penalties in the regular season while David Perron was right on his heels with 26. The next closest Golden Knights were Jonathan Marchessault and Colin Miller, each with just 19. (Plus, Neal missed 11 games and Perron missed 12. Math says if they had both played the entire 82 game season they would have drawn a combined nine more penalties.)

55 penalties at a scoring rate of 21.4%, what the Golden Knights finished the regular season with, adds up to nearly 12 power play goals created off drawn penalties by only Neal and Perron.

Tomas Tatar and Paul Stastny, the two players expected to replace a majority of Perron and Neal’s minutes drew a combined 36 penalties.

The numbers are alarming, especially considering Tatar has yet to show the success he’s had elsewhere in Vegas. It’s not crazy to think however that Tatar, Stastny, and the increased role for Alex Tuch can help to replace the 41 goals Neal and Perron produced, but expecting these same three guys to draw 50+ penalties is probably asking a lot.

The real bummer is this likely means fewer times to chant “shame” at the guy sitting in the box too.