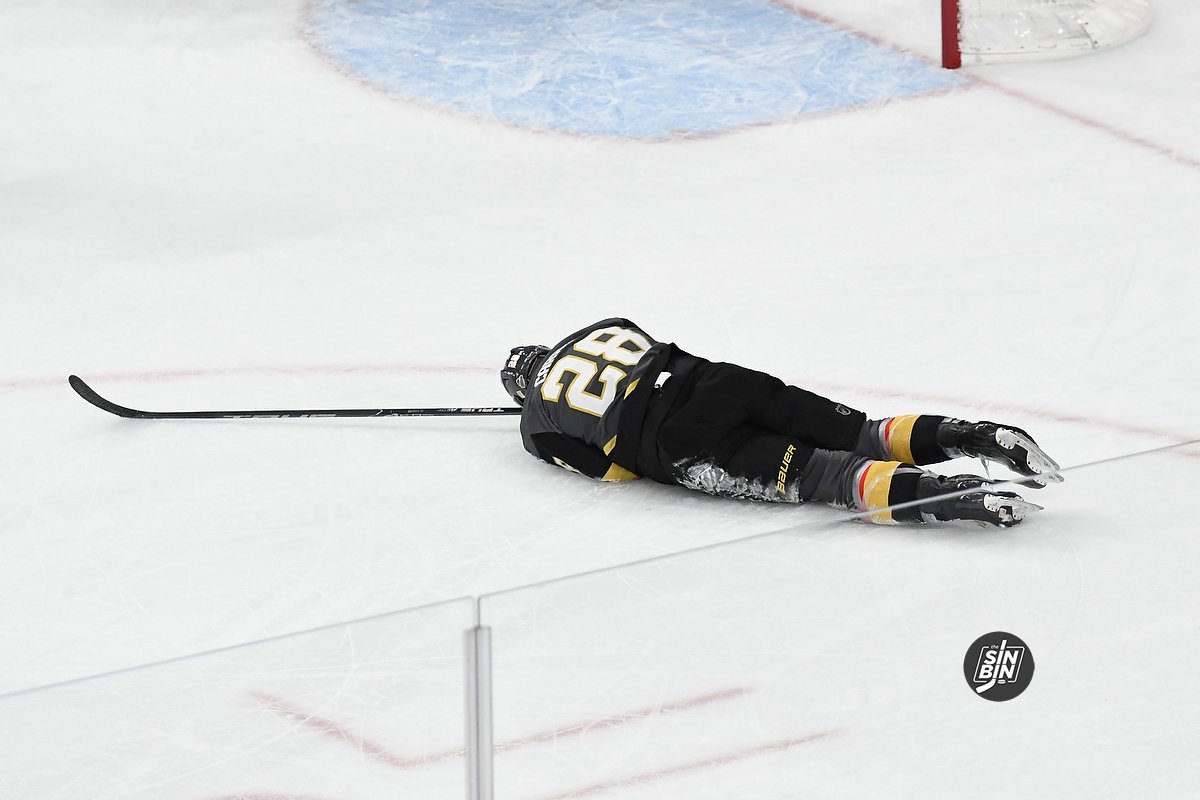 At 1:30 PM today Drew Doughty will have a hearing with the NHL’s Department of Player Saftey to determine the punishment he shall receive for his hit on William Carrier in Game 1.

With 10:01 remaining in the game, William Carrier carried the puck in the offensive zone and LA’s Drew Doughty went head hunting.

Doughty is an outstanding defenseman, but his emotions run high. After battling with Carrier for two periods, the Norris trophy recipient saw a chance to take revenge. The star defenseman led all skaters with 28 minutes on Wednesday, but a one second hit should keep him out of the Kings lineup for the next two games, despite not even being sent to the box in the game.

The NHL has set a precedent this season on hits like this over the course of the year. including suspending multiple players that were not penalized in the game.

Nashville’s Filip Forsberg was suspended three games this season for a severe interference penalty on Jimy Vesey. The league ruled the hit was late, made significant head contact and was deemed punishable.

The Senators’ Fredrik Claesson got benched by the league for two games after a nasty check to the head of Boston’s Noel Acciari. The league stressed the “main point of contact on this hit was the head” earning Claesson a two game suspension.

While still in Edmonton, Patrick Maroon was suspended two games in January after a dangerous hit to the head of Doughty. The league ruled Maroon was disciplined because the “significant force and substantial head contact” resulted by his check.

I think it was a little high. I think there’s not shoulder to shoulder there. I think Doughty was a little bit unhappy with the way Will was hitting him all the game and I think for him it was payback there. It’s unfortunate. -Jonathan Marchessault

The league has a tough call here as the precedent they’ve set is clear, but the player on trial will inevitably be the minutes leader in one of the highest profile series of the first round. Drew Doughty should be suspended for two games, anything less and the league is letting him off easy.

Here are links to each of the hits from the NHL with their reasoning for suspension at the end. Cogliano, Forsberg, Claesson, Maroon.