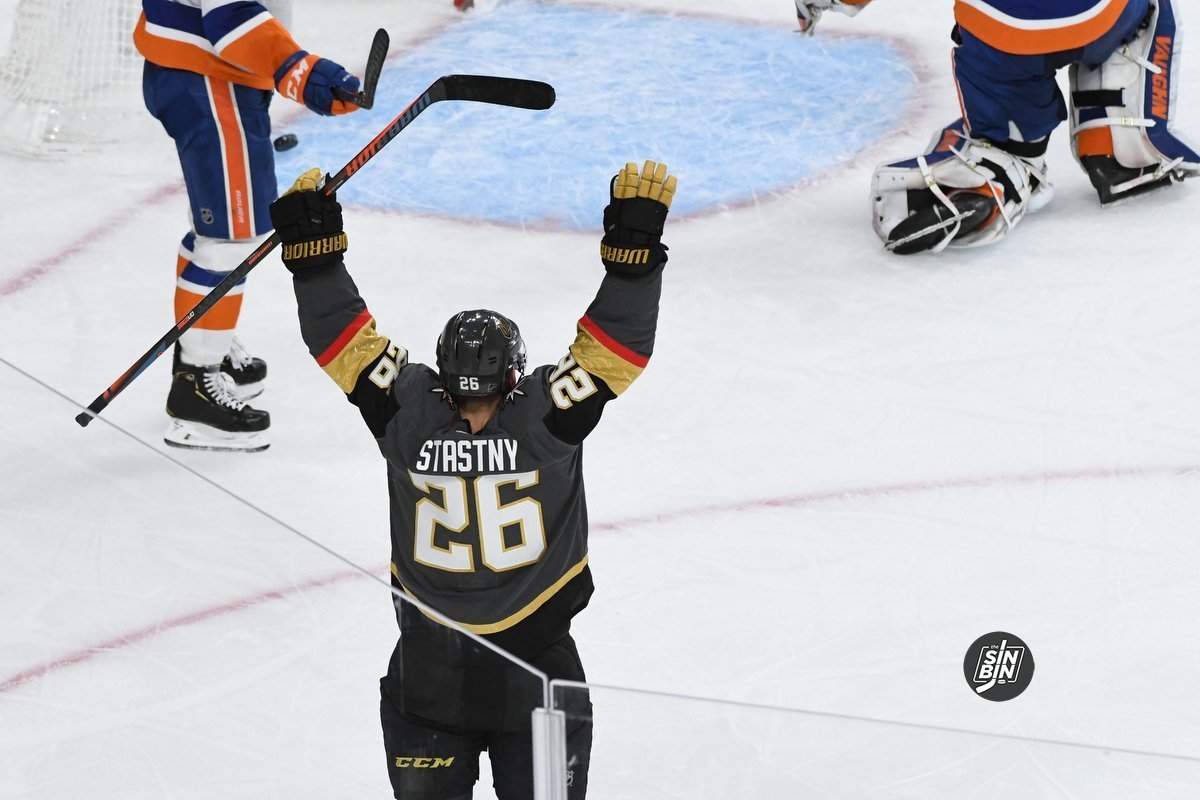 It took until Game 8 of the Golden Knights inaugural season to find the combination of William Karlsson, Jonathan Marchessault, and Reilly Smith, but once the eventual Jack Adams award winner Gerard Gallant found it, he rode it for all it was worth.

The oft-described “top line” of the Golden Knights took the league by storm scoring a combined 92 goals, 213 points, and an insane +116 rating. They found themselves in the debate as the best line in hockey and helped power an expansion team to a division and conference title.

But then, in the matter of literally a second, the line was broken up.

It was a gut feeling and wanted to change things up a little bit. -Gerard Gallant

Coach comes and tells you, Tuchy you’re going with Marchy and Karly and Smitty is going to go with your line. -Alex Tuch

I told Pirri just keep playing the same because we were playing well. -Paul Stastny

Down 2-1 in the game, Gallant swapped Tuch and Smith creating a line of Karlsson, Tuch, and Marchessault, and another of Stastny, Smith, and Pirri. From then on, the Golden Knights completely took over the game.

Vegas dominated possession, scored three straight goals (and another that was taken off due to an offside challenge) and completed a come back from a two-goal deficit to win their 6th straight home game.

Sometimes it works, sometimes it doesn’t. We just wanted to change it up a little bit, fortunately for us, it worked. -Gallant

When you have a lot of depth at forward you can kind of juggle lines a little bit, there’s a fine line of doing it to much, but sometimes you need a little spark and that kind of just got a spark for the whole team. -Stastny

It’s not like it’s a demotion or anything, any line you can play on with this team is pretty special. It brought us a lot of momentum and energy to our game. -Smith 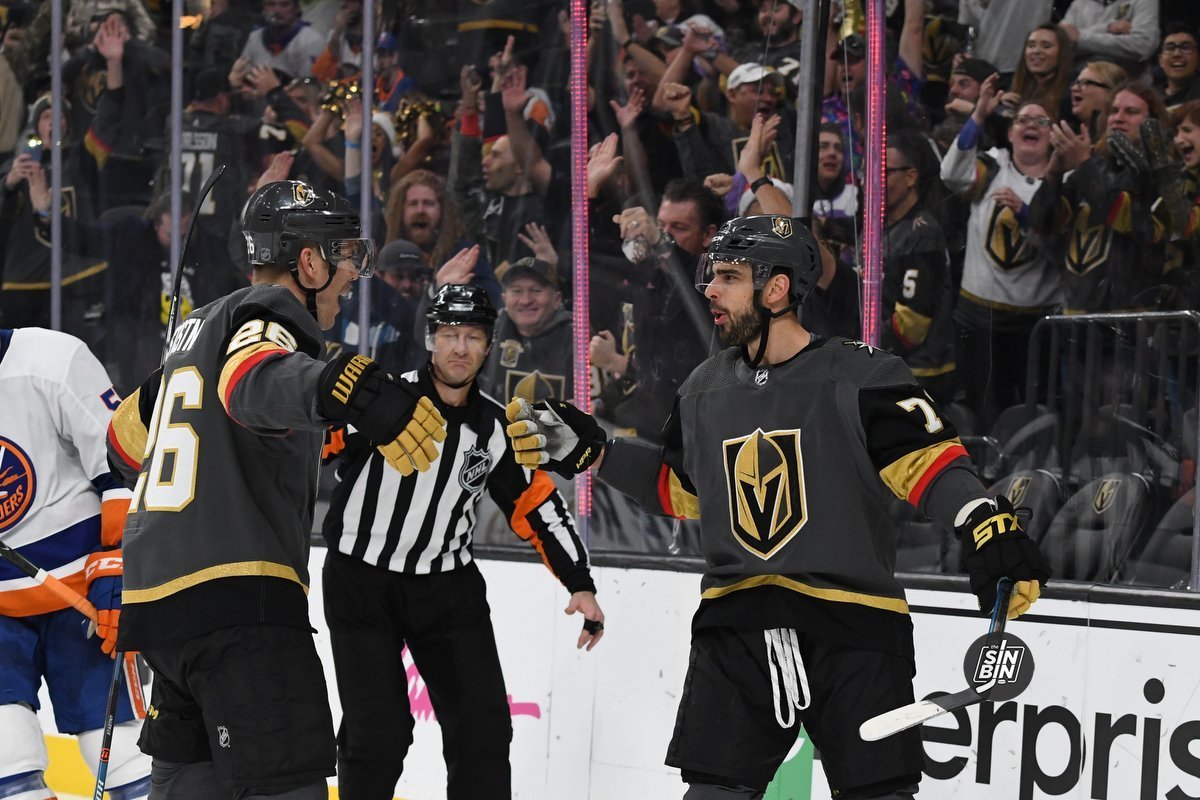 All this guy does is score. (Photo Credit: SinBin.vegas Photographer Brandon Andreasen)

The concern with switching lines is always about breaking up chemistry. Obviously, the line of Karlsson, Smith, and Marchessault has had chemistry in the past, but they haven’t produced at the same level this season as last. Following the game, Stastny mentioned playing with Smith in training camp, Smith talked about growing up with Pirri in Toronto, and both Tuch and Gallant referenced the 1st power play unit which has given Tuch a chance to work with Karlsson and Marchessault. So, even though it all seemed so new, it didn’t feel that way on the ice.

It’s not too much different. You can pick out little bits and pieces, obviously, everybody is a bit different but I think everybody can play with everybody on any given night. He mixed the lines up and I knew we were going to have chemistry right away. -Tuch

So the question now is, will Gallant stick with it moving forward?

Yeah, I don’t know, it’s possible. It definitely looked good enough and we will look at it tomorrow and talk about it and then the practice and we will see. I’m not sure. (pause) But I liked it. -Gallant

Reading between the lines a bit, I suspect they will, at least while Pirri remains in the lineup with Max Pacioretty out.

Smith and Stastny appeared to be completely on the same page and playing with Pirri gave them a target man to feed the puck to. But more importantly, playing with Smith and Stastny limits the defensive concerns that have been the principal reason Pirri hasn’t been on the NHL roster much in his Golden Knights career. Both Smith and Stastny are terrific 200-foot players that are rarely, if ever, caught out of position. So putting them with Pirri allows him the freedom to play the style of game that leads to him putting up points without having to spend a massive amount of energy worrying about the defensive side of the game.

Then there’s Marchessault, Karlsson, and Tuch, who looked like bats out of hell when they were on the ice together. Their forechecking was tenacious, they entered the zone with speed, and they looked like a line that’s nearly impossible to defend when they are clicking. The main concern would be how they are able to play defensively without Smith, but as a unit, the former top line hasn’t been as proficient keeping opponents at bay this season as they were last.

Yea I don’t know, like I said when you play with good players it doesn’t matter. -Stastny

It mattered on Thursday night and if Gallant is smart, he’ll channel his inner Vegas native and let it ride until the luck runs out.