Don’t Expect To See Much More Of Valentin Zykov 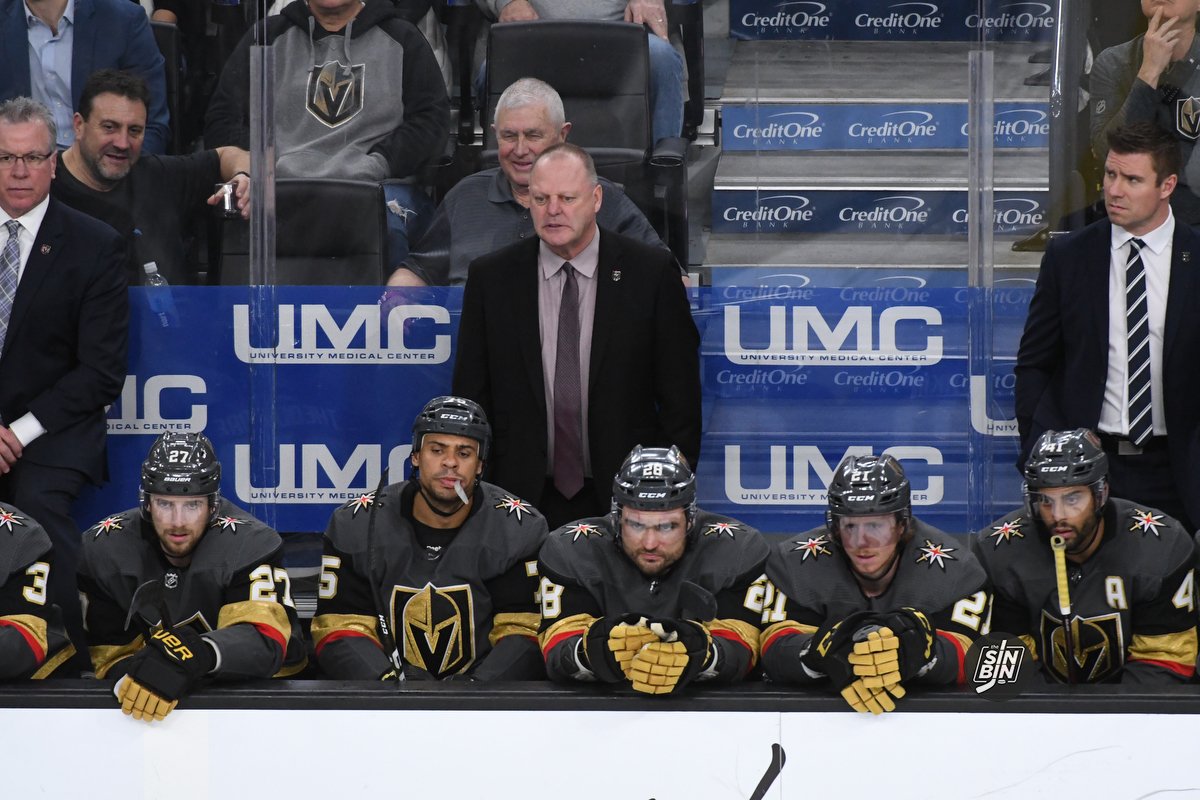 On December 29th the Golden Knights claimed Valentin Zykov on waivers from the Edmonton Oilers. First Zykov got held up by immigration, then it took four games before he finally got in the lineup. He was scratched the next five games before finding himself back in the lineup.

Zykov eventually found himself on the Golden Knights top line playing with Jonathan Marchessault and William Karlsson. That lasted three games before he was demoted to the third line for a game and eventually out of the lineup. He’s been a healthy scratch since February 12th, missing 13 straight games.

Today, in his daily press conference, I asked Gerard Gallant about if he has been considering putting Zykov back into the lineup. His answer was telling.

I’m trying to put a team in that’s trying to win. He played fine when he was in there, it’s just he’s a young player. The best way to explain it is, he’ll be ready when we need him and we’ll see where it goes. It’s tough for him, he’s a good kid and he’s worked hard it’s just that he hasn’t had a lot of experience in the NHL and we’re in the winning business right now and it’s getting down to the nitty-gritty. -Gallant

Earlier in the year, Gallant mentioned how he didn’t like how long he kept Oscar Lindberg, Brad Hunt, and Jon Merrill out of the lineup.

However, it doesn’t seem like Zykov will be getting the same treatment. Instead, he may find himself in the roster in the final few games after the playoffs are locked up, but Gallant isn’t ready to start thinking about that.

Every game matters to a point but we’ll see where we go. We’re still in a playoff hunt. We haven’t made the playoffs or clinched any playoff spot yet. So we’ll just play our team and get as many points as we can. If it gets down to the last three or four games and things look real good for us then we’ll see what we can do. -Gallant

The question now becomes did Zykov do enough to find his way into the mix next year. The Golden Knights forward group is going to be a crowded one in 2019-2020, but Zykov makes just $675,000 and Vegas is likely to be pushing the cap. He’ll have a full training camp under his belt, plus half a season practicing with the NHL club, but it wouldn’t be shocking if we’ve already seen the end of Valentin Zykov in meaningful action as a Golden Knight.