When Nate Schmidt returned to the Golden Knights’ lineup last month after serving his 20-game suspension for testing positive for a banned substance, everyone assumed everything would be fine in the VGK universe.

Of course, everyone was assuming that Colin Miller would always be in the lineup too.

That was a safe assumption considering Miller had never missed a game, regular or postseason. He, along with William Karlsson, were the Knights’ Iron Men. Gerard Gallant could put their names in the lineup in indelible ink and not worry. 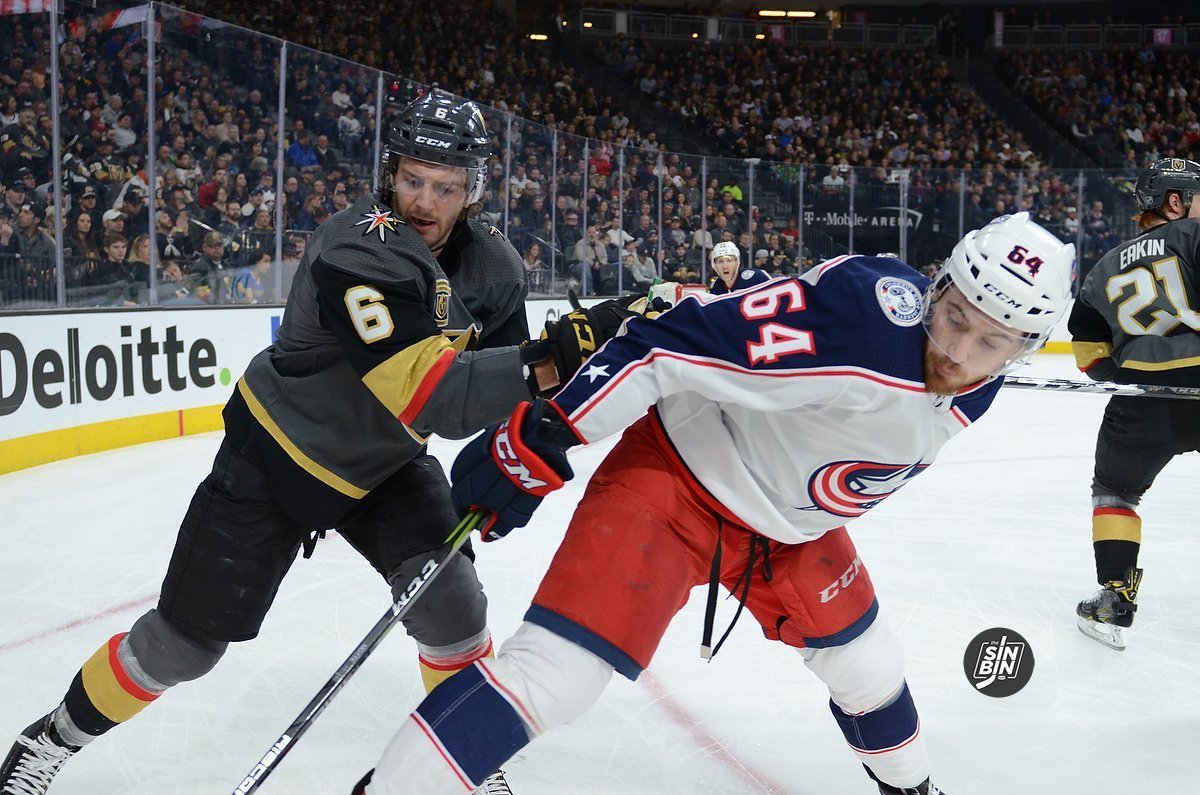 But Miller got hurt Dec. 17 against Columbus. He sustained an upper-body injury and he hasn’t played since. The Knights lost to the Blue Jackets that night and have struggled with Miller sidelined since. They didn’t look good in beating the Islanders last Thursday, squandered third-period leads to Montreal Saturday and Los Angeles Sunday and in doing so, left two valuable points on the table. Those two points would have looked pretty good this morning as you peruse the NHL standings.

Vegas has 44 points, one behind second-place San Jose and just three behind Pacific Division-leading Calgary. Yes, they’d be in the postseason if the playoffs started today. But given the way things are shaking out, every point matters. And those two points are going to have to be made up on the road somewhere — maybe at Nashville or Winnipeg — where the Knights will not be favored by the oddsmakers.

So what’s the point?

This team needs Colin Miller back on the blue line, pronto.

Nate Schmidt had a tough weekend and he knows it. But there isn’t a single player on this team who hasn’t had a bad night so I’m not assigning blame to Nate. He has done far more good than bad on the ice since his return.

But when Miller is playing, it gives the Knights a stronger third tandem. Nick Holden appeared to finally be getting comfortable playing alongside Miller and while Brad hunt and Jon Merrill are good hockey players who try hard, the fact is neither is as good as Miller.

If you recalled a few weeks ago when I wrote about Schmidt’s return, I pointed out that Miller would be more effective dropping from the top D pairing to the third and that it would help his game, which it did. He was far more effective at both ends of the rink.

But his absence has been noticeable. It also deprives Gallant of a third speedy skater who can get the puck out of his own end if need be, someone who can join the rush, which hasn’t been the case as often as it should so far this year, and someone who can create offense with his shot.

When Miller is playing, you have three fast defensemen who can transition from defense to offense — Schmidt, Shea Theodore and Miller. And the third D unit is usually paired with the third or fourth line and they are counted on to help support the attack.

The Knights have an important game Thursday as they host Colorado at T-Mobile Arena. The Avalanche also have 44 points at the Christmas break and like Vegas, are trying to pick up points every night. This is going to be a challenge for the Knights and getting Miller back on the ice would really help their cause.

Of course, we’ll have no idea until Thursday’s morning skate and see if No. 6 is out there.

Hope everyone had a Merry Christmas and you’re enjoying the holiday season. Thank you for all the support and making me feel welcome. It has been fun writing for you so far.

If you wouldn’t mind putting this on your radar, I will be having two author signings of my book, “Vegas Born — The remarkable story of the Golden Knights.”

If you’ve already purchased the book, and thank you for doing so, and you would like me to sign it, just bring it to either signing and I’ll be glad to oblige.