Do Hits Matter For The Season 5 Golden Knights? 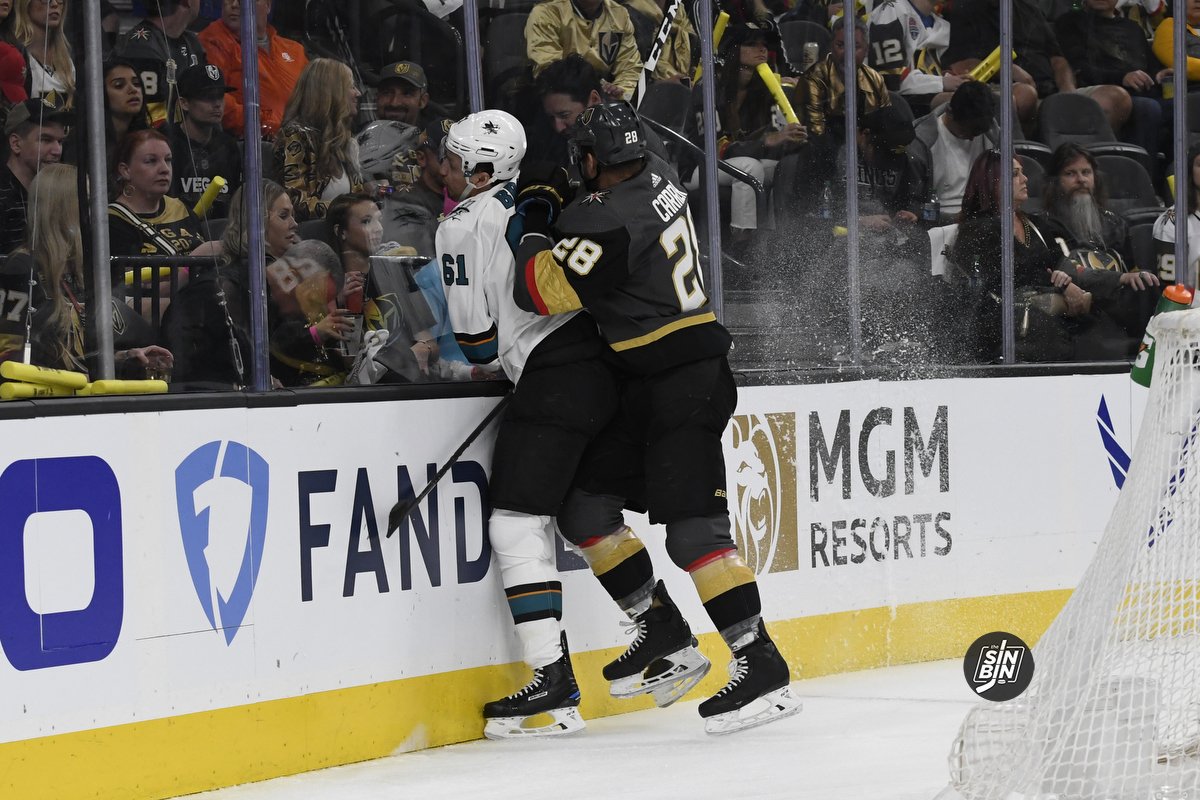 This season though, Vegas is near the bottom in the league, ranking 27th, with just 19.0 hits per game. They’ve laid fewer than 20 hits in exactly half of their 48 games, and have broken 30 just three times, a number they reached 31 times a few seasons ago.

The question remains though, does it matter?

In those three games in which the Golden Knights pounded their opponents into the boards, Vegas lost all of them in regulation, getting outscored 13-5 along the way. Meanwhile, in their three games in which they recorded fewer than 10 hits, they’ve gone 3-0-0 beating the Devils, Predators, and Stars all on the road by a combined score of 15-7.

We need to dig a lot deeper than that though as a number of those games were decided fairly early.

VGK are 11-4-0 when they have recorded 15 or fewer hits, including a 4-1-0 record at home, where hits have been handed out a bit more leniently than on the road. On the flip side, the Golden Knights are 9-4-2 when they lay at least 22 hits on their opponent. Four of the six losses came at T-Mobile Arena, meaning they are a stellar 5-1-1 on the road when amassing at least 22 hits.

I asked Pete DeBoer about his team’s dropoff in hits and he unsurprisingly went directly to the absence of one player.

When you trade Ryan Reaves you are automatically giving up one element to get another element. I think that’s a piece of it. -DeBoer

Obviously, Reaves being gone certainly accounts for a portion of the lower hit numbers. Reaves averaged about 4 hits a game which would have accounted for 194 more than Vegas has thrown. Adding those in, VGK would be in 14th in the league instead of 27th.

I still think we can be a little more physical than we have been though. When you get into the meat of the season like this, a lot of days it’s hard to drive that physical train every day unless you are wired like Reaves is. I think Will (Carrier) does it consistently, I think Kolesar tries to do it consistently for us too. -Pete DeBoer

It’s not just hits thrown though, it’s also ones absorbed.

Vegas has taken a ton of hits this season. Opponents have hit VGK players 1,426 times, which means the Golden Knights have been outhit by 501 in 48 games. To further illustrate the point, the team that leads the league in hits has laid just 1,370, or 56 fewer than opponents have hit Vegas.

However, those numbers aren’t exactly able to draw a direct correlation to winning or losing either. Nashville pummeled Vegas to the tune of 55 hits and beat the Golden Knights 3-2, but the Rangers, Senators, and Canadiens all hit Vegas at least 42 times in a game and each fell to the Golden Knights.

Going through the rest of the numbers, VGK have been outhit in most games, but there doesn’t seem to be any parallel between more hits and more goals. That being said, DeBoer certainly believes the numbers could become a bit more significant in the postseason.

I think we all know when it gets to the playoffs and you’ve got teams built like Calgary and Minnesota that you have to be prepared to play that type of game. -DeBoer

So, to answer the question posed at the top of this story, no it does not appear hits, or lack thereof in Vegas’ case, have impacted their ability to win hockey games this season. But, that doesn’t mean the coach doesn’t believe they need more of them down the stretch and into the most important time of the year.