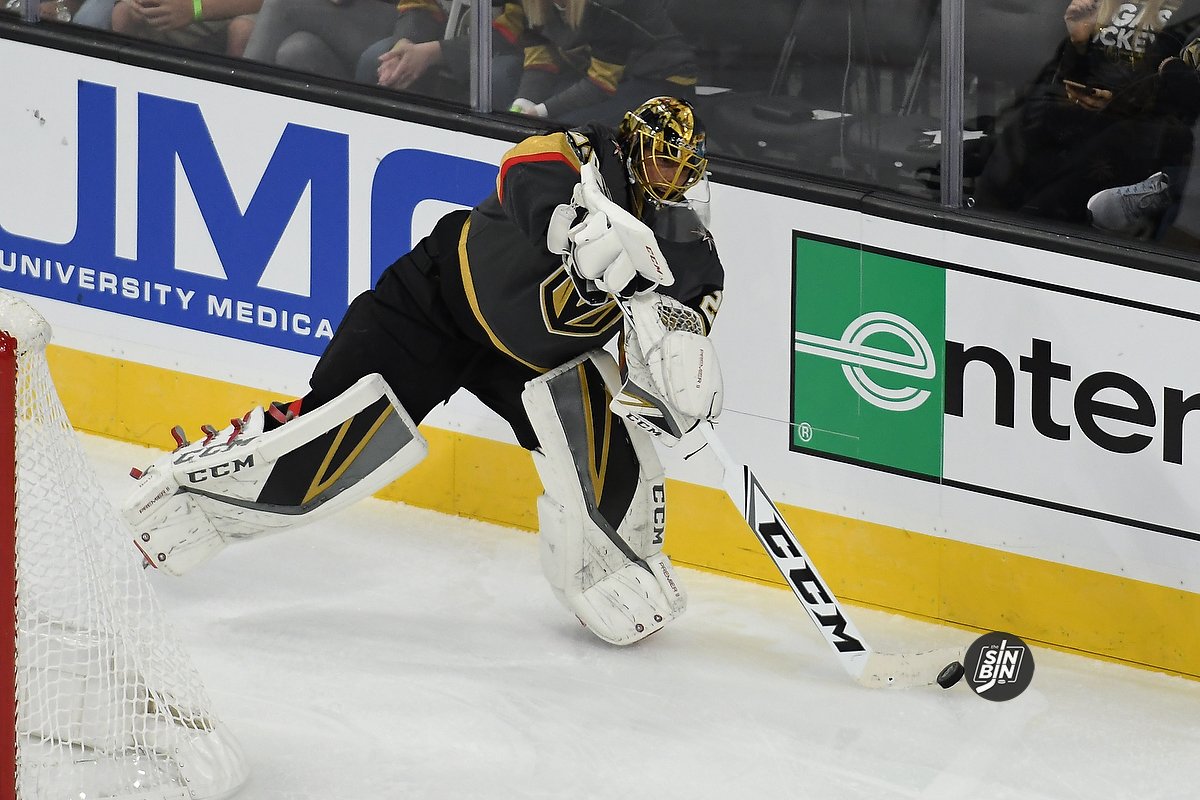 This guy is dominating, the Sharks are just afraid to admit it. (Photo Credit: SinBin.vegas Photographer Brandon Andreasen)

In back-to-back games the San Jose Sharks have scored a combined seven goals on Marc-Andre Fleury, all coming in the last two games. So sure, offensively San Jose woke up after Game 1, but they’re still down in the series 2-1.

Over the past two games, Fleury has allowed 7 goals on 89 shots. Add in his shutout from Game 1 and most would say he’s been brilliant. And if you don’t, you will after watching Fleury’s highlight reel save on Logan Couture.

Like I said, brilliant. You’d think the Sharks felt the same but…

He’s a beatable goaltender. At the end of the day, everyone is beatable. Goaltenders are meant to be beat. -Evander Kane, San Jose forward

Obviously, Kane is frustrated. The question was about his third period goal but took a turn to focus on Fleury. Kane has a heavy net presence, so maybe there is a brewing animosity.  When I spoke with Tomas Hertl after Game 2 you would’ve thought they dropped a seven-spot in a game, not a series.

We were screening Fleury, and he didn’t see nothing and that’s why we scored… We showed we can score four goals against Fleury, so they need to think about that now. -Tomas Hertl, San Jose forward

It’s not just these two, you can tell the Sharks are irked. They played arguably their best game of the series but ended up on the wrong side of overtime. Of course, it’s not over, but Wednesday becomes a must-win situation for San Jose. If the Sharks cannot tie and comeback in the series then they’ll only have themselves to blame for stupid penalties, sloppy play, and poor defense.

But hey, why not take it out on the nice guy in net instead.