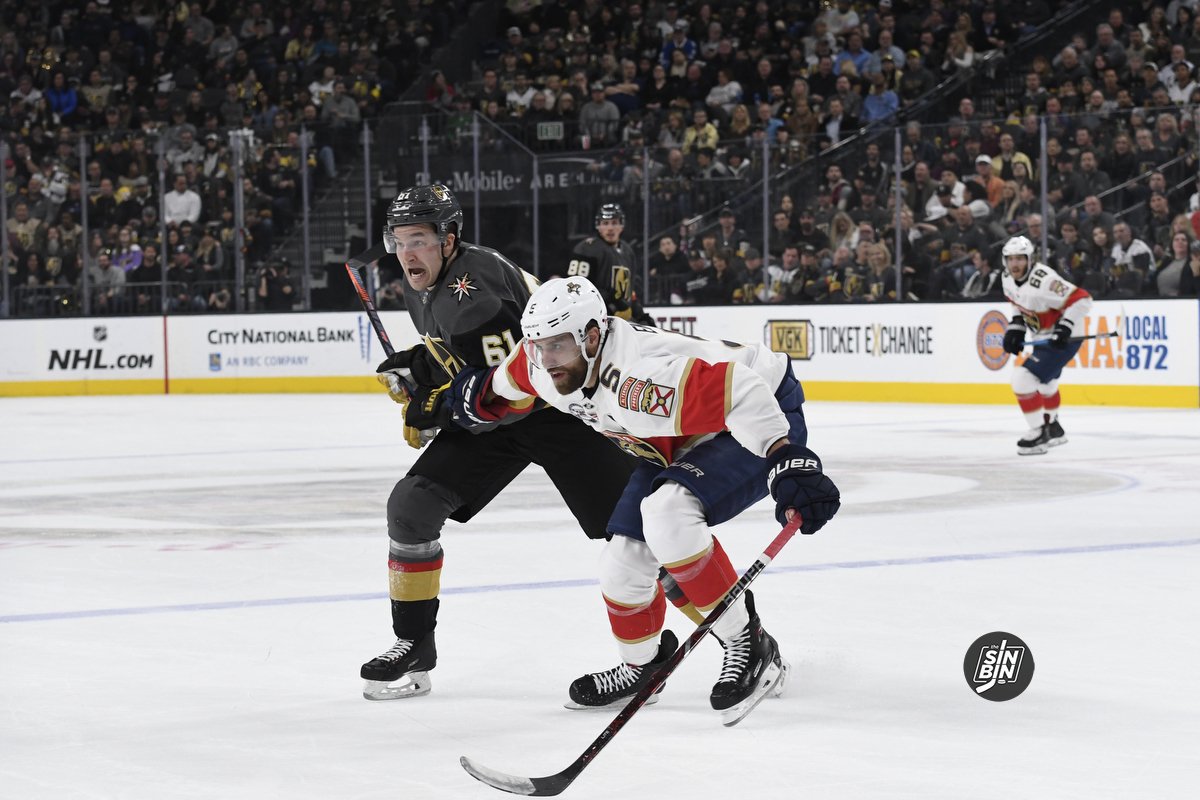 The NHL rink is 200 feet long by 85 feet wide. An international rink is nearly identical at 197 feet long but it’s significantly wider at 98.4 feet. Those 13 feet make a major difference in how the game is played and it makes transitioning from one ice size to the other a challenge.

Over the summer I had a chance to speak to two different wingers who were used to one size and then had to suddenly swap to the other. The first was Lucas Elvenes, a Golden Knights draft pick who has played in Sweden throughout his entire career before finishing up this season with the Chicago Wolves. The second was Mark Stone, who went with Team Canada to play in the IIHF World Championship in Slovakia.

Both agreed that the difference is significant and it absolutely takes some time to get used to.

It took some time to get used to for sure. I think the first game was difficult especially for us playing a good team. Being good hockey players the 20 of us figured it out pretty quick. -Mark Stone

Oh yeah, it’s a huge difference. Every time you come into the offensive zone you are close to the goal. Back home you have to work more to get a shot. -Lucas Elvenes

Where both noticed it the most was when their team had the man-advantage. Both Elvenes and Stone, while at massively different levels, play the same position on the power play. Each are set up to the goalie’s left on the half wall playing as both a shooting option as well as a pivot to move the puck out to the point or through the seem.

Power play is a lot different. You feel like you have all this time and space. If you are at the top of the circle, taking a shot from there it’s not going in. It’s just such a far shot and a bad angle. From the circles to the boards it just adds in a lot more room. -Stone

The D-Zone is always close to you, so you can’t make mistakes. The gap is tough for me because the forwards are always close to me. Plus the guys are big and like to hit.

Nikita Gusev plays the same role, but on the other side. But that’s New Jersey’s problem now.

The question is how will other Europeans in the Vegas pipeline translate on the smaller ice? Both Stone and Elvenes agreed that eventually the size difference fades and it just becomes hockey.

It’s going to matter, it just matters how much.