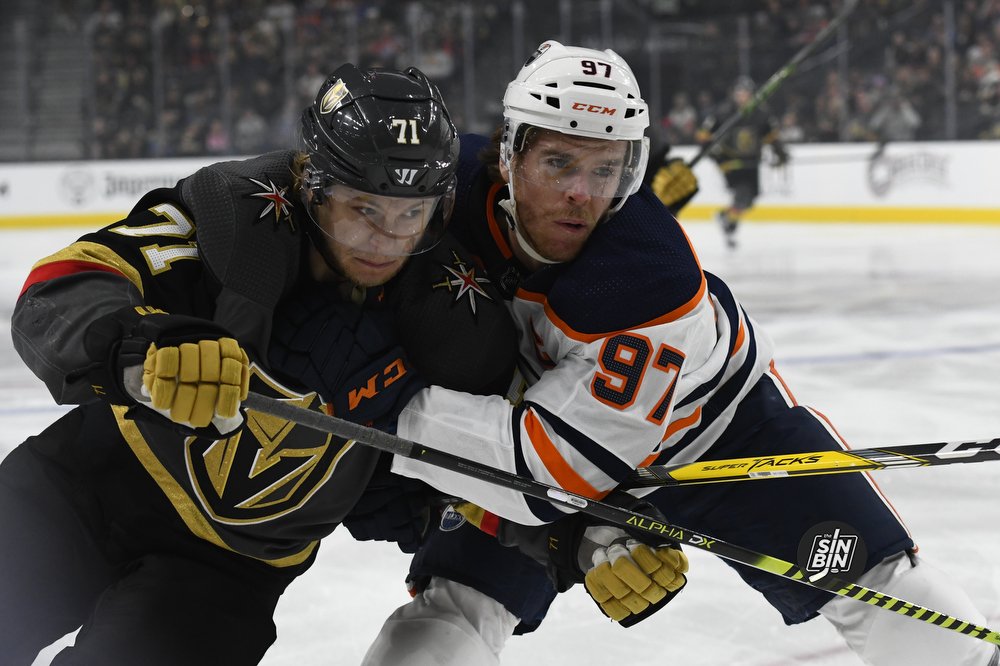 Through four games, the Golden Knights have lit the lamp 10 times. Four against Seattle, one against each of the Kings and Blues, and three last night against Edmonton. Only seven teams have scored fewer to this point and there are a combined six wins in 28 games between those teams.

The Golden Knights are understandably struggling to score as they fight through injuries that have $26.5 million out of the lineup. However, in the past two games, head coach Pete DeBoer has been encouraged with the offensive output.

When we take Stone, Pacioretty, and Tuch out of the lineup, we know scoring isn’t going to come easily. Actually, the last two games without those guys in I’ve found that we’ve generated enough chances offensively to score some goals. We got three tonight, could have had four or five. So from an offensive perspective, I feel better about our chances of scoring enough to win with those guys out for however long they’re out but we’ve got to get our goals against down. -DeBoer

The raw numbers bore it out too.

Vegas fired 72 shot attempts last night with 39 of them making it, or through, the goalie. Against St. Louis those numbers were 64 attempts and 43 shots on goal. All plenty enough to score three or four times in a game.

Even digging deeper, VGK came up with 3.64 expected goals vs. the Blues and backed it up with a decent 2.86 against the high-powered Oilers.

The Golden Knights are getting dangerous chances in the center of the ice, but just haven’t found a way to beat goalies enough to this point.

At face value, these are numbers you’d expect to turn around for the Golden Knights, but historically, they’ve always had problems in this area. Someone, or preferably multiple people, are going to have to step forward in the finishing department. The Golden Knights need above-average performance from a group of players. To this point, they’ve gotten it in generation, but haven’t in producing the final product.

Finally, and obviously, the power play, which has gone 0 for 9 to start the season and 0 for 27 dating back to last year, has been a huge thorn in the side of the Golden Knights. Failing on a 5-on-3 against Edmonton and two chances to take the lead against St. Louis went by the wayside, any of which could have given Vegas that extra goal to push them over the top. One power play goal per game would massively lighten the load.

DeBoer’s message last night was that the defending must pick up if the Golden Knights are going to turn around this early-season slump. But, no matter what the numbers say, they’re going to have to find a way to stick real pucks in real nets and despite the last two games showing encouraging signs, until they do it, the cause for concern will only continue to grow.

Iole: VGK Still A Cup Contender, But Problems Abound On the Ice And In The Stands