Defense Feeling Confident; But Know They Can Still Be Better 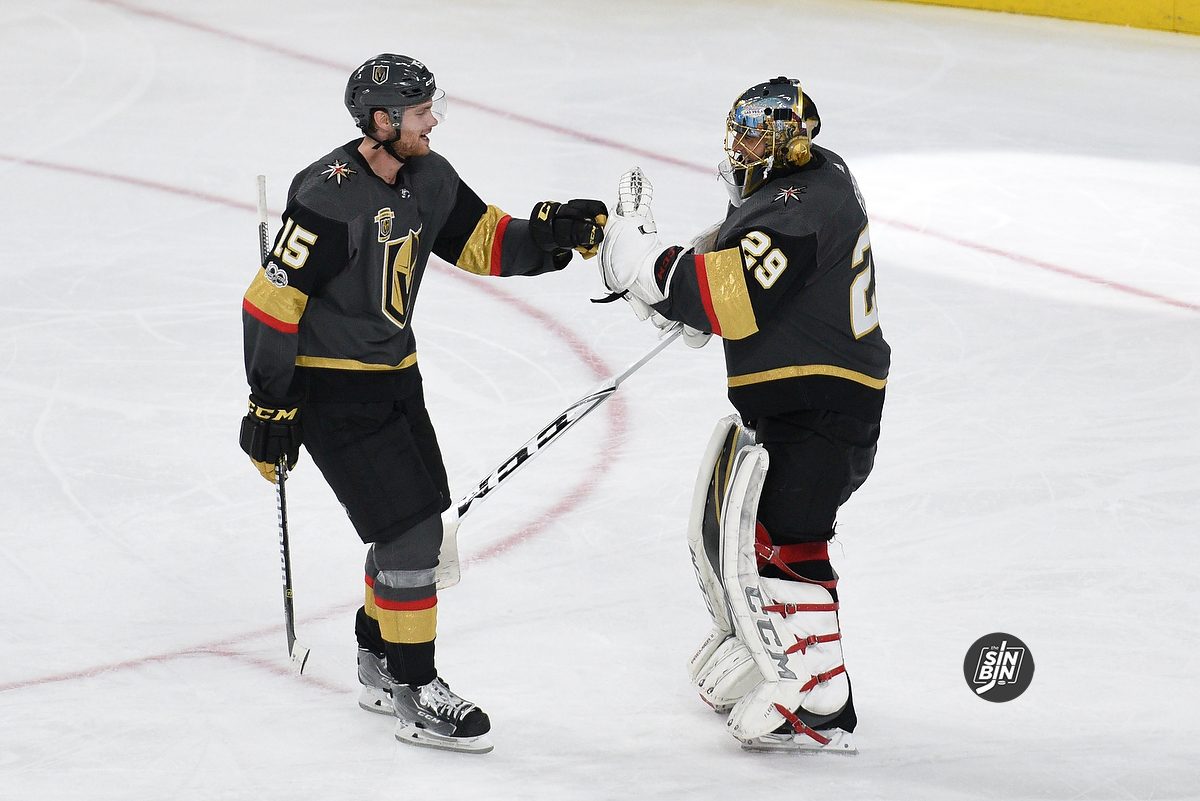 It’s obvious the Golden Knights are glad to be back home in Vegas. Right from the start of practice on Monday, players were smiling and laughing as if their record was 4-2, not 2-4. It was business as usual from City National Arena.

It felt good to get another win. Helps start getting things going in the right direction. We knew we needed that one. -Jon Merrill

Merrill said the team responded well in Philadelphia after three lackluster performances. Defensively, the team played well and simplified their game plan allowing their goaltender to perform his magic and shut out the Flyers.

Like football, defensemen in hockey also take pride keeping the opposition off the board.

Absolutely, for Flower. To have a shutout and all of the big saves he had in that game, it’s unbelievable. We definitely take pride in getting those shutouts, but winning is the most important thing. We’ll take them anyway we can get them. -Merrill

The defenseman admitted there were costly mistakes against Buffalo, Washington and Pittsburgh. However, the amount of goals allowed isn’t the best way to evaluate team defense.

When you win or lose 7-5 or 1-0, it doesn’t matter. A win is a win. When we lose 7-5 you have to look at some film a little more, but you would do the same if we lost 1-0. Obviously, in both there were breakdowns defensively. -Merrill

Reigning Jack Adams winner Gerard Gallant was happy with his teams improved defense but still went out of his way to reference the barrage of breakaways his blueliners allowed on the road trip.

The last three. It’s mental awareness, they need to know when people are leaving the zone early. -Gerard Gallant

The team expects good results on the five-game homestand starting tonight against Buffalo. In a perfect world, for Merrill, the Golden Knights will go on a winning streak, and Merrill’s Michigan Wolverines will knock off Michigan State this Saturday.

It’ll be interesting. A couple of big wins… it should be a big game this weekend. -Merrill

Hopefully, morning skate is optional on Saturday, the Michigan alum has some early morning football to watch. Step 1 to making that happen is to win tonight.