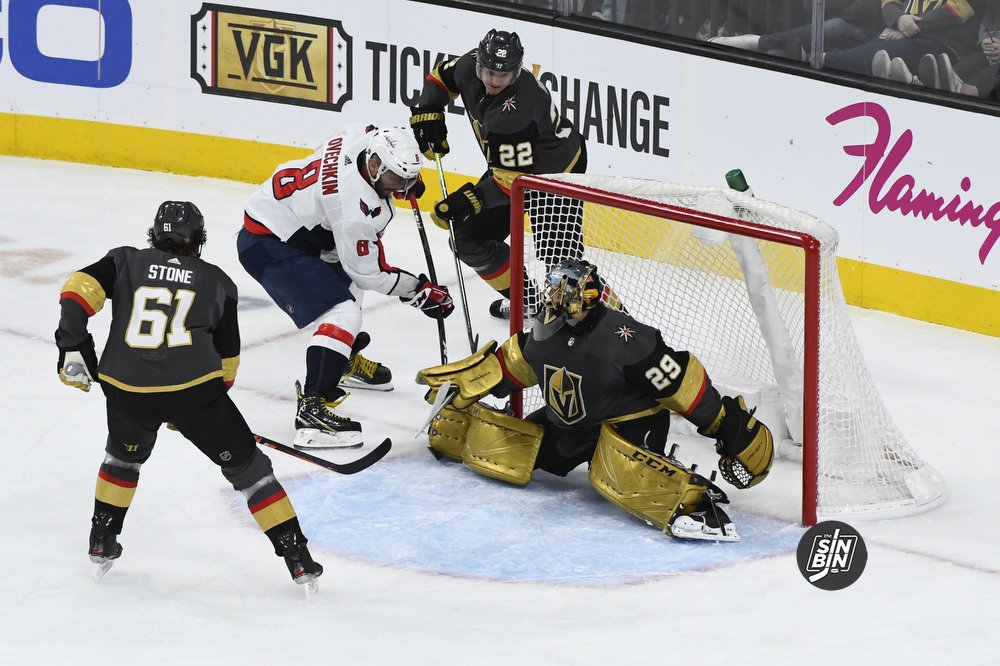 With the 2019-20 regular season winding down, the Golden Knights are blessed to have two elite goaltenders to get them through the home stretch. Both Marc-Andre Fleury and Robin Lehner are proven starters capable of handling a postseason load, but for now they have 14 regular season games to split. Or will they? Without knowing the plan coach Pete DeBoer has drawn up, we have his history to look back and give us an idea of how things may go down in net.

We have great depth at that position. -Pete DeBoer

In his 11 completed seasons as an NHL coach, DeBoer has led his teams to the postseason five times; each of the previous four and twice to the Stanley Cup Finals. In both Cup runs, his goaltenders Marty Brodeur and Martin Jones stood on their heads. In the 2011-12 postseason, Brodeur held his opponents to 2.12 goals per game. Same goes for the 2015-16 season. Coming off a Stanley Cup victory as Jonathan Quick’s backup in 2014, Martin Jones was a rock for DeBoer in the 2015 Cup run. Jones allowed 2.16 goals per game and led the playoffs with 3 shutouts.

Based on those two extended postseasons you would think his goalies were well rested and prepared for the playoffs. However, games played per goalie suggests differently. The Devils were jockeying for playoff position, leading to a heavy workload for Brodeur. However, it worked out and New Jersey won their last six regular season games. The Hall of Fame goaltender played in five of those final six contests.

In their 2015 Cup run, San Jose was also battling to secure a playoff position down the stretch. Which led DeBoer to rely heavily on Jones. The Sharks starting goaltender played in 12 games going 6-6-0 in the final months. However, backup James Reimer picked up his club winning six of his final eight starts.

In Deboer’s other three playoff appearances, he gave Jones very little rest down the stretch in the 2018 and 2019.

It’s tough but it’s a luxury. I think the new NHL is trending towards more rest, fresher guys and using two goalies. It is a great luxury for a coach to have. I haven’t been in a position really like this before. I think maybe my last year in New Jersey, I had Schneider and Brodeur right at the end. You need as much depth as possible at every position and that’s the most important position and you know we’ve got great depth there, so great problem. -DeBoer

While it’s clear the 2020 Golden Knights have a much better goalie unit than DeBoer had in San Jose it’ll be interesting how he splits the workload for Fleury and Lehner. Will he try to use them both evenly as he has been, or will his Game 1 starter get a heavier dosage? Either way, the says the decision is completely on his shoulders now. The results will too.