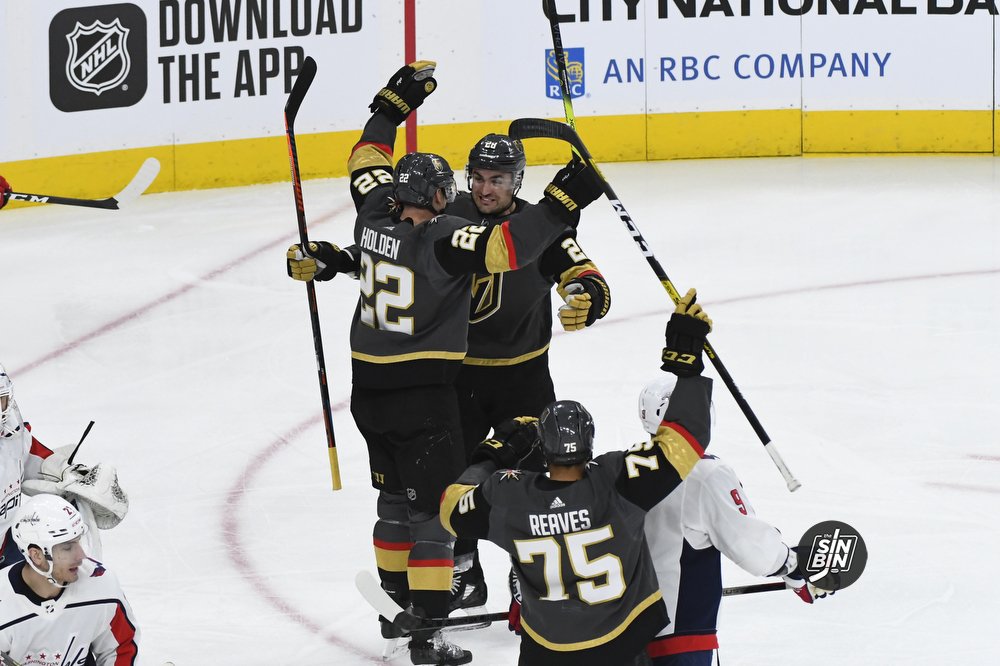 Last night was the biggest game the Golden Knights have played since Pete DeBoer took over as head coach. It wasn’t a “must-win,” but it was certainly one that had a lot more consequence to lose than any of DeBoer’s previous 20.

I once heard a scout explaining why he loved scouting the OHL playoffs. It wasn’t because he wanted to see how the players would perform under pressure, but because of the information that could be gathered by how the coaches used each player. Coaches want to win and they’ll inherently do what is best to help their team do it. If that means playing the best player 28 minutes, so be it. If it means sticking someone else on the end of the bench only to see four shifts in the whole game, it is what it is. Ice time is a direct reflection of trust and trust is the best compliment a coach can give a player.

It’s an overly simplified idea, but it’s surprisingly useful and can be applied to every level of the game. That’s why last night I was so interested in usage, which ended up leading me down a rabbit hole to see how DeBoer rolls his players out on a nightly basis.

In Calgary, the Golden Knights and Flames played 54:16 of 5-on-5 time. Brayden McNabb led all defensemen with 20:58, while Nick Holden brought up the rear with 13:07. DeBoer played his top-four defensemen more than 20 minutes apiece and neither Holden nor Zach Whitecloud crossed the 14-minute mark.

As for forwards, he leaned on his top-nine. The 1st line played around 15 minutes, 2nd played about 14:30, and the 3rd saw about 14. The 4th line played about nine minutes, yet they were able to tally the all-important opening goal.

Remember, any time there’s a faceoff there’s a stoppage in play, so it gives a coach an opportunity to make a line change.

That’s not surprising. It’s with the forwards that it’s a bit more interesting. The 4th line of Tomas Nosek, Ryan Reaves, and William Carrier led all forwards with eight offensive zone draws. 37% of the offensive zone draws went to the line least known for scoring. Meanwhile, arguably the Golden Knights best offensive players, William Karlsson, Max Pacioretty, and Nic Roy, were out there for just two of the 22 offensive zone draws. Yet, the line starting in their own zone the most created more shot attempts, more shots on goal, more high danger chances, and more expected goals, while allowing fewer across the board (weighted by minutes played) than the 1st and 3rd lines, while being basically right on par with the 4th line.

This had me wondering, is this normal? Is DeBoer constantly putting the top-six in defensive roles and the 4th line in an offensive one?

The answer is, yes he is.

I pulled all 5-on-5 stats since the bye week. In that time the Golden Knights offensive zone start percentage as a team is 55.7%, meaning they take more draws in the offensive zone than defensive zone as a team (312 OZ draws compared to 248 DZ draws).

Yet, in those 18 games, Nosek and Reaves are the only two players in the regular starting lineup to have allowed more goals than they’ve scored while on the ice. They’ve scored seven but allowed nine.

All of the Golden Knights top-six come in below the team average in offensive zone starts, while the entire bottom-six comes in above.

To me, this is a signal of what we should expect to see come playoff time. Done are the days of rolling four lines. Instead, DeBoer will ride his horses and ride them hard. Expect to see massive minute loads out of the top-six forwards and top-four defensemen, and expect to see the depth players put in offensive positions.

Thus far, it’s worked as the Golden Knights have won 13 of 18 and boast a goal differential of +13 since the bye. The question is whether it will continue when the games matter the most and if it doesn’t, how quickly will these numbers shift?