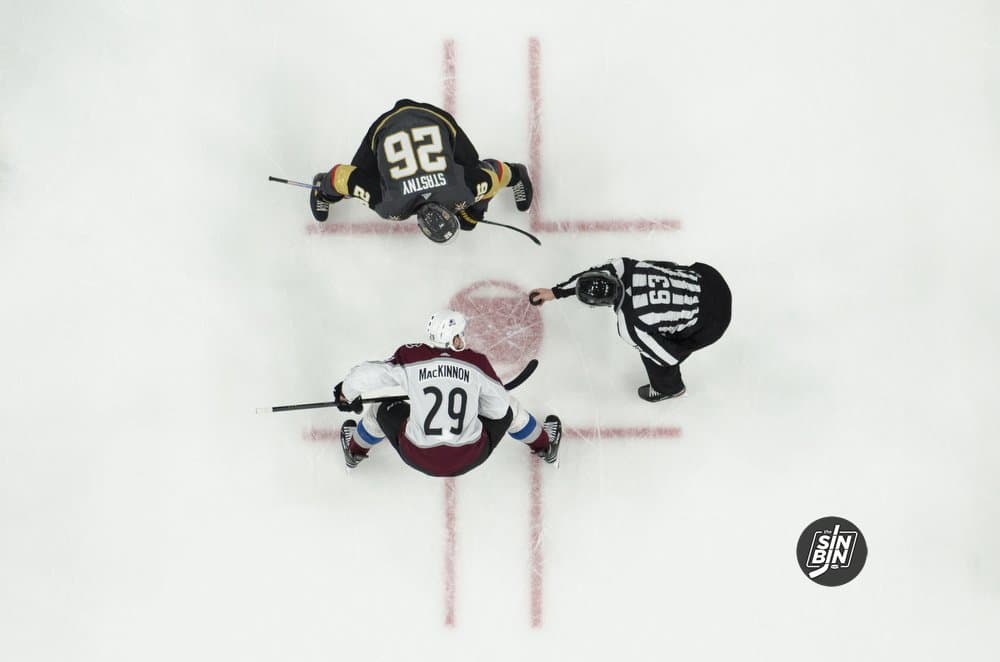 The Golden Knights are going to get real familiar with a group of seven other teams this season. The new West Division which sees St. Louis, Colorado, and Minnesota replace Edmonton, Calgary, and Vancouver from the Pacific will be the only teams the Golden Knights face this year unless they are fortunate enough to reach the semifinal.

The additions of the Avalanche and the Blues certainly makes the division a bit trickier than it has been each of the past three seasons. Plus, expectations for a bounceback season are certainly there for San Jose and Arizona remains a bit of a wild card which could tighten things up even more. With four spots available in the playoffs, the division sets up well for the Golden Knights to reach the playoffs, but it’s not without its potential hazards.

Speaking on the VGK Insider Show on FOX Sports Radio, head coach Pete DeBoer chose to take a positive approach to taking on the new challenging division. He even harkened back to a storyline he denied in the moment but now sees it may have had some validity.

You don’t have any choice but to look at (the tough division) as a positive, and I actually do. When I look at the bubble and I look at the road Dallas had to the Final they didn’t have an easy series anywhere through. They didn’t win, but it didn’t hurt them that they had to go through some really good teams to keep advancing. And you could argue that we maybe had a little bit of an easier path and it might have hurt us a little bit when we got to a really hardened team. –Pete DeBoer on VGK Insider Show

Playing the 15th and 23rd ranked teams in points percentage certainly aided the Golden Knights in reaching the conference final, but DeBoer may have a point in how it affected his team’s performance against the 10th ranked team in the Stars.

There’s no question in my mind it hurt them in Game 1 against Dallas. The Golden Knights were physically overmatched in that game and it seemed to send them even further into the scoring drought that started against Vancouver. It’s certainly not the main reason Vegas flopped in the Western Conference Final, but it’s fair to say the easy path did them no favors once they got there.

This season is due for quite a bit of unpredictability but no matter how it shakes out, it’s unlikely the Golden Knights (or any team) see an easier path to the semis as last year’s team did. In fact, there’s a real chance this season could set up as one of the toughest paths to the final any team has ever had to endure, and DeBoer knows it.

If I’m putting the top teams in the NHL down on a piece of paper prior to the season Colorado is probably in the top two or three for me and St. Louis is in the top five. That makes it an ultra-competitive division and whoever gets out of there will have to earn it. –DeBoer on VGK Insider Show

I’d assume Vegas is in the Top 5 on his list as well which means in the eyes of the Golden Knights’ head coach, the winner of the West Division might end up playing four of the top five teams in the NHL to win the Stanley Cup.

You know what they say. To be the best, you’ve got to beat the best. If that’s what the Golden Knights want to be, that’s exactly what they may have to do.