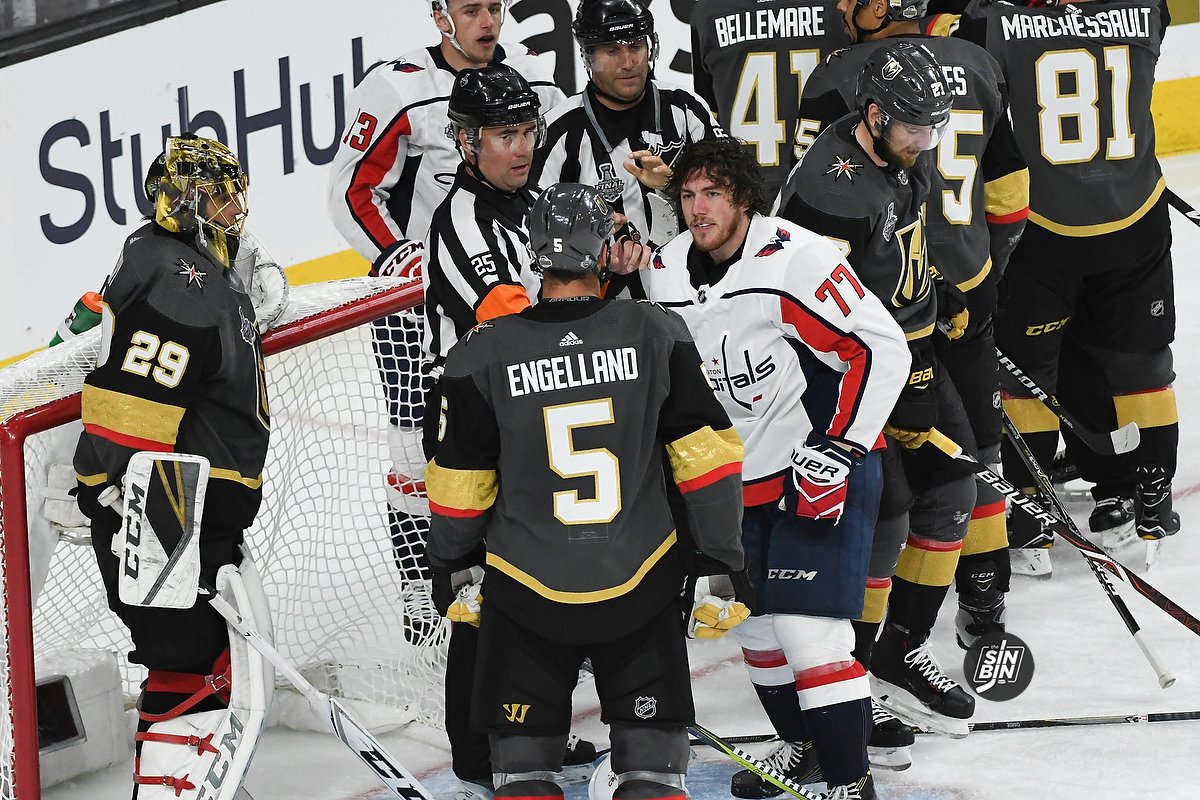 When Pete DeBoer took over as head coach of the Golden Knights, one of the most drastic changes he made to the everyday lineup was to take Deryk Engelland out of it.

Before the season was paused, Engelland had been scratched in 12 straight games and had played in just one of DeBoer’s last 18. All in all, Engelland appeared in only five of the 22 with DeBoer behind the bench.

Under Gallant, Engelland was scratched just eight times in 213 regular-season games and not a single time in 27 playoff games.

DeBoer still believes Engelland is a major part of the team, however. Speaking with JT The Brick on Fox Sports Radio, DeBoer went out of his way to praise the leadership Engelland brought while being placed in a “tough situation.”

To a man they all want to win the Stanley Cup, that’s their number one motivation. They are willing to do whatever they have to do to be a part of it. I look at Deryk Engelland as an example of that. Tough situation, veteran guy, we had to scratch him some games here recently before the pause. The messaging to me was ‘I just want to be a part of this. When you need me, let me know, and I’ll be ready to go.’ You can’t have enough of that and that’s what makes groups like this special. -DeBoer on Fox Sports Radio

DeBoer went on to say the leadership group of the team is eight to ten players deep, but clearly has an affinity towards Engelland.

The question moving forward is where does Engelland fit in on a roster that has become crowded on the blue line. The Golden Knights have six NHL contracts on the books for defensemen already to go along with Nic Hague, Jake Bischoff, Dylan Coghlan, and Jimmy Schuldt all chomping at the bit in the AHL.

Leadership and character are major pieces in what the Golden Knights look for when constructing their roster, but at some point skill on the ice has to take precedence over intangibles. DeBoer proved unequivocally he trusted Nick Holden, Jon Merrill, and Zach Whitecloud over Engelland in the lead-up to the pause.

And, despite the kind words, likely tipped his hand as to Engelland’s future as a player in the Golden Knights organization along the way.