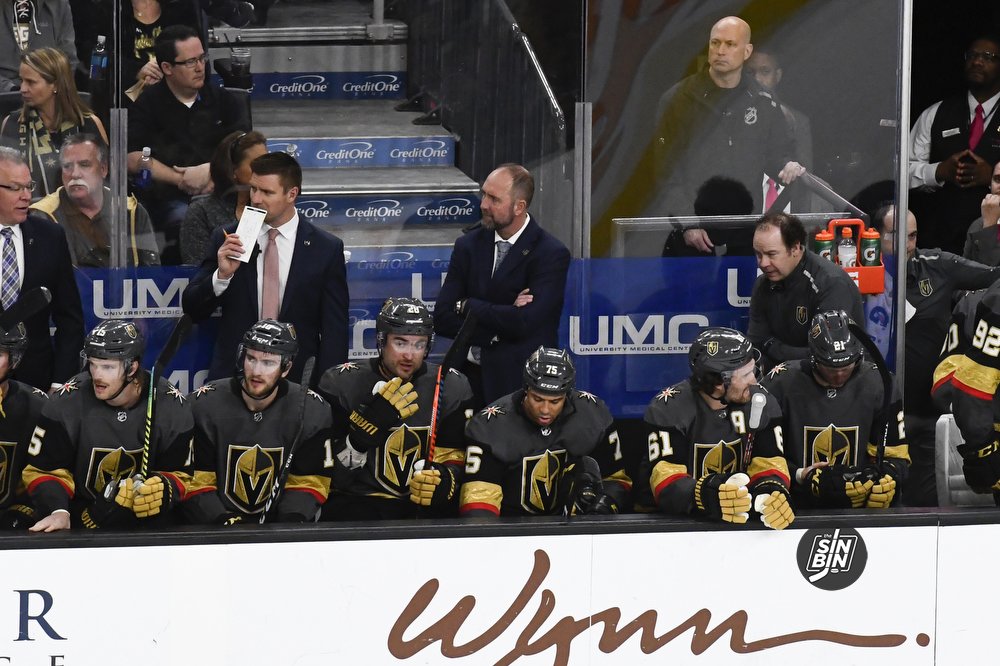 Those are the order of shooters in the Golden Knights’ five shootouts this season. (*=Goal)

Vegas has scored on nine of their 20 attempts, which has them at 45%, the 5th best success rate in the NHL this season. In fact, only one other team (ANA) has at least nine shootout goals this year, and the Golden Knights have more successful shootout attempts than the Flyers, Hurricanes, Canadiens, Bruins, Islanders, Jets, and Senators combined.

This has led VGK to a 4-1 record in the tiebreaking skills competition, which clearly proves whatever process goes into selecting their shooters is working brilliantly.

Recently, appearing on The Press Box on ESPN 1100, Pete DeBoer dove into that process.

We have a whole analytic breakdown of shootouts and shootouts against particular goalies. I really try to not overthink those situations, we usually just go by the list. –DeBoer on The Press Box

There is one scenario in which he’ll deviate though.

We will move guys around on that list based on who is having a hot game. For example, we used Dadonov earlier in shootout before because he scored in the game. –DeBoer on The Press Box

But it’s not just the scoring that has been working for Vegas this year in shootout. Despite entering the season as statistically the worst shootout goalie in the history of the NHL, Robin Lehner has stopped 11 of the 16 attempts he’s faced. That’s just a .688 save percentage, which has him ranked 23rd in the NHL this season, but that’s a far cry from the almost laughably bad record he has had in the past.

One thing people don’t see is that he works on his game. Every year at the end of the season we identify areas for guys to work on and coming into Vegas one was breakaways and shootouts. It was never a serious strength but he works at it, he studies film, and he’s getting better and better. –DeBoer on The Press Box

Lehner has been in goal for three of Vegas’ four shootout wins and has risen his career percentage to .545 which has him out of the all-time cellar and into 114th of the 117 goalies to appear in at least 10 shootouts.

Shootout success has earned the Golden Knights four extra points in the standings which as it stands in the difference between being atop the Pacific Division and sitting in 3rd.