As the Golden Knights head into the 2021-22 season there’s not a lot they want to change. They’ve been to the conference finals in back-to-back seasons, they tied for the President’s Trophy last year, and they’ve been consistently one of the winningest teams in the NHL since their inception.

But, since they haven’t reached the mountaintop yet they know they can’t stand pat and expect things to be different this time around.

Speaking with the media on the first day of Training Camp, head coach Pete DeBoer clued us in to one such place he’s looking for change in his forward group.

What we saw last year was I felt we overplayed some of our top guys, especially penalty killing situations. When we talked in the summer about building this team out with Kelly and George, I’m a big believer that we’ve got to have at least a couple penalty killers in the depth of the lineup so that you’re not overtaxing the top guys, you can save them a little for offensive situations. -DeBoer

With Tomas Nosek off to Detroit and Alex Tuch injured for the first few months, this concept of using depth players to penalty kill opens the door for a number of guys. The chief among them is newly acquired Brett Howden.

Howden has averaged 1:44 of penalty killing time per game over the past few seasons for the Rangers and has been reliable doing it. This could be a hint that Howden has an inside track into the Golden Knights’ lineup early in the season. 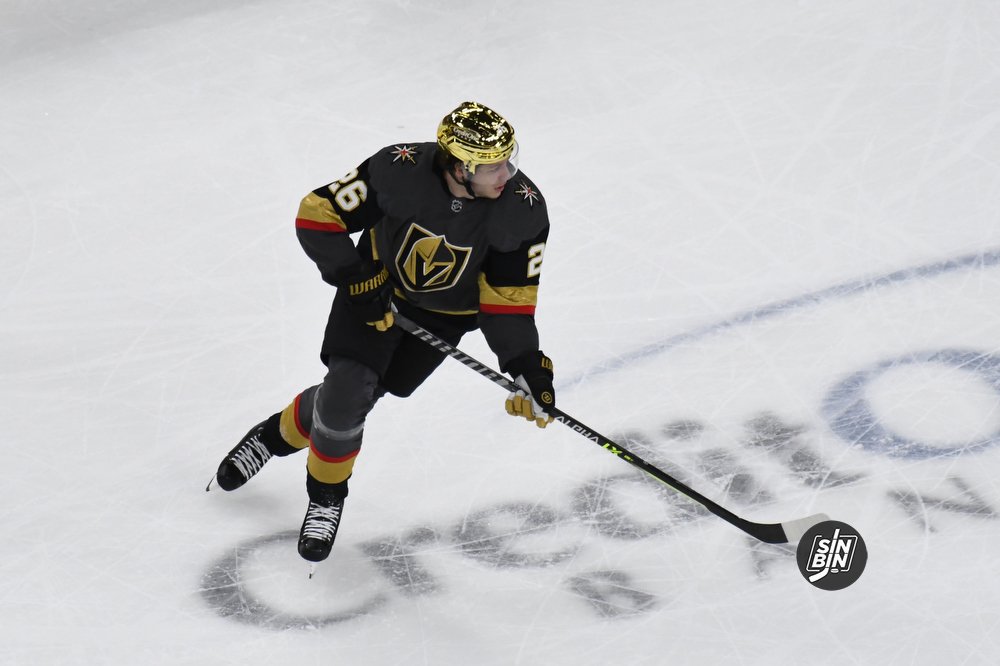 The next most likely candidates would be Nic Roy and Mattias Janmark. Both were used sparingly in the postseason, but are each expected to be in the everyday lineup this year.

Nolan Patrick is a potential option as well but at no point during his time in Philadelphia was he relied upon to kill. In fact, he’s put in just 22:37 in his 197 NHL games, or an average of seven seconds per game. However, he’s always been touted as a two-way player and has strong enough skating to succeed killing penalties.

It’s unlikely we see Evgenii Dadonov, William Carrier, or Keegan Kolesar on the kill, but maybe DeBoer’s commitment to bottom-six specialists opens the door for a guy like Peyton Krebs, Lucas Elvenes, or Jack Dugan.

The tricky part for the Golden Knights is maintaining their penalty-killing dominance. Last year Vegas killed penalties at an impressive 86.8%, which led the NHL in the regular season and was the 10th best PK rate since 2011. That number dipped in the playoffs, but it was mainly due to sample size, as they still looked just as strong throughout the 19 game run.

It’s no secret that VGK’s top four penalty killing forwards are among the best in the league. Karlsson and Smith have been nothing short of astounding for the past four years, Stone’s Selke candidacy includes his work on the PK, and Stephenson’s speed always makes him dangerous to net a shorthanded goal.

It’s easy to say you plan to use other guys on the first day of Training Camp, it’s another thing to actually be able to pull it off late in a tight playoff series. DeBoer is going to give these guys a chance to prove they can do it, it’s up to them to grab that time and hang onto it. If they don’t, we could already have our first hint at where the Golden Knights will be looking come deadline day.

With Training Camp Underway GM McCrimmon Happy For Some Normalcy