From Feb. 1 through Saturday night, there had been 20 trades consummated in the NHL.

The Golden Knights were not a participant in a single one of them.

The trade deadline is 24 hours away. And it begs the question: What will George McPhee do?

You can make an argument for any of the above and have a valid point. My gut is telling me he is listening about participating in a big deal, one that perhaps could have multiple teams involved. Whether he takes action, only he knows. He doesn’t share his thoughts with me, though sometimes it would be nice to have a general philosophical conversation with GMGM about hockey and take his temperature on various topics surrounding the game in general and his team in particular.

But that’s not his style. So that leaves me to guess what I think he’s going to do, which is a dangerous, and most likely, inaccurate game.

A week ago, I proposed making a serious run at Ottawa forward Mark Stone, the team’s leading scorer. I cited several reasons why Stone should be McPhee’s target with the caveat being he has to have a guarantee Stone would agree to a long-term deal to play in Vegas. No rentals here.

As of this morning, Stone was still with the Senators while Matt Duchene and Ryan Dzingel are no longer in Ottawa, both having been dealt to Columbus in separate trades. I have no doubt Sens GM Pierre Dorion is going to demand a ton for his best remaining player and the price may simply be too steep at this point for the Knights.

But if you’ve watched this team perform the past three weeks, it’s not just scoring that they need or a boost to its anemic power play. 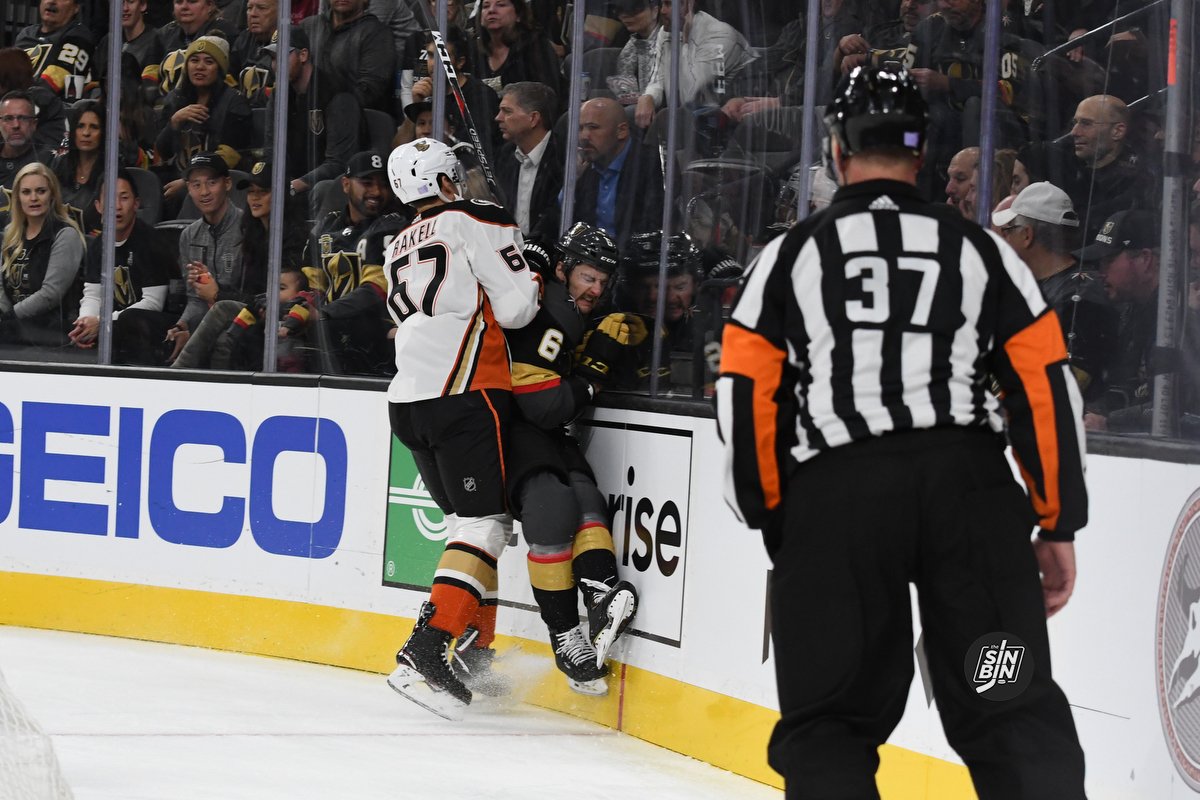 The defense has struggled, particularly Colin Miler and Brayden McNabb. McPhee watches the same game we all do and while he may view things through a slightly different prism, he no doubt sees some sketchy play from his blue line corps and perhaps his attention may be shifting from looking to trade for some scoring to shoring up his defense.

He has been quoted recently that he likes this team the way it is currently constructed and that when they are playing the right way, the Knights are a very good hockey team. But the reality is Vegas has not been on the right side of things lately. They were on Feb. 16 when they dominated Nashville, 5-1. They played O.K. in losing to Boston in a shootout last Wednesday, 3-2.

However, the bad has far outweighed the good since the team headed into its All-Star break back on Jan. 19. Friday’s performance in a 6-3 loss to Winnipeg is a case in point. They are 3-8-1, have lost seven of their last eight at home and have fallen out of the chase for the Pacific Division title.

Eighteen games remain, beginning Tuesday at T-Mobile Arena against Dallas. The Knights, who have 69 points, are in third place with an eight-point lead over Arizona (Yes, Arizona), which incidentally has two games in hand on Vegas. So don’t believe everything is a stone cold lock for this team to stay in third right now.

But let’s get back to the original question — what should McPhee do? Should he go for a home run trade which would likely mean moving players, picks and possibly prospects? Should he make a smaller move to shake things up and hope the chemistry works? Or should he leave well enough alone, focus on maintaining a playoff berth, hope that Erik Haula can be ready for the postseason and maybe call up Erik Brannstrom to shore up the defense?

At the same time, should Gerard Gallant and Dave Prior try and rest Marc-Andre Fleury a little more frequently down the stretch? Should Gallant rotate the healthy scratch between additional defensemen, perhaps giving Deryk Engelland a night off or letting McNabb miss a game?

Finding a willing partner to deal with may not be so easy, given the standings. Teams like St. Louis, Chicago and Arizona, which were not in the postseason conversation a month ago, are suddenly vying for the playoffs. They may not be as willing to want to mess with their rosters now.

And other teams that are in the chase for the playoffs are also looking to add that final piece of the puzzle and are seeking what the Knights are looking for as well. Dallas did that Saturday when it acquired Mats Zuccarello from the Rangers to bolster its offense and add a little bit of grit to the lineup. You’ll see that on display Tuesday when the Knights host the Stars at T-Mobile Arena. Some were calling for GMGM to deal for Zuccarello, but obviously the Stars beat him to the punch, assuming he was ever at all interested in trading for Zuccarello.

There are no easy answers and McPhee can expect to be criticized no matter what he ultimately decides. But the fact is this is his team. He built it. He is the man responsible for the roster.

I believe we’re going to see some movement in the next 24 hours. I think the team’s current level of performance is not acceptable and there will be some adjustments.

It’s probably not real comfortable inside the locker room right now. A lot of players are probably wondering what’s coming. But it should serve as a wakeup call for the Knights. They are capable of better and need to play to a higher level than what they have recently shown.

It’s easy to point to someone and say he’s the reason why the team has been struggling. But if that were the case, Gallant would have addressed it. Yet sitting Miller the last two games didn’t produce any wins, did it?

Everyone loves to compare things to last year. But this is not last year. We should all realize that by now. This year’s Knights have formed their own identity. Would a couple of trades change that? Perhaps, depending on what McPhee ultimately does and how impactful the moves are.

Let’s see what happens over the next 24 hours.