Batman is one of the few superheroes that does not actually have a special power.

“He relies on his genius intellect, physical prowess, martial arts abilities, detective skills, science and technology, vast wealth, intimidation, and indomitable will,” or at least that’s what Wikipedia says.

He’s there to fight crime and save Gotham City from evil, but in every adaptation of the world’s most beloved fictional character, there’s a dark side, which earned him the nickname, the Caped Crusader, or more fitting for the topic of this website, the Dark Knight.

The Vegas Golden Knights have a Dark Knight of their own. His name is Kelly McCrimmon, and he’s the mastermind that has the ability to pull strings not many in NHL circles posses.

Ask someone who knows him, and without a question the word smart will be in the answer. Rather than physical prowess, martial arts abilities, and all the other crap that makes Batman, Batman, McCrimmon has his own set of skills. “Excellent talent evaluator,” “brilliant hockey mind,” “incredible work ethic,” “a real asset in the role he’s been cast in.” And I have a feeling that “indomitable will” is probably in there when it comes to helping the Golden Knights put a winning product on the ice.

McCrimmon is, the Dark Knight of Vegas hockey.

As the former GM and coach, and still the owner of the Brandon Wheat Kings of the WHL, McCrimmon has an understanding of junior Canadian hockey like few in the business.

Putting the pieces together, he’s likely the reason Bob Lowes, Raphael Pouliot, and Bruno Campese were hired as scouts, and probably had a direct connection to many more that don’t have as obvious of connectable dots. As far as players go, he’s one for one. The signing of Reid Duke is just the beginning of what’s likely to be a long line of players headed to Vegas directly off the recommendation of McCrimmon.

GM George McPhee has consistently stressed his willingness to build through the Entry Draft. He’s mentioned the importance of finding players like Duke, hitting on late round picks, and discovering talent where no one else saw it. That’s what The Dark Knight does best.

During his time in Brandon he was well-known for his ability to fleece others in trades, and he has a long history of drafting 15-year-olds that turn out to be NHL stars. Brayden Schenn, Jordin Tootoo, Mark Stone, Ryan Reaves, and this guy named Eric Fehr (should ring a bell by now) just to name a few. Perry Bergson, a reporter for the Brandon Sun said he’s “a shrewd judge of talent, which should translate to the NHL nicely.”

But just like Batman, there is that dark side. McCrimmon has never managed at the NHL level. He’s had opportunities to make the jump, but never did, and now that he’s here and in the second highest position in the front office, his decisions will have a major impact.

Maybe not so much with a guy like Reid Duke, but you better believe the Golden Knights will be working that WHL pipeline when it comes to the Expansion Draft and of course the first few Entry Drafts.

If he’s right, Vegas’ Dark Knight will be a bigger hero to the valley than Batman is to this kid. But if there are countless duds that can be traced directly back to him, it’ll basically be the sequel to this. 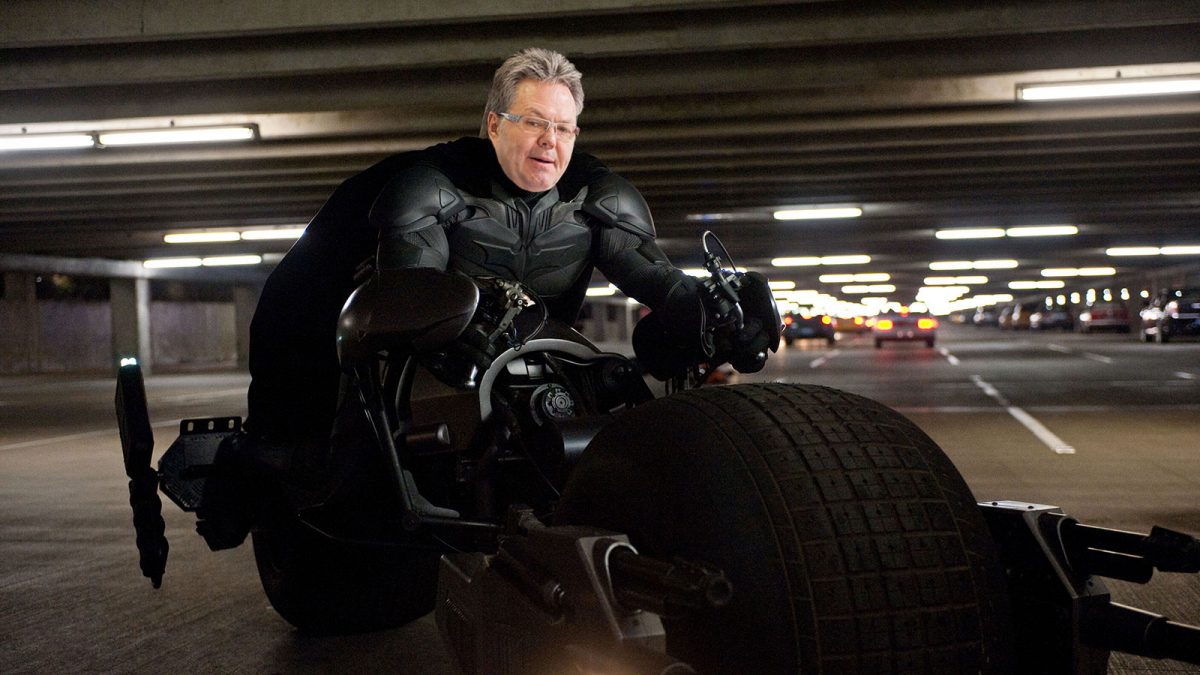