Creating Lines After Breaking Up The Misfits 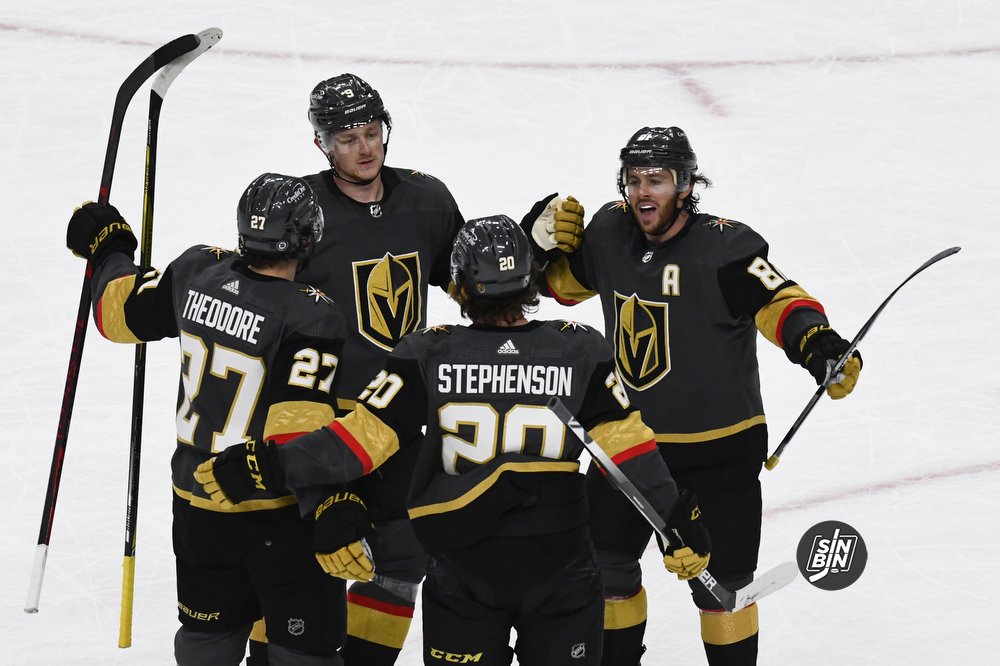 As we shared earlier in the week, Bruce Cassidy says he wants to break up the Misfit Line to see if he can find other combinations that can elevate the rest of the 12-man forward group.

The Golden Knights still have some work to do this offseason, which may well include the signing of a veteran forward, but for the sake of this article, let’s just use the group currently under contract or soon to be (Roy, Kolesar, Leschyshyn).

Here are five different options, including one in which each of Marchessault, Karlsson, and Smith are on three separate lines.

The simplest path is to take Marchessault away from Smith and Karlsson and stick him on the other top line with Eichel and Stone. Then we need to find a replacement Misfit. Well, the Golden Knights just signed a little forward with a nasty shot who has been underestimated his whole career. His name is Sakari Manninen, and over the past few years, he’s done nothing but score massive goals. That leaves Stephenson to anchor a third line with a scorer on his right and a speed merchant on his left.

Many moons ago there was a center who played between Marchessault and Smith that scored 43 goals in a season. The days of Karlsson doing it appear to be over, but there’s no reason Eichel couldn’t thrive between them. The idea of Karlsson with Stone is also intriguing as they’d be lockdown on defense and Stephenson’s speed could have them killing teams in transition. The bottom-six is a bit barren and would require either Roy and/or Howden to have a big year to keep it afloat.

In 2019 during the IIHF World Championships, Team Canada ran out a top line of Stone, Marchessault, and Pierre-Luc Dubois. They dominated game in and game out during that tournament and Eichel is an even more talented power forward than Dubois. This also leaves Smith and Karlsson together which has been successful with just about anyone else with them. Stephenson produced offensively even without Pacioretty or Stone last year which hopefully will continue with Roy and Kolesar.

Placing the best two defensive forwards on the team with Eichel should make for a dominant top-line that can take the toughest minutes every night. Roy makes perfect sense as a replacement for Smith on the Misfit Line. On the 3rd line, we have the need for speed and should be a nightmare to play against. The 4th line would need to just hold their own.

Split Em All Up

Actually, it’s not as bad as you’d expect. It’s easily the deepest of the options presented here and the top-six really only requires Howden to take a step forward. If he can do it, there are matchup nightmares galore and all four lines should be able to chip in offensively.

Should The Golden Knights Trade For Matthew Tkachuk?