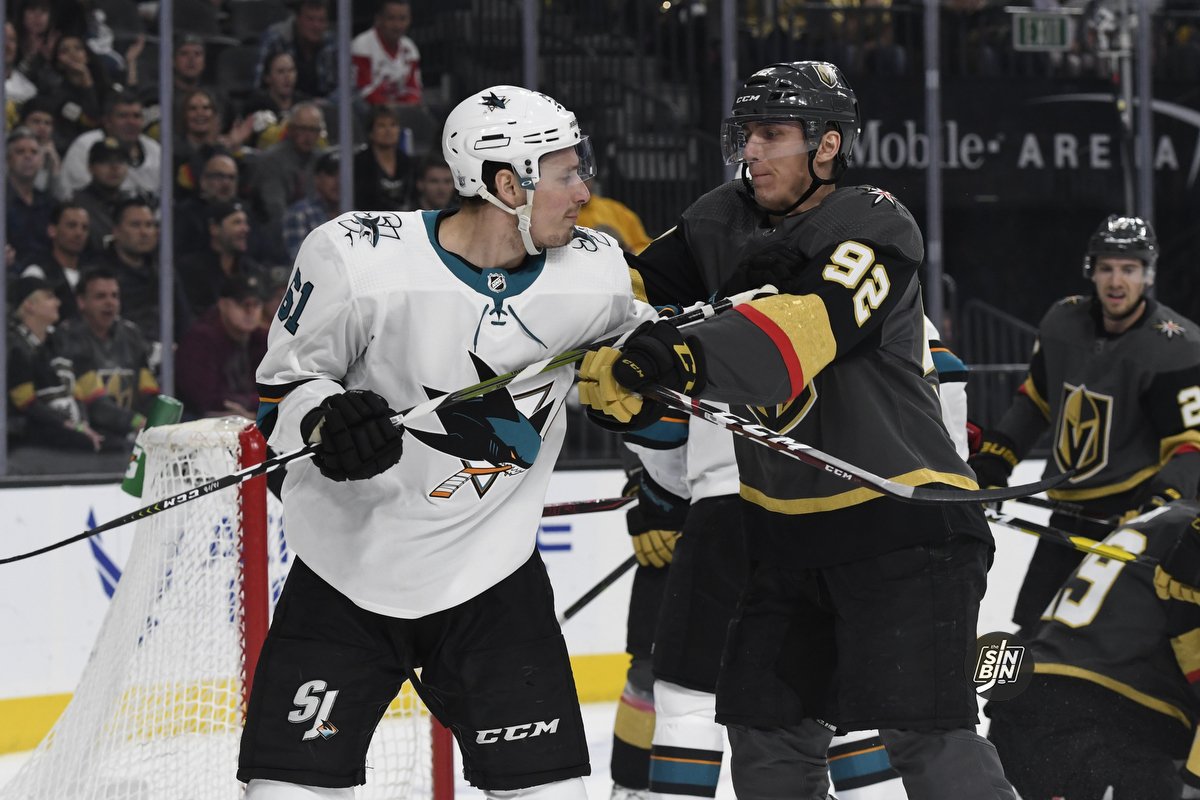 It’s been a season of trial and error, which was expected. After news broke that the Golden Knights were notified during Tuesday’s game that Tomas Nosek tested positive for COVID-19, many wondered how the league would handle Vegas’ latest case. Also, how and why the results were delivered so late allowing for an infected player to dress and play. Would Vegas have to shut down and delay operations or carry on without their fourth-line center?

Tomorrow night’s game in Las Vegas between the Golden Knights and Ducks remains scheduled to be played at 10 p.m. ET/7 p.m. PT. Rapid PCR Point of Care tests will be administered to all Players and staff on both teams in advance of that game (in addition to the daily lab-based PCR testing) and any decision regarding potential postponement will be made by the League’s, NHLPA’s and Clubs’ medical officials, following all COVID Protocols and local and federal regulations.-NHL

Up until now, a player being pulled from a game had only happened in the AHL, one played right here in Vegas. So, I’m sure the NHL’s judgment had to surprise even the Golden Knights organization.

Earlier this month, Vegas GM Kelly McCrimmon was asked about that exact situation, and you can’t blame him for not really having an answer. His only frame of reference was a similar situation that occurred when a player from the San Jose Barracuda tested positive during a contest against the Henderson Silver Knights.

I don’t know what type of testing they were using. The NHL protocols are PCR testing everyday. I don’t know what exactly San Jose was doing, I can’t speak to any of that. So, I really don’t know the answer to that question. The situation you referred to, to my knowledge hasn’t happened at the National League level. I’m not 100% sure about that but I haven’t heard if it has.-Kelly McCrimmon on February 1st, 2021

One of the uncertainties the league should address is testing on gamedays. As we watched on Tuesday night, Nosek played two periods before the team was alerted. The 28-year-old center’s last shift was the final 10 seconds to close out the 2nd period. It was clear neither Nosek or the coaching staff were aware of the situation brewing behind the scenes.

As it turns out, gameday testing results aren’t delivered in a timely manner. According to McCrimmon, results are returned later to the team and the league that same day. Now we come to realize the outcome could come as late as 9 PM PT.

We got those results back that day. The National Hockey League has the same company that tests all 24 US-based teams. The results of those tests arrive at the NHL and the club level simultaneously. So, the NHL is fully abreast of when positives are recorded not only in our organization but across the National Hockey League. -McCrimmon on February 1st, 2021

It just brings up so many questions, all of which are not detailed in the league’s COVID protocols nor have been answered by anyone from the NHL. If test results are commonly coming back in during the game, it’s highly unlikely it took a month for a team to have one come back positive.

The bigger question might be as it particularly pertains to Vegas. There have only been two known cases of test results coming back mid-game and both tests were administered in this city. The AHL preseason game was suspended while the NHL continued on with just the removal of the positive tested player.

Some games go on, some are postponed. Some teams lose 15 players while others can isolate it to one. Some players miss weeks, others days. There’s no semblance of consistency that anyone can find.

There’s still plenty of time for the league to sort this out. Everyone is learning on the fly and it’s perfectly okay to admit failures in the past. But so far, it seems like the league is just playing a giant dangerous game of damage control.

We always knew the NHL was going to be up against a very infectious virus, we didn’t know they were going against themselves too.