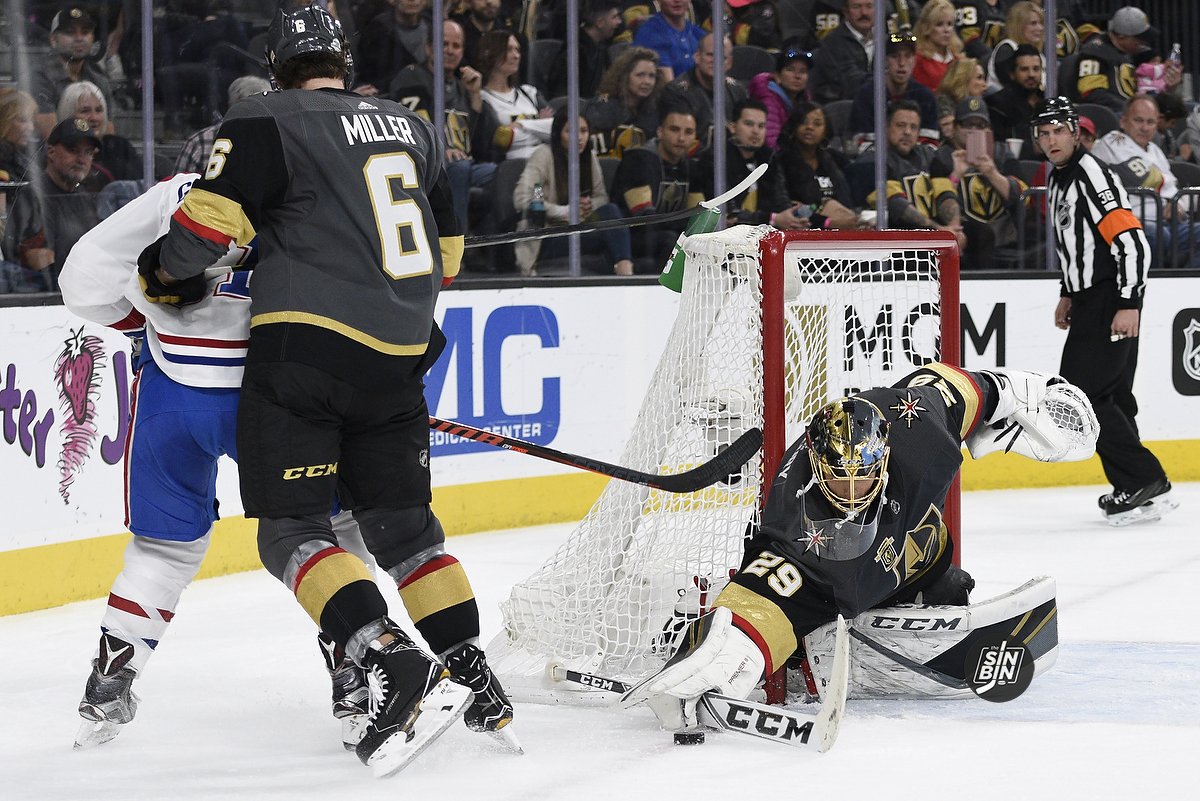 TSN’s Darren Dreger reported this week the Montreal Canadiens are looking to bolster their blueline. The Golden Knights are expected to make some moves this offseason and 26-year-old defenseman Colin Miller could be one of the players involved. We’ve speculated Miller could be moved in an attempt to make space for Golden Knights defensive prospects (Nic Hague, Jimmy Schuldt, Zach Whitecloud) and continue to build up organizational depth.

The sense that I’m getting is that (Bergevin’s) in the market for a good young defenseman. I don’t know who that might be, but if that’s what he’s looking for than he’s going to have to give up a good player or players. -Darren Dreger, TSN Montreal

Other defensemen rumored to be available are Islanders’ Nick Leddy, Toronto’s Nikita Zaitsev, and Calgary’s TJ Brodie. All three cost $4.5-$5.5M against the salary cap, and two shoot left-handed. Miller is more affordable (3.875M) and carries a right-handed stick.

Are there players, or is there a player that maybe didn’t have as good of a season as the team or the player expected last year of has struggled the last couple of seasons? Maybe that individual needs a change of scenery. -Dreger

One thing Montreal will take into consideration is Miller’s disappointing 2018-19 season. Accuracy was a major problem for Miller shooting a career low (2.3%), only edging out Deryk Engelland (1.9%) for the worst percentage for Golden Knights players with a minimum of 100 shots. The Canadiens front office could see that as a good problem. Montreal defenseman Shea Weber has one of history’s most lethal shots, and this could add some vital assistance.

There’s a lot of talk. There’s a lot of chatter out there. I’m going to be curious see how much of it is connected to the RFA, the restricted free agent pool. I look at the Vegas Golden Knights… they don’t have William Karlsson signed yet and they’ve got a lot of money. They’re at the cap and they’ve got players that they’ve got to attend too. I think more than ever, there are so many contracts that potentially are trying to be moved. I had a high profile player agent tell me the other he thinks there are at least 35 contracts in the league that are in play. -Dreger

Another note to mention is Montreal GM Marc Bergevin tends to make a splash early. Over the past few years Bergevin has traded for Shea Weber, Jonathan Drouin, and Max Domi in mid to late June. Miller’s not quite a big fish but he could fill a large need for the Canadiens.

To what degree and what is the willingness from Montreal’s standpoint to put up a good player, or players, or prospects, or draft picks to acquire this piece. -Dreger

The Golden Knights front office are clearly comfortable working with Bergevin after both parties came away satisfied after the Max Pacioretty trade late last summer. Who knows maybe both teams will work on future deals together. Possibly starting this Saturday.