Could Deryk Engelland Be A Future VGK Coach Or GM? 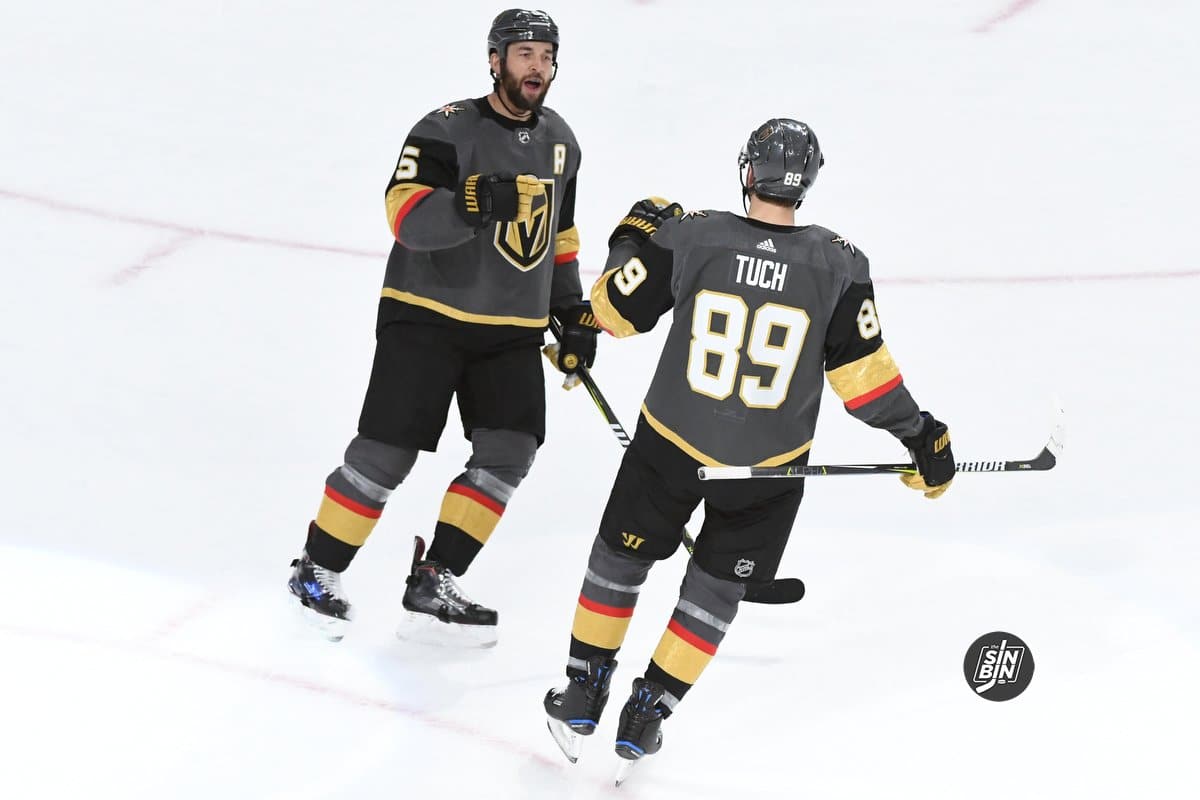 It was always a foregone conclusion that Deryk Engelland would somehow wind up working upstairs for the Golden Knights. Once selected in the 2017 Expansion draft, no one knew how long the defenseman could hold a full-time on-ice position. Engelland held that role proudly for 2.5 seasons. Possibly longer than some expected, and maybe even himself.

I think I can still play. I know I can. For me and my family we decided it was best to stay here and be part of this organization for years to come. Could have went and played, but at the end of the day I wanted to be with this organization. -Deryk Engelland

Early on, the elder statesmen became an organizational favorite, a locker room favorite, but more importantly, a fan favorite. It was a role he relished and didn’t take for granted. That chapter has ended for the 38-year-old as he prepares for his post-playing career journey.

The Golden Knights franchise announced Tuesday that Engelland was named the Special Assistant to owner The Creator. While the job description hasn’t been detailed yet, the 11-year NHL veteran is thrilled to stay in his hometown and with the organization that believed in him back in 2017.

We’re very grateful to have started and ended here. I know the playing career is coming to an end, but I’m excited for the next chapter of my life and being a part of this organization for years to come. -Engelland

It’s new territory for Engelland. All he has ever known is the ice, the dressing room, and plane trips across the continent. So figuring out where fits long-term will take time, but for now he wants to get his uncovered hands wet, leaving every option available. Including going down the path of a coach or a general manager.

I’m not going to close the door on anything. I want to get my feet wet and kind of dip into everything and see what it’s about and what it’s like. -Engelland

Engelland is well thought of around the league and clearly with this organization. We’ve been told countless times by players, coaches, and figureheads how adaptive and smart the former defenseman is. Naturally, a player with his reputation can be valuable to a front office.

It will take time, but Engelland will eventually become established off the ice. At this point, any role will help him find his way.

Take the next year to see how it all goes. If it’s charity, coaching, TV, anything to dip into everything and see where it goes from there. See if things really stick out to me.-Engelland

As an older defenseman in a younger league, he became a leader in Vegas and helped mold younger defensemen into reliable defenders and professional men. From Shea Theodore to Nic Hague, the younger players learned how to learn, play, and act like professionals. This is why a coaching position down the line might be suitable for Engelland. Being well-respected amongst the players, including the younger ones can go far in today’s league.

Try and be a part of everything and see where it goes from there. -Engelland

As we congratulate the 38-year-old for leaving the game on his terms, his presence will still be felt around town. From charity events, to building an alumni department, to assisting younger players as they prepare for the next level, Las Vegas’ local hero will be visible.

My prediction, is someday we’ll see Deryk behind the bench building his reputation from a leader on the ice to a leader off the ice.

Congrats to Deryk and his family as he carves out a new role in this league.